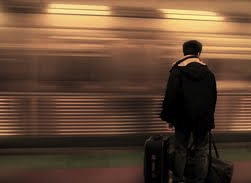 Globalization, internalization and cosmopolitanism are some of the terms that could be used to characterize the picture of the 21st century.  Apart from travelling being trendy today, these terms also refer to the increasing volume of migration, expatriation and other types of geographically mobile lifestyles. Compared to a few decades ago, company-initiated international assignments have become a natural part of a career path, self-organized work placements abroad are perceived as CV boosters, and international student exchanges are promoted as valuable experiences for future skill demands.

Thus, the typical person of the 21st century is expected to be open-minded, culturally intelligent, excited for change, quick to adjust, and feel ‘at home’ wherever he or she resides. From being citizens of our hometowns, cities or countries, we are expected to become world citizens, or globalists. But are we really living up to these expectations? A recently published New York Times article suggests that this is not the case and proposes a critical view of the perceived ease of mobility.

The author of the article Susan Matt, a history professor at Weber State University, argues that although the global desire to leave home may give some new opportunities and benefits, there are still inevitable psychological costs. Referring to her own extensive research, Matt states that ‘many people who leave home in search of better prospects end up feeling displaced and depressed’. So, although the view of a ‘globalist’ with no home ties or nostalgia seems appealing and fitting for this globalized world, the reality shows that homesickness is still there… it is just not spoken about. In fact, Matt argues that nostalgia, or homesickness, that frequently accompanies life abroad is rarely discussed, as it seems to be an impediment for the highly promoted globalization.

Moreover, the development of modern technology enables us to ‘facebook’ and ‘skype’ with our friends and families almost anywhere and anytime, which makes it even more difficult to confess the pain of being away from home. As discussed in one of my last year’s blog post, social media does indeed help to keep expats, and respectively other migrants, in closer touch with their families, thus reducing ‘ expat blues’. However, does it solve the problem?

Apparently not, as homesickness continues to trouble those that live abroad. For example, expatriate surveys continuously report difficulties with adjustment to the new country, which are likely to be partly due to the nagging homesickness, as one of the main expat challenges.

To conclude, the discussed article helps to more critically reflect on the perceived ease of becoming a global citizen. People are becoming more culturally aware, internationally minded and open to new experiences; however, family ties, a sense of belonging to your community, established relationships and proximity of one’s home are strong and enduring aspects that still matter and make ‘going global’ more difficult than it seems.