Skip to content
By Blog Network Staff
The cloud is changing the way we receive, use and disseminate information, says Prof. Eli Noam of Columbia Business School. As well as convenience to users, the cloud raises moral and legal questions, as well as the need for revenue flow apart from advertising. Data can be personalized and privacy and security issues can be offset against the increased scope for data protection (read the transcription below the video). 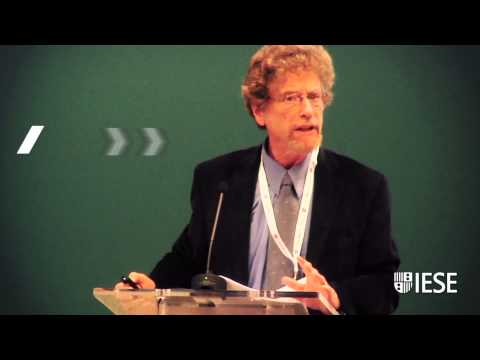 Into the Age of Cloud TV

The reason why clouds will dominate the media is as follows: The first reason is the diversity of options. See, in the olden days that I described, when everything was standardized and harmonized, things could be… basically there wasn’t very much competition on the technology level. But that is now changing and so all these elements that I showed you will be provided in multiple forms by multiple companies in multiple countries, and it will be much more dynamic, more competitive, more diverse.

Standardization, or the lack of standardization, is going to be a major factor for a cloud, because instead of having to agree on common standards, which would be totally impossible, the cloud provider will provide the translation devices between services, between the different technology standards for the storage of content or applications or whatever, it’s kind of a… so you don’t have to have standardization.

Now, the third element is the convenience to the user. See, right now, if you have multiple technology solutions, you could do this on the consumer level. The fourth element is law and regulation. Here the logic is as follows: it means though that in a globalized media system that a media provider has to conform to the rules and regulations of different countries, not only on morality, but also on liable, on copyright, and what have you.

My fifth factor is finance. When you have all these providers: applications, content module storage, what have you… They have to be paid. Advertising is not the only mechanisms of being paid for. There have to be some flows of revenue kind of moving and distribution. In the cloud at the centre in effect acts as the settlements in account mechanism. Marketing, branding and quality control are similarly important in a way that Apple istore is giving you some kind of confidence that what is going to work is not going to blow up the system and has been tested according to some criterion or whatever.

You have some brand, a trusted brand, or a brand for cheapness, or a brand for daring or whatever it is that people come to that brand for. Privacy and security similarly, although clouds obviously have privacy problems of their own, but they can also give you some protection of security and privacy if they so wish. And lastly, personalization, which is kind of using the data that they’ve collected enormously along the lines that Google has been doing now for years and applying this across the board; data collected in one kind of activity to other activities and making, personalizing the media activity.

3 thoughts on “Into the Age of Cloud TV [Updated]”