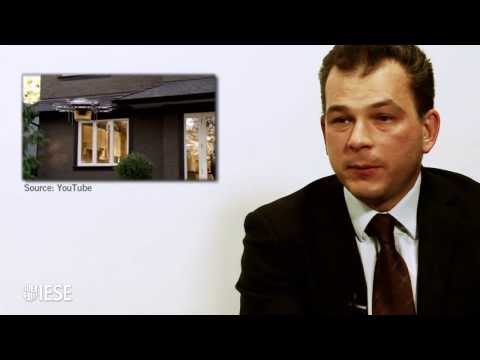 Last month, on December 2nd, Jeff Bezos, the CEO of Amazon, appeared on 60 Minutes and made an announcement that for many appeared to come out straight from a sci-fi movie.

What Bezos said was that Amazon was testing a new type of delivery service: delivering small packages via drones or small unmanned aircrafts. Bezos even showed the promo video of a small kind of Star War-ish looking 8-propeller drone taking off with a small package at an Amazon fulfilment facility and then making the landing at the suburban house.

So, the comments really varied widely. People talked about privacy concerns. People also mentioned security concerns and work conditions at Amazon distribution facilities, for example. Ultimately, most commentators agreed, at least, on two things. First of all, that this kind of delivery service is not going to be feasible for years to come. At least until the FAA sorts out regulations for using this kind of unmanned aircrafts for commercial purposes.

Secondly, most of them basically said: “Come on, this is just a PR stunt. This has nothing to do with what’s going on really. This is just for attracting attention to the company.” Industrial robots have become a very important, a very integral part of operations, of distribution, of manufacturing at many companies across the world.

As the price-performance ratio dropped, as we started to accumulate some critical mass, as we started to learn how to elaborate shared IT infrastructures, a lot of that cool stuff started to spill from the enterprise into the consumer world. And if you look at what kind of technologies we use today in our everyday life, many of these are actually as powerful, or sometimes more powerful, than what we have in the enterprise.

Then the question becomes: Are we actually on the cusp of a similar consumerization wave in robotics technology?  And those really cool, really powerful things that robots do today for manufacturing, for distribution… Are we going to see similar things in our homes and in our offices? And, in fact, a lot of these examples are already starting to happen.

Things have evolved quickly and in a very significant way for us as consumers from there on, as well as for the companies that launch these products, as well as for many industries, in general. So, let us see how it will be this time around.

Evgeny Kaganer is an Associate Professor at IESE Business School where he teaches MBA and executive courses in digital business, IT strategy, and virtual enterprise. His research focuses on social and mobile technologies and their impact on individuals, organizations, and business models. His recent work traces the evolution of crowdsourcing and its growing impact on business.

3 thoughts on “How Soon Will Amazon Deliver by Drone?”