Mireia Giné is Assistant Professor in the Department of Financial Management. She received her Bachelors and an MSc in Economics from Pompeu Fabra University and her Ph.D. from University of Barcelona and was a visiting scholar at MIT (1999) and at the University of Pennsylvania (2000-2001). Prof. Giné spent more than ten years at the Wharton School as a Director at Wharton Research Data Services (WRDS).

In this blog post, she shares her unusual career path that brought her to IESE, her research work on the gender wage gap and the learnings she imparts to her daughters.

What was your path prior to joining IESE?

My path was not a straightforward one. When I finished my PhD while visiting the University of Pennsylvania, I was at a stage where I needed to do something more practical. That’s when I joined a start up at Wharton called WRDS – Wharton Research Data Services and it ended up being a very lucky choice. We started in 2000, when fintech was just beginning to get traction and we came up with an interesting solution for researchers who use financial and economic data. It was a project for Wharton but also completely scalable. The market was there and the marginal cost of additional client was zero, which made it an interesting business proposition.

What did you study in your PhD that led you to this?

My PhD was in economics, however, with a philosophy bend, if you wish. There is a fundamental assumption in economics that agents are rational, which has been questioned by psychology and philosophy to come up with models that are more realistic. If you change some basic assumptions of agents’ behaviour, does it change the results of the model? For example, if you assume that analysts have limited attention spans, does it change the way the information flows through financial markets?

My thesis was on this topic. Was it connected to the start up? Well…. No, not at the beginning. It was something that seemed to be extremely interesting and it was a breath of fresh air to work with people from different backgrounds – we were four in the initial team, most were computer scientists and they needed someone with knowledge of economics and finance and expertise on how researchers operate.

What was the essence of this solution?

We built a platform that delivers data from 60 different providers (FactSet, Thompson Reuters, Compustat…) in a unified way. Through data design and web design we lowered the technical bar for using data in an academic environment. We have become a meta-provider of data, sort of like Google Finance for academic research. At the beginning, it was very technical, as you can imagine. We called ourselves not a start-up, but a start-down – sitting in a basement, trying to solve technical problems, coding – that was our life for the first two years.

Yes, 80% of my activity was coding. Being an academic working with data means coding 80% of the time. If you are not a good coder it is very hard to have a successful career. So these ten years working at WRDS gave me the skills to be very effective in my second career as an academic.

Growing up, did you think this would be your career?

Not at all. I always liked the challenge of learning, and it was a big priority at home. Someone who really influenced me was my granddad. I was very close to him. I think he put a lot of important seeds into my character and my interests. He was a professor of textile engineering, which at that time was a relevant industry in Catalunya. He was part of a group of academics that set up the first engineering university in Terrassa.

Yes, he was entrepreneurial. At the time, there was less weight put on research and more on really building the teaching infrastructure for Spain, which just came out of the civil war. There was a strong sense of public service in that generation.

Is that what partially motivated you to teach?

Yes, I think I have a strong sense of public service. It gives me a tremendous amount of joy to be in class. It is a challenge, but it gives me a lot of happiness. I have come to realize that my students keep me on my toes in terms of an attitude in life. Being a professor allowed me to reflect more on the positives and the negatives of my character and try to improve my weaknesses. 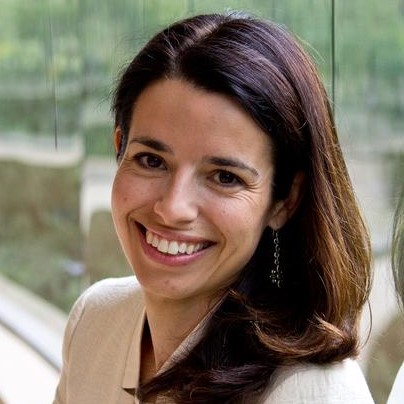 You were a part of a finance panel during the Women in Leadership conference we had here at IESE. You mentioned the pay gap among executives and wrote a paper about it.

Yes, I authored a paper with two other female professors from LBS and Boston College, Francesca Franco and Mary Ellen Carter. One of our surprising findings was that we could link the wage gap to the differential in risk-taking. There is an assumption originating in psychology that women take less risks than men. Overall, we can say that females are a little more risk-averse. If this is the case, could we observe that the incentives in pay packages are more risk-averse/conservative for women? We saw that, everything else accounted in terms of differential in tenure, experience, education, the incentives for women were indeed more conservative.

It is not necessarily a bad thing, right?

No, it is not. It can lead to better decisions. But we were exploring a different perspective: women negotiate packages that have softer incentives because they are less of a risk taker, which leads to compensation that grows at a slower pace. The pay wedge may exist precisely because of that. If I had to run a workshop for women, I would focus on improving negotiating skills. It is really about the soft skills.

This research made me realize that there are two types of barriers to a higher representation of women in board positions, the C-suite of big companies or even as tenured professors. There are external roadblocks, but there are also inner barriers that women might carry, things that are subtler. I am interested in, for example, how social norms might be slowing down the participation of women in certain areas.

Can you give us an example?

Well, the saying goes there is a glass ceiling in the work force, but could there be a glass ceiling in the household? Or in the way we are raised? At that panel I talked about the relative contribution of women to the household economy and what is interesting is that we see a discontinuity in the distribution – there is a jump, a cut at the 50%. And this cut at the 50% is very hard to explain.

How can we try to explain it?

The social “unspoken” norm is that your “partner will provide”. This providing is often associated with making more money. But it could be in a more general manner – helping with the education of the kids, chores in the house, non-pecuniary tasks. And you can take data from the US or from Spain or Italy, it is going to look exactly the same. There is a much lower proportion of women that contribute 51% of the household income versus 49%. Strange. Why is there a jump? Could it be because households tend to avoid the situation? If that is the case, why so?

It really struck me when you said that women are poorer negotiators in the workplace because it goes against the notion of what women are supposed to be better at – understanding emotions, reading facial micromovements, which is something that supposedly makes you better at negotiating. So there must be some sort of psychological reason behind it.

If women are perceived as negotiating in a very competitive fashion, it can lead to a negative outcome for them. Whereas for a man, being competitive is a positive trait. It seems harder for women with the same attributes as men to negotiate their pay packages. When they finish their MBA, for example, in general women have lower starting salary within a chosen industry.

What is your topic of research at the moment?

I am working on something that I find fascinating. As you know, Blackrock manages trillions of dollars and keeps on growing, it is the largest shareholder of 1/5 of the US public corporations. The question is, how does the presence of these, as we call them “universal owners”, the Blackrocks and the Vanguards, change the way firms behave? Is it going to change the way companies compete and innovate? When there are natural competitors, let’s say, Apple and Microsoft, with 20% of their shareholders being the same, you may wonder what the message is to the executives that are leading those corporations.

This is a fairly new phenomenon and we need to start thinking about it. These large shareholders have a portfolio of companies and it is in their interest to maximize the value of this portfolio, not the value of a specific company. How will this impact corporate decisions in terms of investment, innovation, which is the main motor of growth and which has been decreasing in the last 20 years, what is going to happen to the incentives of executives.

Do you feel that government regulators will start looking much more into this?

They are starting. The US department of Justice are very interested in a situation when you veto a large M&A transaction because these are two large corporations that may endanger the competitiveness of a certain sector, but you need to consider who the owners are. It could be that there is an M&A of two smaller corporations, but they are owned by the same guys and merging them depletes competition as well. We need to start talking not only about market power in a sense of the revenue share, but also in terms of ownership structures. 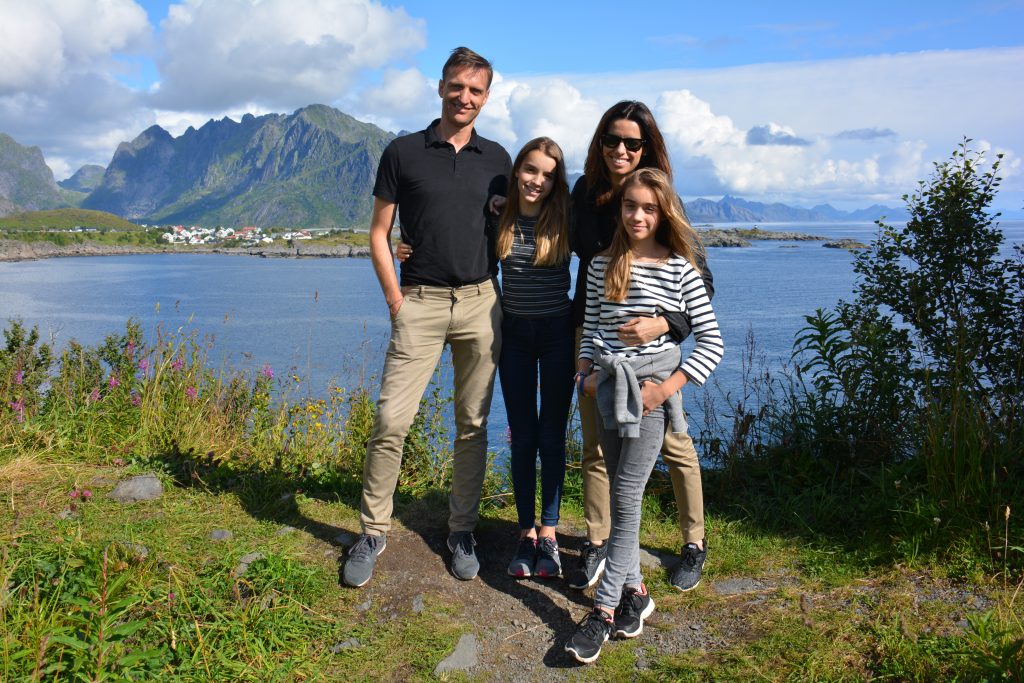 Professor with her family

When you have some free time, do you engage in any projects or hobbies?

I force myself to stop working. I am a big outdoors person. I competed in modern pentathlon for years before starting my PhD. We wanted to make it to Olympics, but alas! women pentathlon at that time was not an Olympic sport yet.

You almost broke that ceiling!

Haha, I trained and competed so much that I still do a bit. I run and I hike a lot. Another thing that I love to do is go to the theatre.

You have two daughters who are 12 and 13. Do you ever think about what you should impart on them in order for them not to have the same psychological roadblocks that we talked about earlier?

Always. My eldest daughter is sometimes perceived as bossy and that has been an issue we discuss. It is important to learn how to present your ideas in a fashion that is not threatening to others. On a positive side, I really want to promote the sense that they can do anything. When I say anything I mean, really, anything. Even the things that they are not good at. They can do it, but they have to work for it. No excuses. Ask for help, always. And be interested in things. Be interested in people. Ask questions. I want them to find the thing that really makes them tick and to be interested in their surroundings.

Many thanks to Professor Giné for her time.

Memories of my exchange term at IESE, fall 2019 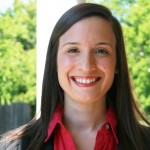 My Journey to IESE’s MBA

Giving the Opportunity to Care