On January 24th, 2018, the IESE Women in Business Club hosted the 3rd Annual Women in Business Conference with the theme “The Power of Balance: Defining and Owning Your Own Success”. The club collaborated with over 30 speakers, panelists, and moderators, received support from over 10 sponsors, and welcomed more than 330 attendees, making this edition the largest IESE Women in Business Conference to date. In this post, lead organizer Giovana Lemes Galvao sat down with Stefania Males and Faith Xu , her fellow co-organizers (all IESE MBA Class of 2018), to look back and reflect on all the planning and work which started back in April 2017.

Giovana: Girls, we did it!

Stefania/Faith: [laugh] Yes, we did.

G: Shall we look back on some of the most memorable parts of the conference? What was your favorite part, or rather, what did you enjoy the most about putting together this conference?

S: To me, it was basically the day of.

S: When you manage to get it done and it works out perfectly, and you get people coming to you with positive feedback.

G: That’s true. Seeing it all together, seeing the results. Because we work on so many tiny different parts that we don’t see it as a whole until the day of.

F: Yeah, from my part, since during the day I was taking care of all the speakers, getting the feedback from them that they resonated with the topic was my favorite part. It was very fulfilling to see that we also bring value to them as they contribute to the conference.

G: I agree, seeing the impact not only on the people who attended, but also on the speakers. It proves that it’s not just one thing we’re doing, we’re actually making an impact all around.

S: Yes, some of the speakers and panelists even stayed for the other panels and workshops and they were super involved.

G: What was something that surprised you or that you didn’t imagine being a part of the process?

F: I realized that people have different agendas and schedules and they can change quite a lot and unexpectedly. We reserve spots and then speakers say at the last minute that they cannot attend. Having sponsors drop out and speakers drop out after they had already been scheduled was very hard to foresee and manage. We really have to stretch our flexibility here and that was very surprising.

G: I was surprised by the amount of work involved. I mean, I knew it would require a lot of work, but as I mentioned before, I didn’t imagine there would be so many tiny little pieces involved.

S: I agree. Last year I worked on Operations so I knew what that entailed but I wasn’t involved in the other aspects of the planning. This year I got to see all the other parts that come up that we just need to tackle as we go.

G: And what was some of the most memorable insights you took from the speakers? This year we had quite a few keynotes, Laura Ros from Volkswagen, Belen Moreu from Pepsico, Florentina Totth from Schneider Electric, Purvi Gupta from Homeward Bound; we had our first Fireside Chat with Mireia Ribott from Gas Natural Fenosa; and not to mention all the amazing speakers in the panels, including Finance, Consulting, Tech, Entrepreneurship, and Alumni. What were some of your key takeaways?

F: They were all so inspiring!
S: I really liked something Laura Ros said. She said: “You are the master of your future… Your life depends on you. You are your own head of human resources, do not delegate your future to anyone else.” That really resonated with me.
F: I really liked one of the points that was made in the tech panel: people first, innovation second.

G: True. I was also very intrigued by Belen Moreu’s notion of unlearning things. We’re always so focused on learning new things; I had never thought about purposefully unlearning and letting concepts and ideas go.

F: I think Andrea Gonzalez also had a very powerful message. She said: “Everyone’s going to have an opinion when you take a big career risk, like starting your own business. What matters is your opinion.”
S: That ties very nicely with the theme of the conference this year too. 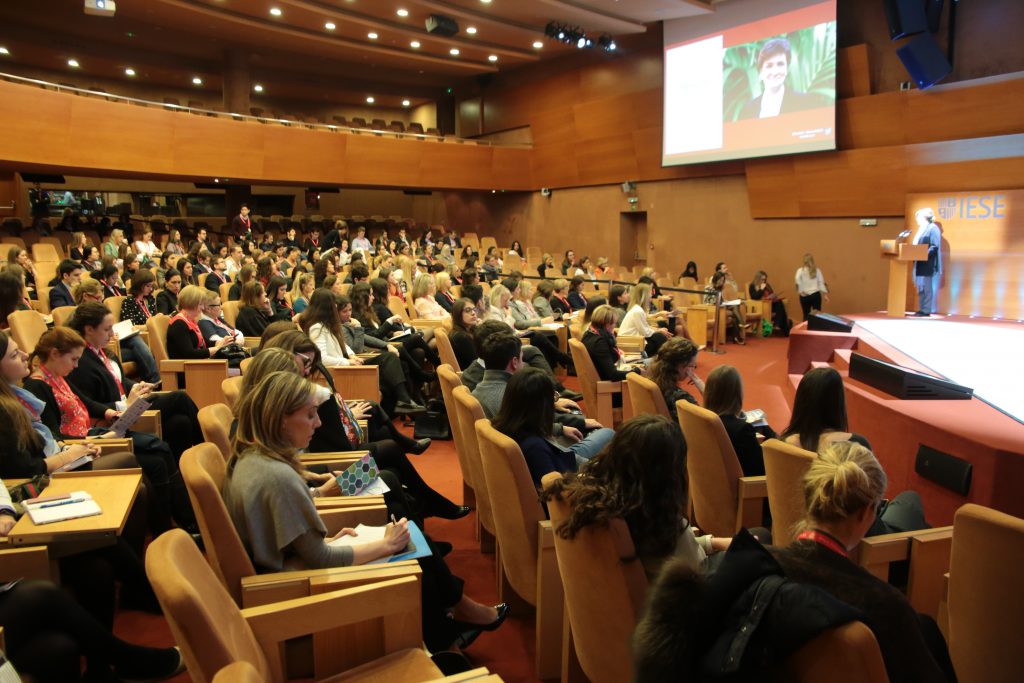 G: And prioritization. Keep in mind we had been working on this since April of last year, so we’ve had classes, summer internships, international modules, job search, etc. Being able to manage our time and prioritizing what we were doing were key.

S: I would also add leading and managing teams, which can also be something that I gained. We had some training in the MBA and here I was able to implement some of the ideas and tools. And it’s not something I just applied, but also improved upon and learned more about.
G: Another skill I got to practice was the ability to look at things holistically. It was very important to be able to take a step back from time to time, look at the whole picture, and then dig into certain areas, and then back out again.

F: For me, the networking skills we learned and how to leverage our existing resources were really key. I kept asking people where they did their internships, if they could introduce me to their contacts, and really using every resource, like LinkedIn, professors, and networks.

G: I agree, and, Faith, I know you and I worked a lot on scheduling, so we had to be very flexible. At times we didn’t have enough speakers, then suddenly we have 7 for one panel, and we’re asking ourselves, what do we do? So I definitely learned to be more agile.

G: If you could go back, what would you have done differently?
F: I realized that in order to get some of the speakers and sponsors in, we would have had to contact them early and leverage other contacts to get to them. So for me, definitely timing.

S: I would say sticking to the original plan. We initially wanted a shorter conference and we lost track of that on the way, perhaps trying to please everyone and trying not to fail.

G: I agree with both, timing and planning. With that said, I wouldn’t change anything because I think we learned a lot. We tried a lot of new things this year, like the Fireside Chat and the simultaneous sessions and Workshops, and we would have never known whether they would work or not unless we tried it.

S: I think we were very stressed out about the timing and planning at some point. But then we saw so many people reaching out, so it’s really not necessary to start that early, unless you’re really looking for specific speakers. At one point we were even considering canceling everything because we didn’t have enough speakers and sponsors lined up.

G: [laughs] I think that was just me stressing out.

S: [laughs] But then we ended up getting more than enough and having to say no, which is also something we learned, so unless you’re trying to get specific speakers and sponsors, I think the timing was fine. 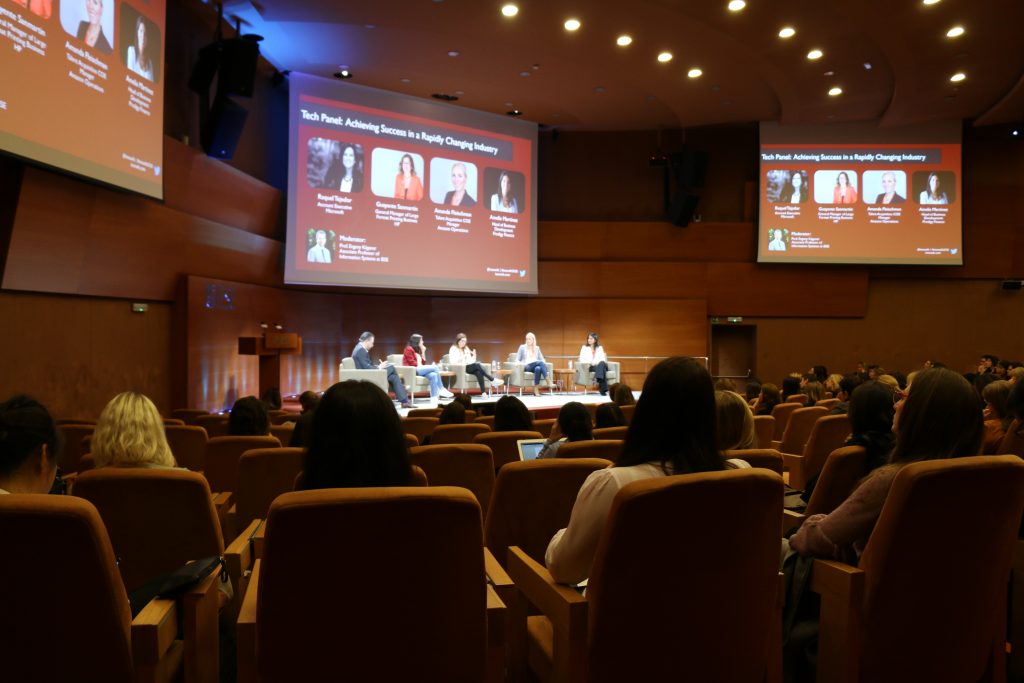 A full day of insightful and engaging discussions, workshops and fireside chats with inspiring female leaders

G: This brings me to my next question, how did you guys manage the stress of putting on such a large, high-visibility conference together?

F: The most stressful part for me was the moment when we did not have enough speakers. What I did was I kept going. If things didn’t work out, as in if a speaker said no, then I moved on and tried another way.

S: Yes. It should be something we enjoy doing.

G: Let’s see. Would you do this again in the future?

S: I would do it any time! I was thinking of volunteering for TedxIESE and I saw that they do it in Peru as well, so I would like to be involved when I go back. I like organizing stuff. I am doing it now for my wedding as well. And it’s crazy, but I enjoy it.

G: I think the same for me. I’ve done smaller events, but definitely nothing of this magnitude when you have so many stakeholders involved and you’re representing the school. But it was fun, I learned a lot. So yes, I would do it again.

F: Yes, it is. Meeting new people during the event, having people wanting to stay in touch, speakers offering to answer further questions, making friends, or even finding a mentor.

G: Nice. Ok, last question. What’s your advice for the new leadership team who will be organizing the event next year?
F: Having thick skin!
G/S: [laugh]

F: Really, thick skin. No matter what happens, just think together for a solution and you will make it through. We made it with three people and next year you will be a larger group, so you can make it through.

G: My advice is don’t stress out. This is supposed to be something that you learn from and enjoy doing! If you’re stressed out you’re not paying attention to what you’re doing, or doing it the best you can do, or thinking about how you can do it better. So slow down, take it easy, and have fun.

S: I completely agree and would add it is super important to communicate properly and clearly. Be clear on where you’re going, what you want to do, what you’re thinking about, and try to translate your ideas clearly to others. In my case, in Operations, perhaps I wasn’t as clear as I should’ve been with volunteers, so it’s a place I personally could have improved.

G: I guess another thing I would add is to pay attention to the team dynamic. For the three of us, it was a very small team and we know each other, we’re friends, so it was easy to communicate. If you have a much larger team it may be more difficult to communicate, so just pay attention to that dynamic. Don’t assume that people know what they’re doing. Don’t expect that people know what is expected of them. Make sure you communicate.

F: And something that we did this year was to keep the speakers updated. Prompt, frequent, and honest communication to speakers and sponsors is key. Letting them know for example, that in December we’re sending them guidelines for the panel, in January we’re sending final confirmations, and letting them know when we’re expecting deliverables from them, such as presentation decks, videos, etc. For the panels, notifying the moderators in advance so they can brief the panelists before the panels start is definitely something you should continue doing. And make sure there are plenty of photographers during the day to take a lot of photos to be shared also with the speakers – communication after the conference is also important!

G: Yes. I remembered something else too. Leverage your resources. At some points I didn’t want to bother the leadership team from the previous year, but they were always happy to help. So leverage us, ask us questions, and leverage the school, the club mentors, alumni. It just opens up so many opportunities.

The WIB Club would like to extend a sincere thanks to our sponsors, Amazon Operations, HP, Gas Natural Fenosa, Prodigy Finance, Volkswagen, Estrella Damm, Codorniu, Pepsico, La Fageda, Schneider Electric, and Microsoft, without whom the conference would not have been possible. We truly appreciate the support. 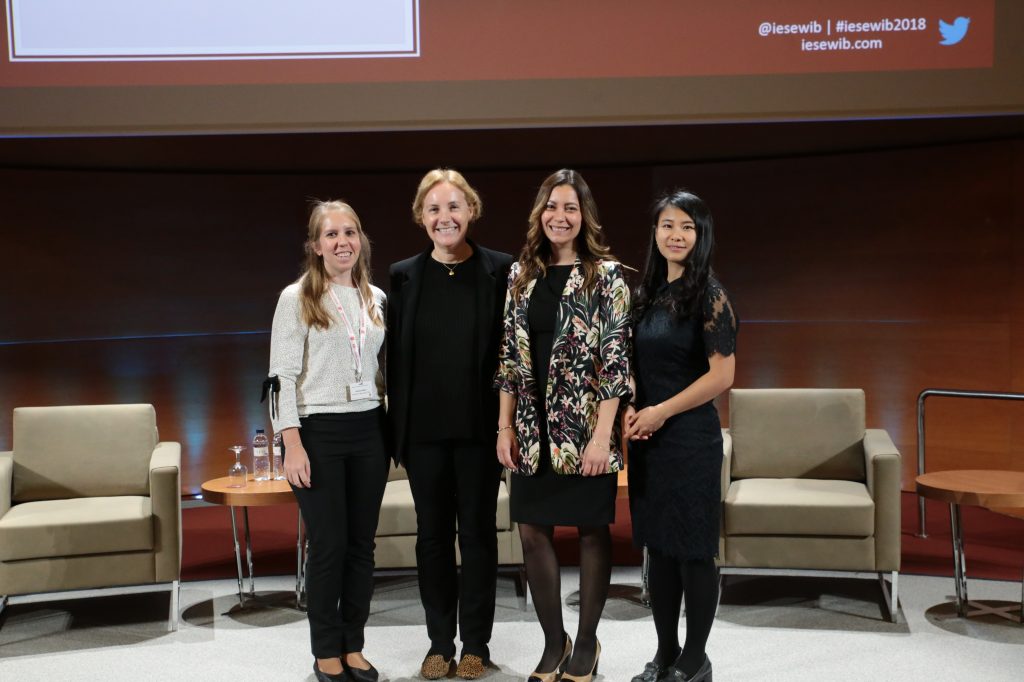 Big thank you to Giovana, Stefania and Faith for writing this post! 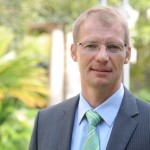 “This is the time to be courageous, take risks and pursue the career of your dreams”, Professor Markus Maedler 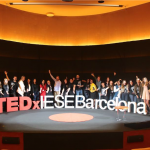 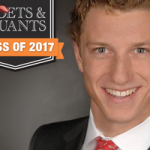 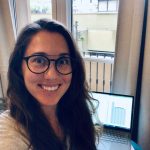