The President of the University of Navarra, Alfonso Sánchez-Tabernero, has appointed Franz Heukamp as the new Dean of IESE Business School. The decision was made following a three-month period, after considering the recommendations of the Advisory Search Committee comprised of members of IESE’s board, faculty, staff and prominent alumni. Franz Heukamp’s appointment will be effective from September 1, 2016. In his announcement, Sánchez-Tabernero thanked the current Dean, Jordi Canals, for his 15 years serving at IESE.

Franz Heukamp (Cologne, Germany, 1973) is Professor of Decision Analysis and currently Associate Dean for MBA Programs at IESE Business School. He has received degrees in engineering from Technische Universität München (Germany) and École des Ponts et Chaussées (France), as well as a PhD from the Massachusetts Institute of Technology (U.S.).

He joined IESE as a faculty member in 2002 and has been the school’s Secretary General (2009-2012)as well as the Associate Dean for the MBA programs since 2012. As Associate Dean for MBA programs, he has overseen the launch of the Executive MBA in Sao Paulo, the launch of the Americas track of theGlobal Executive MBA in 2014, curricular improvements and the growth in the global scope and number of students on the full-time MBA program. He is an experienced and renowned teacher, both for the MBA and Executive Education programs.

After receiving his PhD from MIT in 2003, Heukamp’s academic work has focused on behavioral decision making and neuroeconomics. He has published papers on decision making in leading journals in the field, such as Management Science and OBHDP.

Professor Heukamp said: “My wish is that IESE continues with its mission of service to society in general and to the business world in particular, through innovative and creative academic activity that addresses the new challenges of our time. In my future role as Dean of IESE, I will work to follow the example of my predecessors in terms of their professionalism and spirit of service.”

IESE achieved several milestones under the stewardship of Dean Canals, such as its global expansion with the opening of new campuses in New York (2010), Sao Paulo (2011) and Munich (2015), the collaboration in the launching of new associated schools in Latin America and Africa, and the Africa Initiative (2009). In addition, 85% of the MBA program’s students are now international; the Executive MBA is taught in Barcelona, Madrid and Sao Paulo; the Global Executive MBA started its New York track in 2014 and the school’s Executive Education programs are taught in four continents. The quality of its programs has also been consistently praised in the media, with IESE’s Executive Education programs ranked in the top two places (read news article) in the last five years by the Financial Times.

Read the rest of this article in the IESE News Website or the Financial Times. 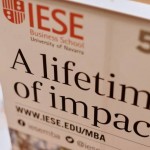 How can you get to know IESE? 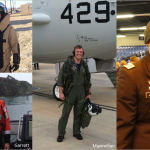 From Military to MBA: Veterans at IESE 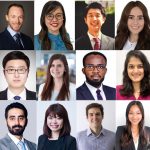 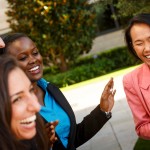