Marc Sachon is a professor in the Department of Production, Technology and Operations Management. He holds a PhD in industrial engineering and engineering management from Stanford University, an MBA from IESE, and a master’s degree in aerospace technology from the University of Stuttgart. He is also the chairman of IESE AUTO, the school’s annual meeting on the automotive sector held every year in November.

Question: What decisions led you to academia?

Answer: I hadn’t originally planned for a career in academia, but when I did the MBA myself, several professors whom I respected suggested that I seriously consider following an academic career. To get a feel for it, I started out teaching a few sessions in our MBA and at the UPC, and I liked it. I was lucky enough to get into Stanford for my PhD and that’s how I ended up in this career.

Q: Any thoughts on major challenges or trends that we MBAs might face in the next 2 to 3 years?

A: I can’t be completely certain on that 2- to 3-year timeframe, but I think one thing that we’ll see is a geopolitical environment that is even more unstable than it already is. This will have serious repercussions on the business landscape. Also, the whole digital revolution and new forms of doing things, including data-driven business models, is another trend. I think a third element will be a prolonged rise of China and all of Asia, gaining a more prominent presence in the global business landscape. The era when most of global wealth was created in the triad (Japan, America and Europe) is almost over and this will require a serious readjustment in the way we think and the way we work. It will be very hard for our North American cousins to come to terms with this.

“The era when most of global wealth was created in the triad (Japan, America and Europe) is almost over and this will require a serious readjustment in the way we think and the way we work”

Q: Regarding the geopolitical situation: Does this mean that up-and-coming entrepreneurs have to have a high risk appetite?

A: Well, I wouldn’t say “risk appetite,” I would say you have to be prepared for these potential developments. For example, right now, the European Union is going through a very difficult time. While the EU is probably the biggest and most positive achievement of the 20th century, we’re seeing that, in constructing the EU, the assumptions that were made regarding the behavior of all its member states are not valid, and that makes it very difficult.  Also, there is a need for politicians who have a European vision — and even more so, a need for politicians who can also sell that vision to the public and generate a certain pride in our achievements in the EU (70 years without war within our borders: incredible!). It seems that more and more politicians just follow opinion polls, often changing their views and decisions within relatively short timeframes.

This makes it difficult for businesses to plan ahead for a couple of years. But planning ahead is a key requirement for making structural decisions, as you know! This is not only happening in Europe, but in other parts of the “developed” world as well. For example, in the U.S., we’ll see a significant challenge with the growing Latino population, a significant challenge with the increasing disparity between the rich and the poor – Mr. Trump is already riding on that wave. Latin America is a topic in and of itself. It’s a beautiful and resource-rich continent with wonderful people, but with a significant lack in legal and political stability. Russia is a whole matryoshka in its own right: the West always criticizes Putin, but was Yeltsin any better? It takes time. And China: there is growth there but at a slower pace than before. All of this put together means that the future will be very challenging, yet at the same time, it will offer great opportunities to those who are prepared and have open mindsets.

Q: Thank goodness the Middle East is stable and peaceful.

A: The Middle East is a topic that is very, very complex and beyond the scope of this discussion, although I really hope that within my lifetime we’ll see a more stable situation and that people who share the same ancestors but are divided by religion can put their differences aside as they did in the past (e.g. the Golden Age).

Q: Shall we talk about cars?

I am very fond of German cars, as you know, but there are other manufacturers that produce outstanding cars. You know, I always make fun of Italian manufacturers in class, but to be honest, they also make wonderful cars in Italy, Japan and the U.S.  But deep down, if there is such a thing as a “Car God,” I think he speaks German.

Q: What do you think of Tesla?

A: I can only repeat what I said in class: by 2023, Tesla will not exist as an automotive manufacturer. Their Tesla Power Wall, however, is a very interesting product and I’d be interested in getting one.

Q: I totally agree. In terms of economies of scale, it doesn’t make any business sense. Porsche and Mercedes are coming out with electric cars and I don’t think Tesla can leverage a lot from being the first to market.

A: Plus Mr. Elon Musk, in my opinion, is “dancing at too many weddings”: being a CEO of a car manufacturer is a full-time job. It is not a job where you can run Space X, Solar City and constantly spend time with the media. In the automotive sector, “the industry of industries,” being a CEO is a full-time job that requires 28 hours per day, at least.

Q: Self-driving cars? Could this be a reality?

A: Yes…I remember when, almost 10 years ago, a friend of mine picked me up at the Munich airport in a top-level premium car. On the autobahn, at around 180 km/hour, he let go of the steering wheel to use his hands to wildly explain something to me. During this time, the car was steering, accelerating and breaking by itself (the car was produced in Bavaria). Today, most premium cars have this capacity. To achieve a fully-fledged autonomous car, however, there are still some steps to go, especially if you want to cover all the velocity ranges. That’s where it gets tricky. Some American car manufacturers, particularly from the Silicon Valley, claim that their cars can self-drive. True, but into your garage or up to 60 km/hour: that’s peanuts and nothing new. If you go on the autobahn at250 km/h, that’s a totally different ball game. The other challenge is that, in urban environments, you have a lot of traffic and unexpected, unforeseeable events, like a ball rolling into the street. Despite this, I do believe that by 2020 or perhaps 2025, we’ll see most of these problems solved.

“In the automotive sector, “the industry of industries,” being a CEO is a full-time job that requires 28 hours per day, at least”

To me, it’s much more likely that we’ll see self-driving cars within the next 10 years than we’ll see everybody driving around in battery-operated vehicles.

Q: Any thoughts on 3D printing?

A: Last week, I had the opportunity to speak again with Dr. Langer (founder and owner of EOS) and we had a very long conversation about the state of the industry. He basically has a very, very bullish view about the future of the industry and expects that his company will continue to grow at a similar rate as it has over the last years. I think it is one of the most fascinating developments, particularly because it literally merges classical engineering with digital—after all, engineering comes from the word “engine,” not “program.” It will be fascinating to see what happens in this area over the next 20 years. You are lucky to be young enough to be able to do a start-up or something similar there!

A: IESE doesn’t leave me much time for hobbies, but if I have time, I like to play tennis, go swimming and read, especially history. I am also a computer junky. I do a lot related to computers, like programming and building my own PCs and so forth. That’s how I disconnect.

A: I really like German and Russian literature and I really like books about history. I have, I would say, a couple of hundred books about the Second World War. It’s a topic that fascinates me because I can’t comprehend how a man who was a complete and utter loser could come to Germany, overcome all attempts to stop him, and end up making an entire nation forget about Bach, Beethoven, Einstein, Goethe, Kant and Schiller, just to name a few, and commit all of those horrible atrocities.

Q: What would you be doing if you weren’t a professor at IESE?

A: What do you think? I would definitely be working in the automotive industry. What an absolutely fascinating industry, especially today with all the challenges it is facing.

Q: Have you ever had a funny situation take place in one of your classes?

A: It is difficult to explain a funny situation out of context, just now. I don’t know…what I can tell you, however, is that I am having too much fun during my classes. I think I should be the one paying for the chance to teach here and work with all these wonderfully bright, diverse and interesting MBA students! 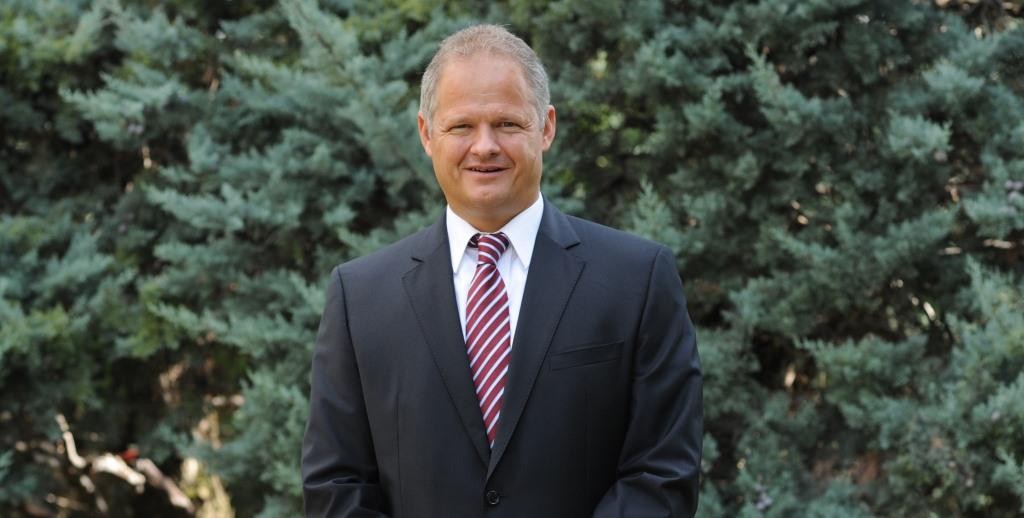 Q: What city would you like to retire in?

A: My dream has always been to spend winters in Spain and summers in Germany. Having dinner with friends and family in a beer garden on a Bavarian summer evening is as close as you can get to heaven on earth.

Whenever my wife asks me what I’d like to eat, I always say “I would like a Greek salad” because I like salads and we never have Greek salads because she hates them. Basically I like everything. I like food from your neck of the woods, from Lebanon all the way down south into the Arabian Peninsula. Whenever I am there, I really enjoy the food. I also like a good steak, salads, sushi, fish… pretty much everything.

Q: Do you miss a certain dish from your time in Saudi Arabia?

A: I can’t remember the names, but when I worked there, I really liked the hummus and all dishes that go with it. I feel it’s much better than what I can find here.

A: What many of you don’t realize is that many of us teaching here would give a lot to be sitting amongst you again, to be able to go back to those wonderful times of the MBA. You should really enjoy these last months in paradise.

For me, the IESE MBA was one of the most wonderful experiences of my life, for sure. And I do hope that it will be the same for all of you as well.

Many thanks to Professor Sachon for his time.

I would just like to add some of IESE’s best-selling cases are his (Aldi, Porsche, Netflix).