For those interested in technology and startups, 4YFN is a conference that you cannot miss. Morgan Muller and Natasha Dara from Class of 2017 attended this in Barcelona last month and report on the latest developments in the startup world.

Morgan Muller: Earlier this month, I had the privilege to attend the fourth annual 4YFN (4 Years From Now) start up event, a conference affiliated with the Mobile World Congress (MWC) in Barcelona, thanks to IESE Business School. 4YFN is a MWC affiliated conference focused on start-ups in the future of mobile technology, catering to entrepreneurs, investors and everyone in between. The large range of talks and business pitches covering topics surrounding disruptive technology, IoT (Internet of Things), and media content constantly left me wanting to attend two sessions at once.

I had the opportunity not only to listen to cutting edge start-up pitches from the most impressive entrepreneurs, but also to speakers who are fundamentally changing how we interact with and understand the world around us. Topics from the progress of blockchain by Ethereum founder, Vitalik Buterin, to the future of all things and creation of time by Marcus Weldon, President of Bell Lab and CTO of Nokia confirm not only how far along we are in autonomous and transparent technology, but how we truly are at the beginning of a technological revolution, not different to what the industrial revolution was to manufacturing 100 years ago.

Overall I am beyond impressed with how progressive Barcelona has become as a mobile and technology hub and that I, as an IESE student, could take part in such a forward-thinking conference. Fortunately, as I begin my career in the TMT (Technology, Media and Telecommunications) group in investment banking, I will be able to continue following such an interesting and revolutionizing industry. 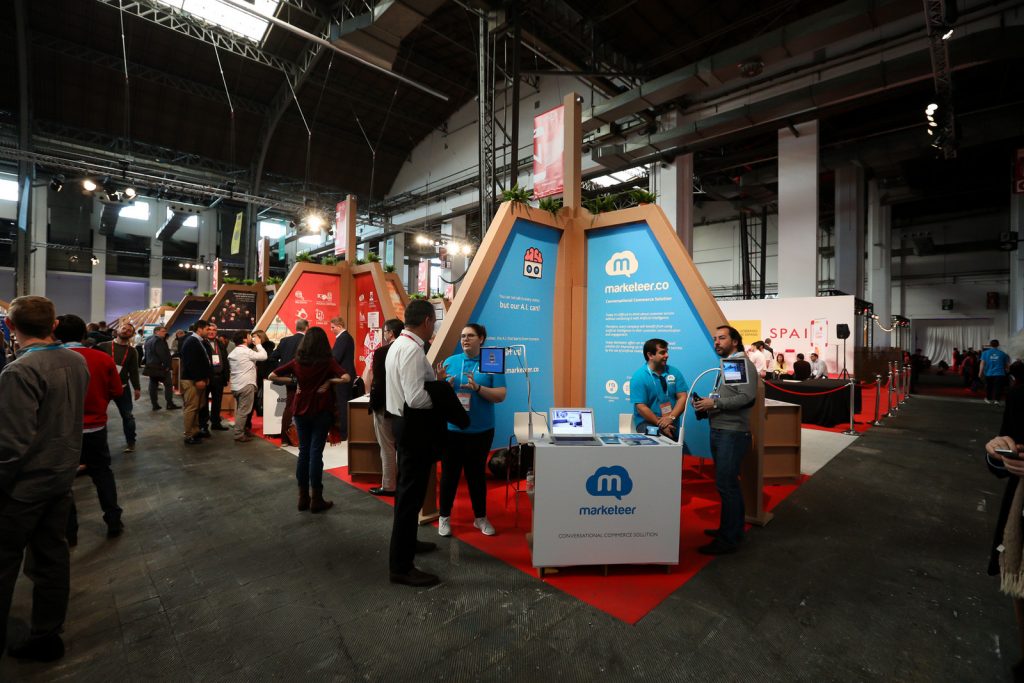 Natasha Dara: Thinking about 4 years from now is exciting and confusing and seemingly futile all at once. Four years ago, 4YFN didn’t even exist, so I definitely couldn’t have imagined that I would be attending it today. Will the topics of this year’s 4YFN also be passé in 2021? In a sense, one would hope so, because it means the ideas being developed now are realistic and can become reality – we’re not just investing our time and efforts in pipe dreams.

With 3 stages, 2 workshop domes, over 600 stalls of start-ups, and about 700 investors, the conference kept me busy. It was cool for me to see the start-up I interned with last summer referenced as a competitor of a newer start-up. It was even cooler to see classmates involved and already succeeding in their interests. For example, Karthik Ramineni, IESE MBA 2017, was on the other side of the table at the startupbootcamp stall. He’s been working at the Barcelona branch of this accelerator that focuses on IoT and data tech start-ups since late last year. The 8 pre-seed stage start-ups underwent a 3-month program during which their business models were validated and they prepared to court seed investors. This is where Entrepreneurs-in-Residence like Karthik came in. He helped the start-ups prepare their financials and investor decks, and subsequently got them ready for investor meetings and calls. He also took on the role of matchmaker to best link investors with the most appropriate start-up to give both sides the best chance of a mutually beneficial relationship. This 3-month process culminated in Demo Day on the 2nd day of 4YFN, where the 8 start-ups had the chance to pitch their ideas to a large audience of potential customers and investors. 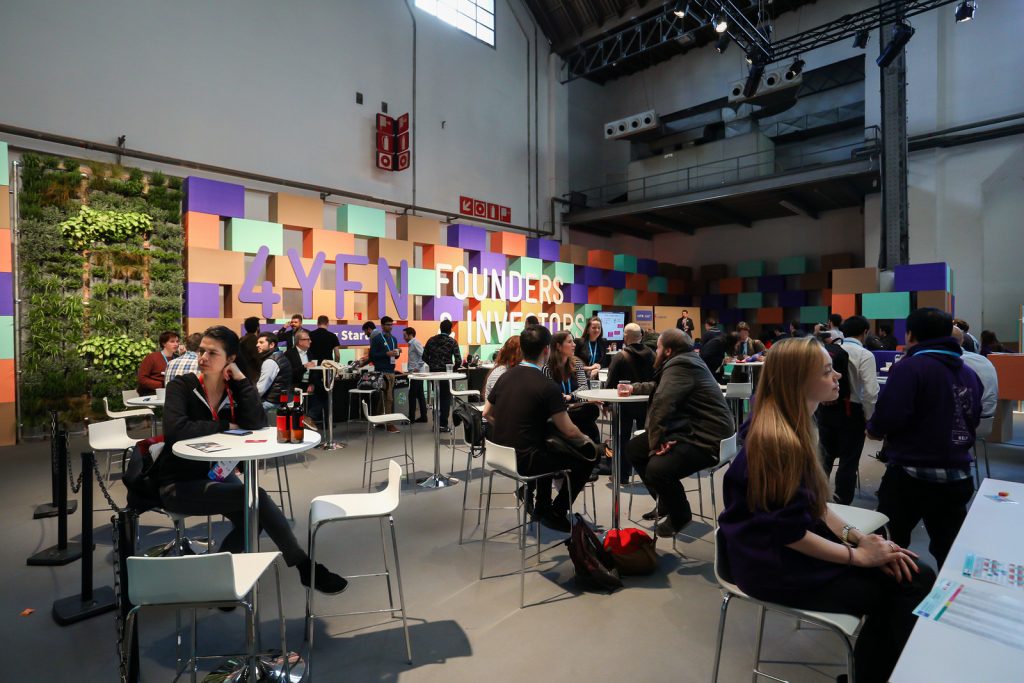 The stages hosted both keynote speakers like Zack Weisfeld of Microsoft Accelerators on “Lessons in Scaling Startups” and panels including journalists from FT2 at the Financial Times and TechCrunch on “The Best and Worst Mistakes Start-ups make when Dealing with the Media”. One talk I really enjoyed was “The Creation of Time” by Marcus Weldon of Nokia Bell Labs. We could volley all day about whether technology does more harm than good, but what Weldon’s talk focused on was the good. He posited that the appeal of the Internet of Things lies largely in the fact that it gives us back time – the elimination of mindless tasks that take too much time in favour of things that require more brainpower from us, and presumably, are more rewarding. Whether or not we use that refunded time to improve lives or swipe endlessly up on Facebook is our choice – but IoT allows that choice to exist. According to Weldon, in the same way that the invention of the wheel and more recently, the fax machine saved time.

Though the emphasis of the conference was obviously on start-ups and how to invest in their success, there were also a number of corporates conducting workshops and explaining how their revamped design and innovation processes were driving change within. Banco Sabadell ran a workshop on the effect of design on our lives and workplaces. They even previewed a money transfer system that would be integrated into your mobile phone’s keyboard. 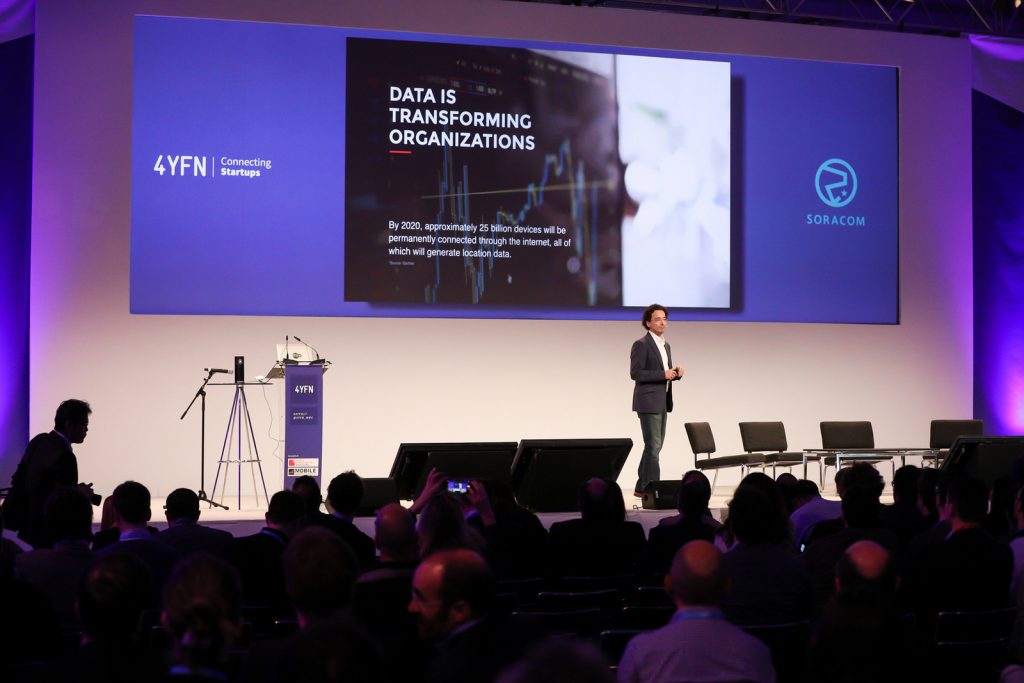 One of the many engaging talks at 4YFN [Photocredit: Andreas Grieger]

Each day ended with pitches from hopeful start-ups in different phases. The Disrupted by Mobile day featured customised smartbots that integrate with human customer support, bill-splitters for the Spanish market, and a texting service for farmers. WeFarm, the winner, truly seemed to disrupt by mobile the most, despite the fact that application of its business model doesn’t even require the internet. Since its target market often does not have access to the internet, WeFarm’s solution works through SMS. This was poignant because although the name of the conference gives many of us futuristic thoughts of robots and teleporting, sometimes a basic idea can be a game changer. There are still parts of the world where optimization of agricultural production has not been achieved due to lack of access to traditional markets or increased vulnerability to the effects of climate change. While solutions exist, these solutions are often difficult to disseminate. That’s why the introduction of this service that allows smallholder farmers to quickly mine knowledge from their peers (at no cost) in order to better understand and make the most of their limited resources is revolutionary.

The conference was exciting to be a part of and provided lots of food for thought. It introduced me to new ideas and up-and-coming companies and allowed me to more actively be part of the conversation of where we’ll be 4 years from now. 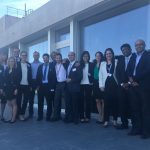 Venturing into VC for my summer internship, Kevin Peer MBA 22 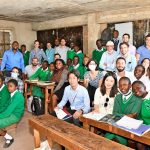