Should compliance systems address specific local and cultural issues? Or, instead, is homogeneity throughout geographies the best solution?

These questions are real nightmares for compliance officers that manage multinational companies. On one hand, some variation is imposed by different national legislations; on the other hand, homogeneity in the compliance function is often searched for many reasons including economical (the possibility to easily replicate models, systems, routines), organizational, operational, etc. 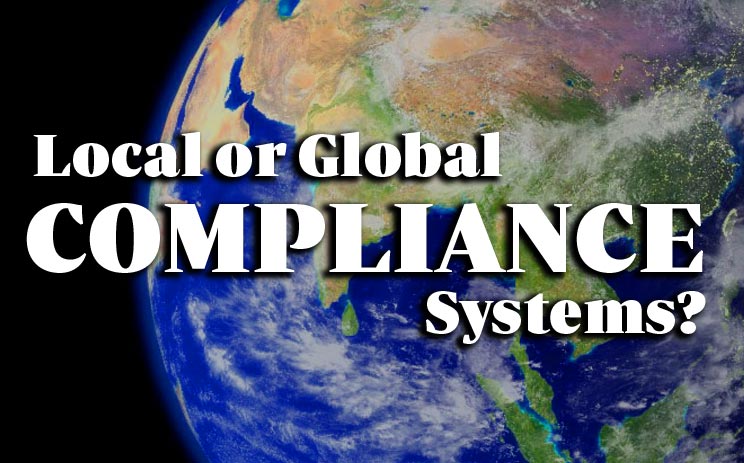 During the last recent years, I tried to address these questions gathering and analyzing data for my scientific and consulting activities. For example, in a paper recently published with my colleagues Stephan Meier (Columbia University) and Lamar Pierce (Washington University at St. Louis) we tested whether the same control and punishing system does not have the expected results on groups that are embedded in areas with high and low levels of criminality. The results of the study show that an identical compliance system keeps the gap almost constant: groups embedded in areas with low levels of criminality keep being more efficient and reliable than those with high levels of criminality.

Similarly, case based analysis provide similar results. In the analysis of the problems of a Central European multinational company, I discovered that homogeneity was a key problem. In some countries, the compliance systems were clearly incapable to prevent and detect fraudulent activities acted by its middle management. After several months of investigation, we finally discovered the reason: each national compliance system was just the adaptation of those of the parent company. Adaptations concerned only legislative requirements without taking into considerations local specificities, in particular cultural (the way people think!)  and, more broadly, socio-economical incentives (such socio-economic pressure driven by local poverty).

It is evident that an efficient compliance system has to be sensitive on local needs, weakness and threats; otherwise, it fails its mission.

The immediate counter-argument is that of course it would be impossible for a compliance director to manage dozens of different compliance systems.

What’s the solution? An old Latin proverb would say: in medio stat virtus.

In this sense compliance managers should identify a core structure that provides the necessary homogeneity to manage informational and prevention systems. On the other hand, local units should adopt ad hoc routines to control specificities related to three main categories of problems:

For example, cultural aspects are often underestimated but are a key factor in the rationalization of unethical and illegal behavior. During a criminal investigation a middle manager confessed to me: “What they [the headquarters] classify as illegality here is just a courtesy toward employees”.

And, as always, we should never forget that education on ethics and responsible management is the key weapon in our never ending war against corporate malpractice.

2 thoughts on “Homogeneity and Ethics of Compliance Systems”

Antonino Vaccaro is an Associate Professor of the Department of Business Ethics and of IESE's Negotiation Unit. He conducts research on compliance, corporate corruption and white collar crime. He serves as expert witness in civil and criminal trials and in the context of international dispute resolutions.