Oh no, not again, more theory about what economists do!  Don’t worry;  today it’s about Charlie Chaplin and broken glass too.  The other day I read a letter to the editor in the FT titled, “Economics in just one sentence” (in the February 25, 2014 paper version).  It dealt with the question at hand – what is the economy – and quoted Economics in One Lesson, by Henry Hazlitt an author of whom I am a big fan:

“The art of economics consists in looking not merely at the immediate but at the longer effects of any act or policy; it consists in tracing the consequences of that policy not merely for one group but for all groups.”

It’s great, isn’t it?  Think about all the confusion we would avoid if we thought about the economy in the way that he suggests. It reminds me of a Charlie Chaplin “Charlot” movie called “The Kid“, from 1921 (I assume that the young folks out there have heard of him, and may have even seen one of his remarkable movies.)

Charlot works repairing broken windows; he walks around the city with a window tied to his back, going from house to house replacing broken glass.  Charlot has an associate, “the kid,” who runs ahead of him throwing rocks.

For Charlot, business is good: He creates employment (his and the boy’s), he develops the glass manufacturing business, and he stimulates the GDP.  Great!  But the story doesn’t tell us about the “other consequences” of that economic development, namely, the losses suffered by the tenant of the homes with broken windows, and all the economic growth that could have been fostered if the money spent on the broken window had been spent on something else, which the landlords would have preferred. 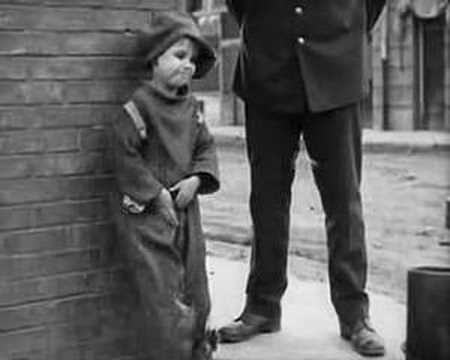 We see the same story over and over again:  An earthquake comes in Handy to promote construction of homes and roads, even if it is at the expense of other more useful endeavors.  And how about a war?  That does great stimulating technological development and military production.  But of course that would also be at the expense of other sectors (and, above all, human losses, both in the earthquake or war).

And there are many other cases:  the increase in public spending, that goes hand-in-hand with tax increases that someone needs to pay, or a deficit increase that will make lending more expensive, for example…