A lot has happened since the last time I wrote. Let’s concentrate on the most relevant stuff: I was in London three weeks ago, as mentioned in my last post. Luckily, I was able to arrange my schedule so the entire day coincided with a rest day (in case I haven’t mentioned it before, my training entails running five days a week and resting two). I traveled light as a result. Initially my idea was to get a little extra sleep, but I ultimately ended up in a marathon—a “work marathon” that is, that started at 7 a.m. and included seeing a lot of very good candidates.

The next week I went on my trip to Canada. The plan for Day 1 was to land in Toronto at 3 p.m., which would give me the entire afternoon to train and get to bed early. Unfortunately, the flight was delayed by six hours. I took advantage of my extra time in Munich to do some sightseeing, as you can see below. 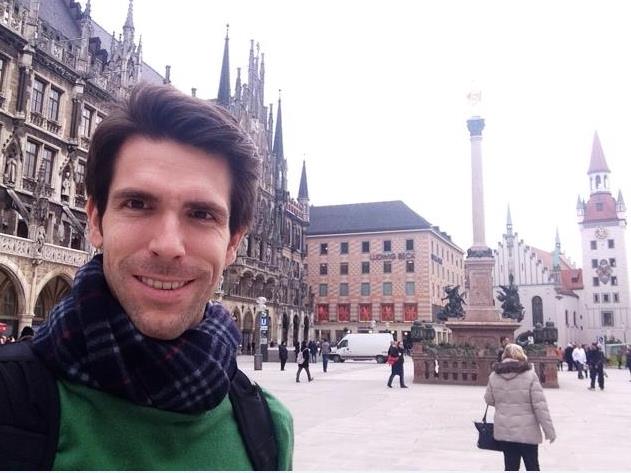 Once I landed in Toronto, after crossing an ocean and going for 20 hours with no sleep, the last thing on earth I felt like doing was to going out on a run. Nonetheless, I repeated to myself over and over again that the key to success lies in perseverance, so I diligently put on my inseparable running shoes and got on the treadmill, where I did a not-too-shabby 8-km run at 10:30 at night. The following day I was able to run around 16 km, and another 16 km two days later in Montreal.

One thing that made a good training nearly impossible was food-related. My schedule was so tight that I only had 20 minutes to eat practically every day I was there. In this case, my only option was to head to the food court. Below is a picture of a Chinese meal, which was pretty good, by the way. 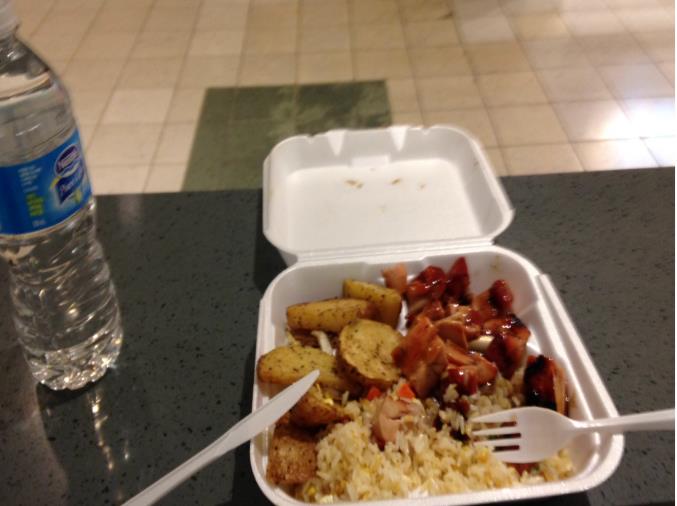 My work plan in London and Montreal revolved around three main pillars: admission interviews, coffee chats and one-to-one interviews at MBA fairs. I also participated in a panel on the presence of women in business schools. Let’s take a closer look at each one:

Admission interviews are the last and final step that candidates make before being admitted into the MBA. After having sent their application and passed the first pre-admissions committee process, they must prove that they are a good fit with both the class and the school.

Coffee chats are informal meetings with several potential students who want to learn more about the program and life as an MBA student.

One-to-one interviews, on the other hand, are formal meetings for candidates who want to learn more about the school. In this case, the MBA fairs organize the meetings to ensure that candidates already have a good understanding of the program so the conversation can focus more on career management and how the MBA can help them advance in their career.

Lastly, panels are moderated sessions that include representatives from various business schools who debate subjects of interest for the audience. As mentioned earlier, the subject of this particular panel session was the role of women in business schools. An interesting figure: according to recent study, the global GDP would increase by more than 10% if there were male-female parity on corporate boards. Let’s go for it!

Getting back to training: I had two good training sessions once I was back home. The first was my longest stretch so far: 30 km. When training for a marathon, the idea is to accumulate a lot of kilometers over the week; 80 km is a good benchmark for someone like me who hopes to finish in less than three hours. That said, you should never run more than 30 km in one go. It’s a bit counter-intuitive to never run the actual race distance, but the goal is to avoid overtaxing the body. I had never run that far before and passed the test, although I was sick of running by the end of it.

The second training was running the half marathon in Granollers, a town outside Barcelona. I ran with my friend Jorge, pictured here to my right. The day started off cloudy and it started to rain at kilometer 11. The rain turned into a downpour barely five minutes later, which coupled with strong winds, discouraged a lot of the runners. Jorge and I managed to finish with an official time of 1 hour 29 minutes. 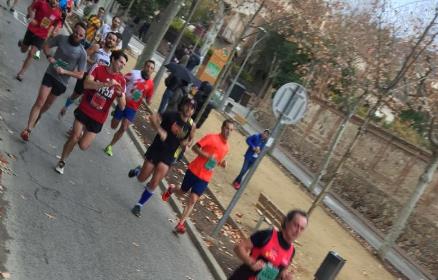 Before signing off, I’d like to share an upcoming challenge: Barcelona’s half marathon on Sunday, February 14, where my goal is to finish in 1 hour 20 minutes. I’ll give it my all! I’ll keep you posted.

Until next time, more kilometers! 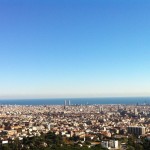 Giving the Opportunity to Care 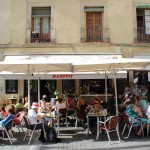 A Stroll Down Las Ramblas 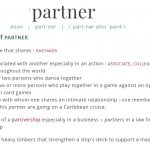 IESE Partners Club: All Part of the Family