IESE Business School was mentioned in the news in Lebanon!

Being the largest group to have traveled to Lebanon in the last few years (83 IESE students and partners!), we appeared on two of the most reputable news channels in Lebanon – MTV and L’Orient Le Jour!

Why is it an achievement?

Planning a trip for such a large group involved several challenges

Despite the hurdles, IESE MBAs said they had the time of their lives and that Lebanon will always have a special place in their hearts.

The journey began with a trip to the south, to the cities of Sidon and Tyre. After touring the famous soap museum, where we discovered the traditional methods for making soap that were used throughout hundreds of years, we visited three of the most prestigious Phoenician, Roman and Crusader ruins, the Crusader’s sea castle in Sidon, and the Roman Hippodrome and City Ruins in Tyre. Phoenicians ruled the Mediterranean and founded prosperous colonies such as Malaga and Cadiz in Spain, and Carthage in Tunisia. In fact, Europe was even named after a Phoenician Princess, Europa. In the evening, the group enjoyed an incredible sunset scene by the beach and had local seafood dinner near Tyre old port.

On Day 2, we visited the amazing Beqaa Valley. We first roamed around the temple of Jupiter – the Roman god of the sky and king of the gods. It is the largest temple ever built and the only one that remains. We also saw the Phoenician temple of Bacchus – God of wine, festivity and theater. We then had a fabulous culinary experience in Ammiq, in a restaurant that promotes and preserves culinary traditions by only buying products from local farmers and by employing the local communities. We then toured the largest and oldest winery in Lebanon, Ksara, which included a walk through their 2000 years old, 2km-long natural used for wine aging since the Roman times. 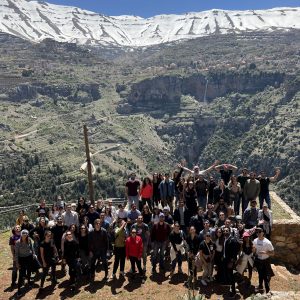 On Day 3, we went on a hiking expedition in the north. We started off in the valley of the saints, the Kadisha Valley, where we saw hermitage locations of several saints. Early Christian communities who fled persecution also found refuge in this valley. These included the Maronites, who are the largest current Christian group in Lebanon. Nowadays, the valley is a UNESCO World Heritage Site. After a 2 hour hike, we visited the Forest of the Cedars of God. For context, Cedar trees are mentioned more than 40 times in the bible and are the symbol of Lebanon to this day. At night, we scrolled the streets of Byblos where Christians were celebrating the Thursday of Semana Santa. Byblos, one of the oldest continuously inhabited towns in the world, is the birth place of the first Alphabet. There, the Phoenicians developed the first 22 linear alphabet from which most civilizations´ alphabets are derived from.

On Day 4, we organized a picnic lunch at Arz Ehmej with the help of the Lebanon Reforestation Initiative, an NGO that engages in green and sustainable activities across the country like in reforestation and forest fire prevention. The proceeds of this lunch went to these initiatives. We later walked to the most iconic waterfall in Lebanon – Baatara Gorge. At night, we had two different parties, one in the northern city of Batroun and the other one in BO18, a converted bomb shelter in the heart of Beirut. This bomb shelter was designed as a night club by the Lebanese architect Bernard Khoury following the civil war.

On Day 5, we spent the day in the two capitals of Lebanon, Beit el Dine (the capital of the princes of Mount Lebanon in the 1800’s) and Beirut. In Beit el Dine, we visited the palace of Prince Bachir, the beloved Lebanese prince who united the three main religions of Lebanon – Christians, Muslims, and Druze. After visiting downtown of Beirut and the marina bay area, we had a traditional Ramadan Iftar dinner, at which Muslims were breaking fast in the midst of the Ramadan month.

In our spare time, many of us visited the Jeita Grotto, a marvel to behold and a finalist in the New 7 Wonders of Nature Initiative. This grotto is more than 6 million years old and has the largest stalactites and stalagmites in the world. Many others also visited Harissa and its beautiful churches, from where the views of Lebanon are spectacular.

From culture and history to nature, from the raging waterfalls to snow amid spring, from the wide variety of Lebanese cuisine to Beirut’s well-known nightlife, IESE MBAs truly had an authentic Lebanese experience. They also donated medicines to the Lebanese people through the Medonation NGO.

It only took 5 Lebanese MBA students to make all this happen. In the face of adversity, they made sure everything went smoothly and 80+ people had the time of their life. This could not have happened without the trip’s Lebanon Organization Team (LOT): Garine Arabian, Ali Moghnieh, Jessica Saade, Jennifer Zouein, and Karim Adaimi. 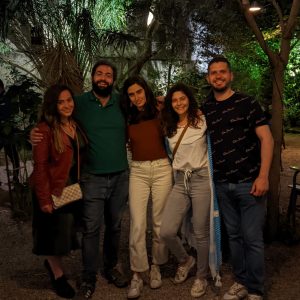 “Thank you so much for showing us your beautiful country, for opening your homes to us, for taking the time to tell us about your history, your culture. You guys managed to organize an unforgettable trip. This was also an incredible learning experience; I feel like Lebanon has so much to teach to the rest of the world. Home of so many civilizations, it is an example of how different religions can live peacefully together. I will pray for this country and its people. Thank you so much.” – Beatriz Alustiza, IESE 2022

“First of all, thank you sooo much for all your time, effort and love dedicated to organizing this incredible trip for us! Each detail was pleasured and organized perfectly. I am very very grateful for that! We are so lucky to have you in IESE batch and to have given all of us such an unforgettable experience!! I really enjoyed getting to know your culture, history and amazing landscape. You have a beautiful country, but most importantly beautiful people. Every person we encountered was smiling and was very friendly to us. I will be waiting for you in Argentina! Thank you so much!” – Ines Jaworski, IESE 2022

“Thank you so much for this amazing work and for the culture, food, drinks and so much fun! Lebanon is a beautiful country with amazing stories and breathtaking views. Kadisha Valley was a WOW! Best week of the MBA and I’m so happy I can finally say that I saw so many great parts of this country! Yallaa!!” – Margaret Salazar, IESE 2022 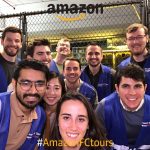 IESE Tech Club: Our story in bits and bytes

Learning to Break the Frame

What I learnt in the Student Council