After a couple of weeks in Barcelona, you’ll soon discover that Plaça de Catalunya is where many of the key features of the Catalan city converge. Plaça de Catalunya is a large and centrally located plaza.  It is the structural heart of Barcelona. Yet beyond its Southern European grandeur, it subtly hints at the intangibles that give the city its soul.

The plaza, while not a destination in and of itself, is often on your way to another part of town. It’s worth budgeting a little bit of extra time in order to soak in the sites at a leisurely pace. It is adorned with a myriad of gardens, fountains, and sculptures, and it is often quieter on weekend mornings before the crowds are up. 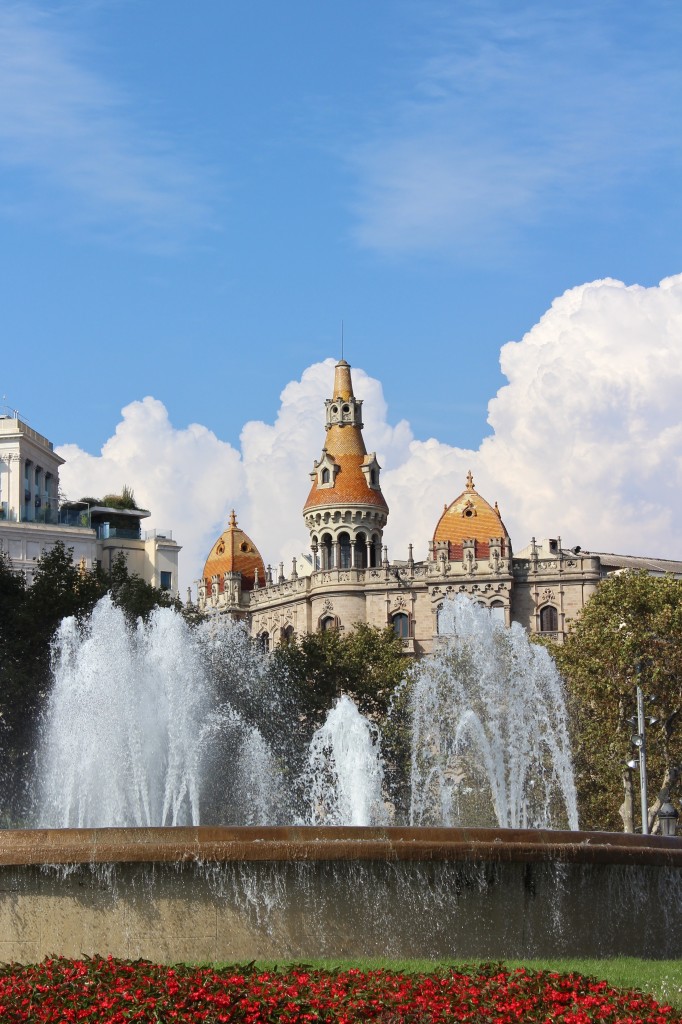 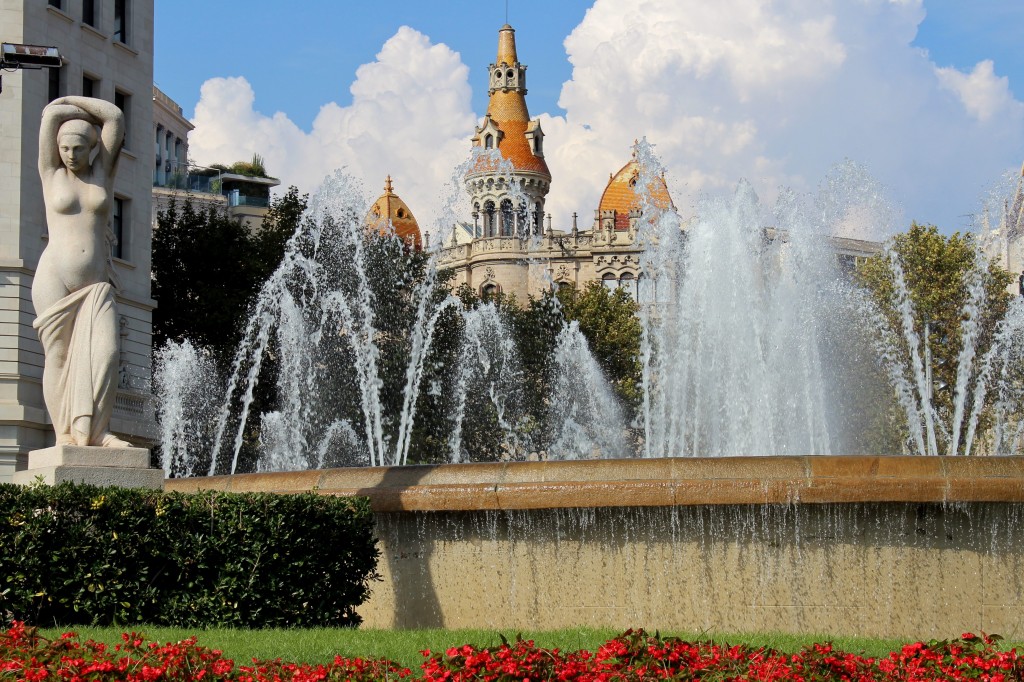 A number of stores and restaurants surround the plaza, as well as department stores like El Corte Ingles, where you can find everything from clothes to sporting gear to high-quality organic groceries (with price tags to match). Even more useful, perhaps, is the multi-story Apple store that sits proudly on one corner. The staff is helpful, and if you head to the second floor, you’ll be treated with an even better view of the plaza.

The plaza is well-connected by public transportation and you may frequently find yourself transferring between metro lines at one of the stations below. There are also several key shopping streets that are offshoots from the plaza including the famous Las Ramblas, the calmer yet just as interesting La Rambla de Catalunya, and Passeig de Gràcia, which is filled with the likes of Burberry and Prada. 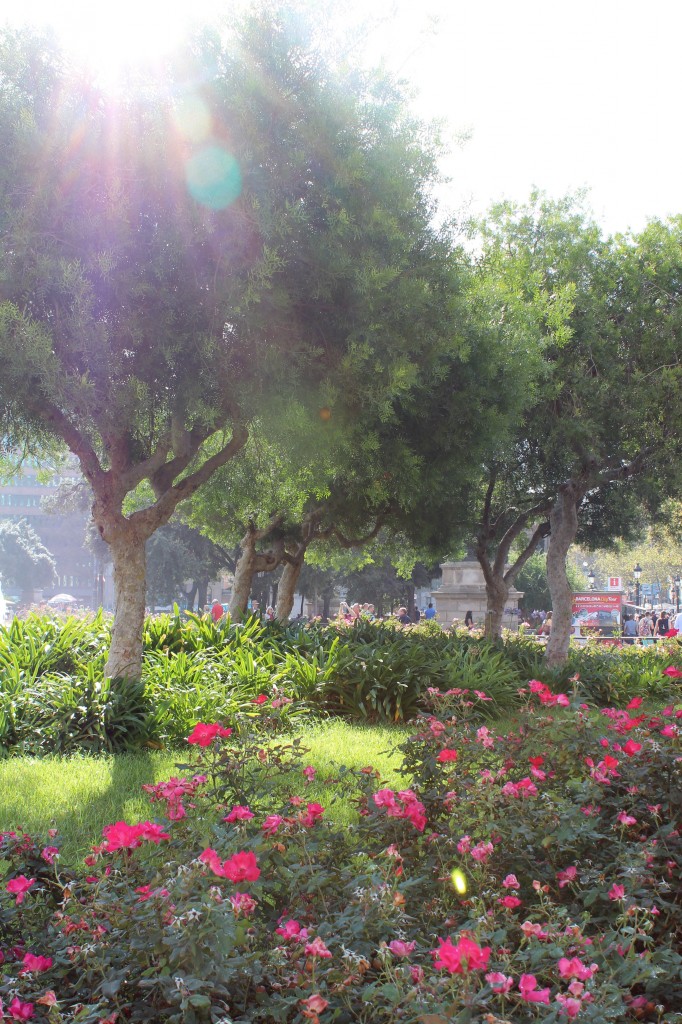 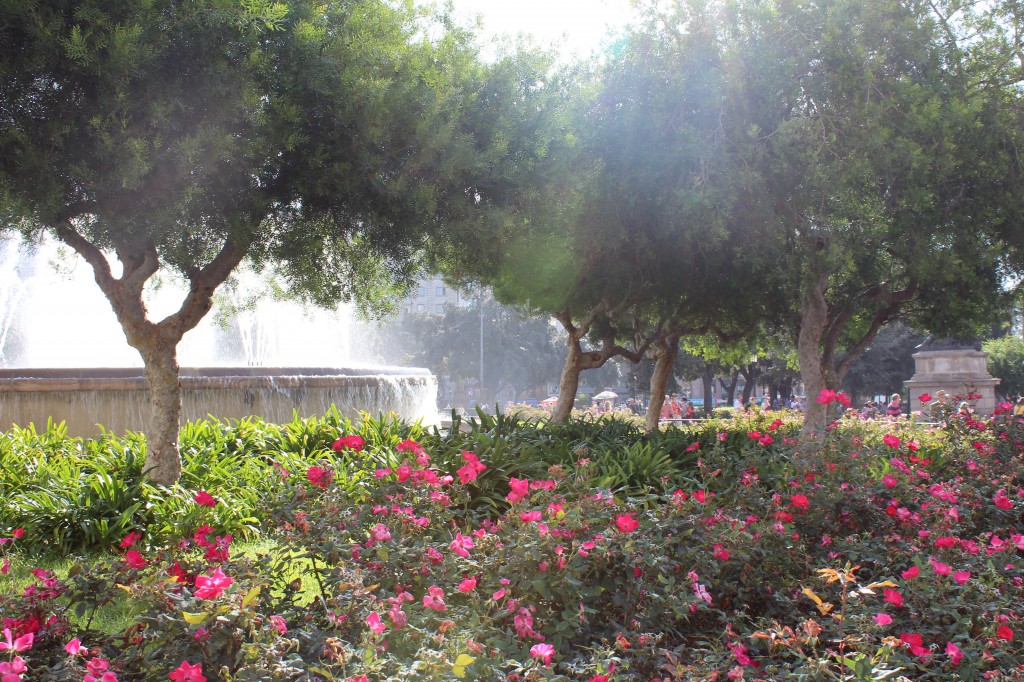 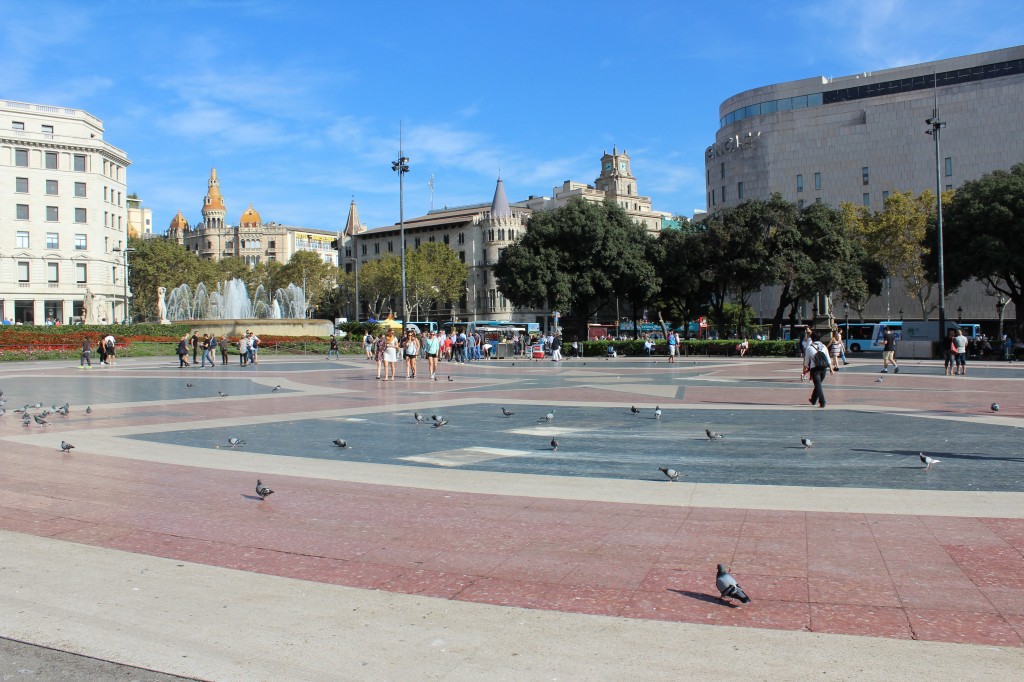 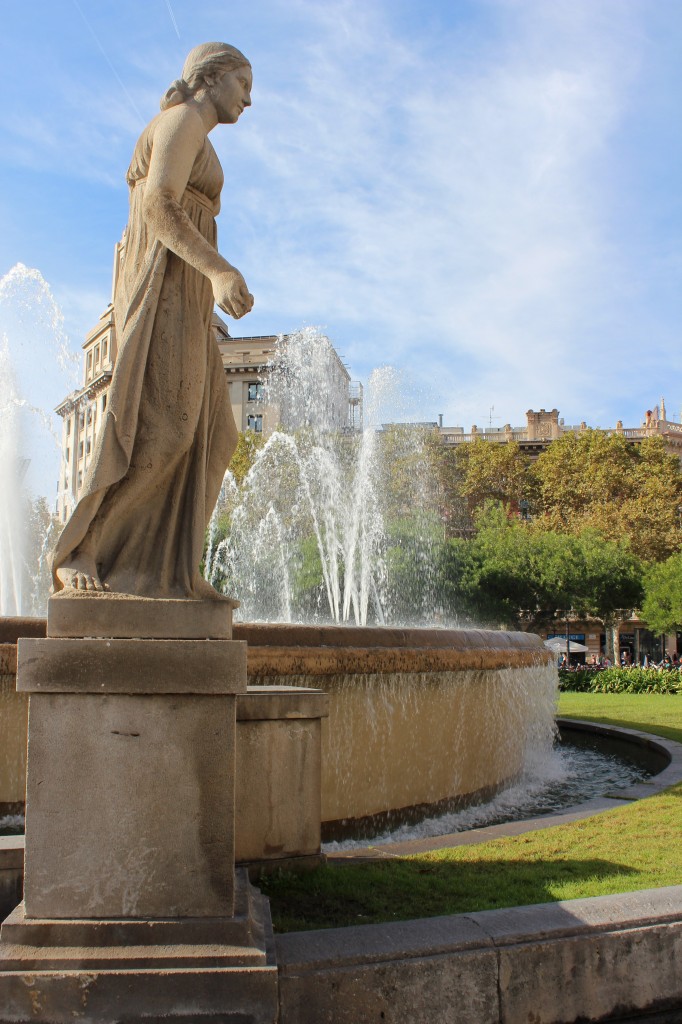 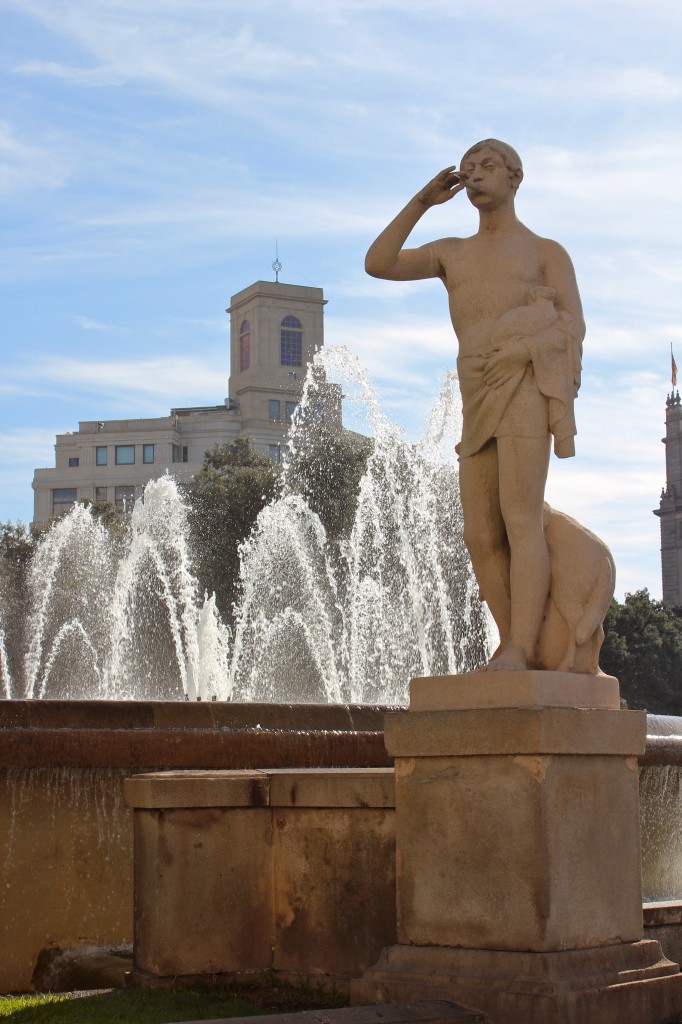 On occasion, the plaza fills up with demonstrations and political protests. It has been home to events highlighting both sides of the separatist movement, many held during the month of September. Plaça de Catalunya also connects Barcelona’s older neighborhoods such as El Born and the Gothic Quarter with the newer and more grid-like neighborhood of Eixample. 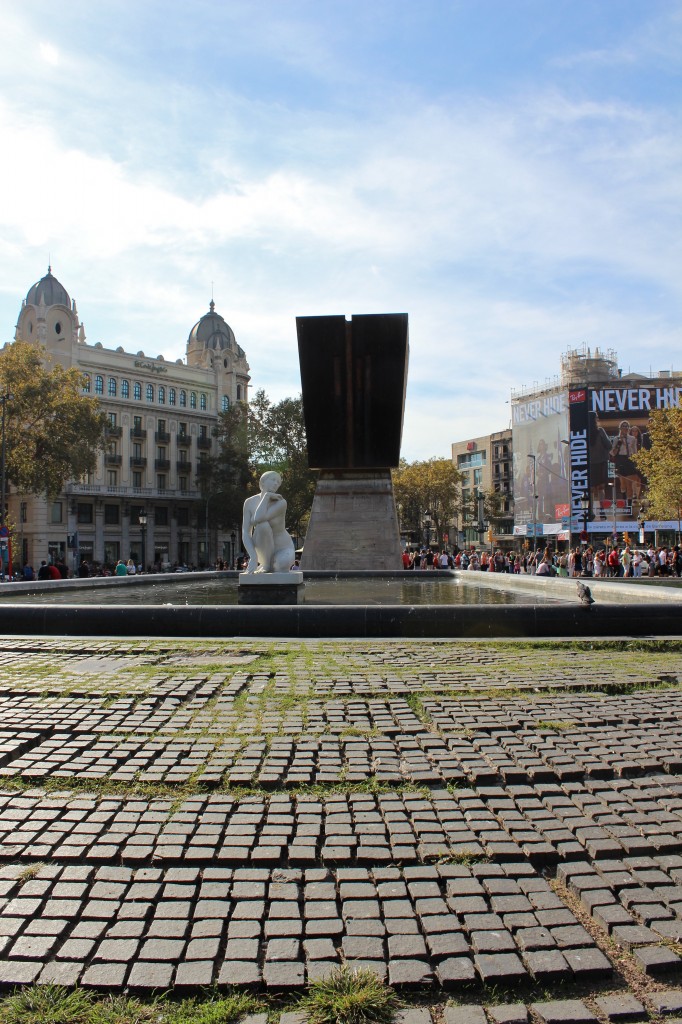 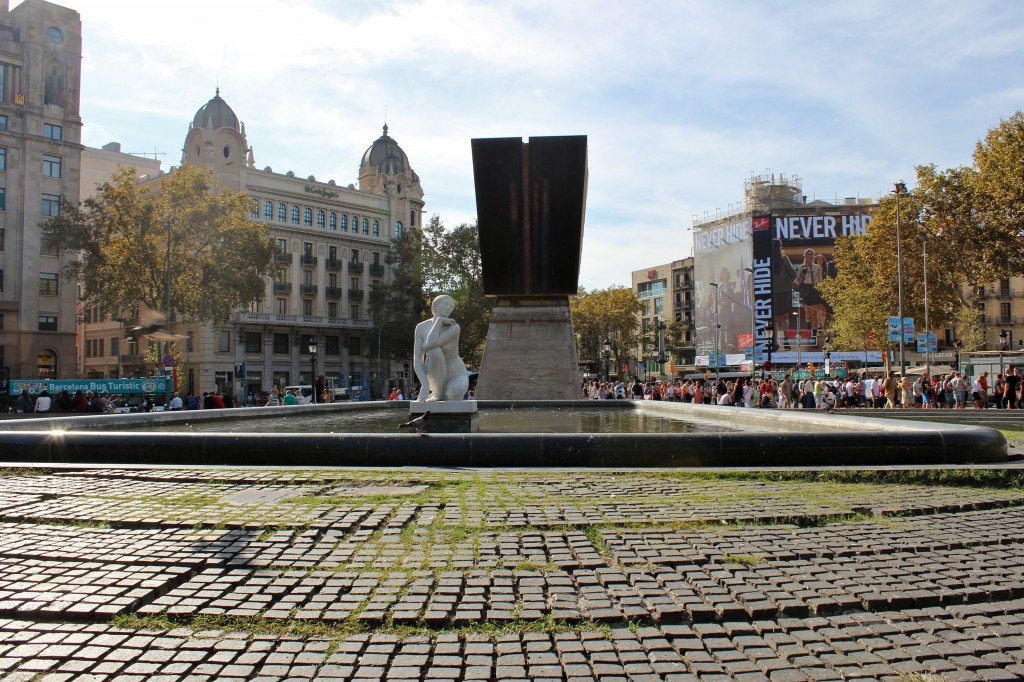 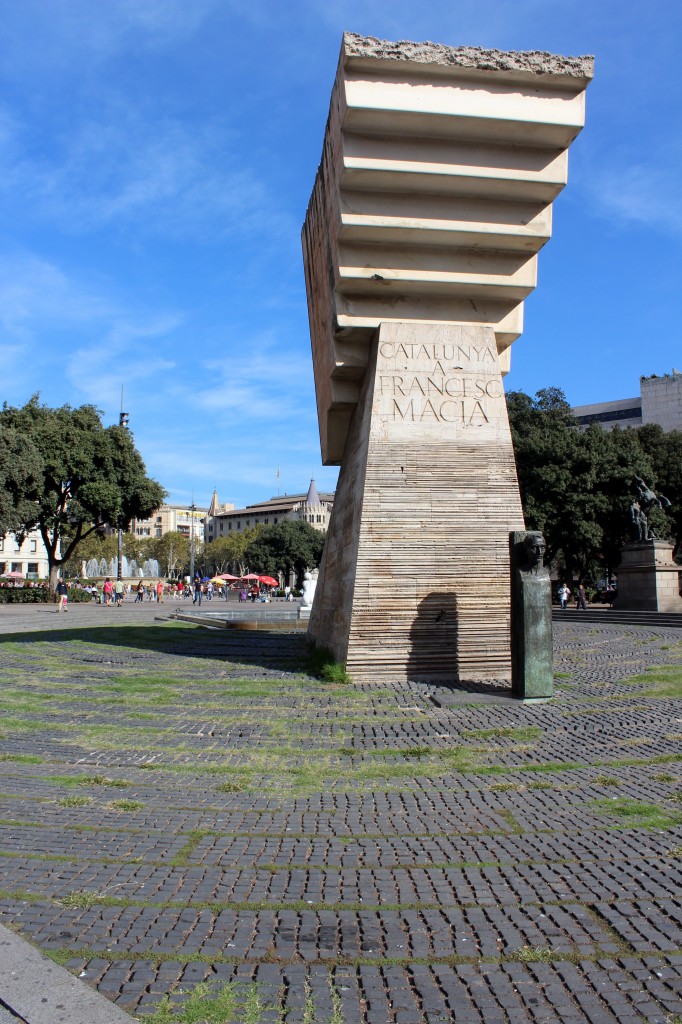 Visiting Plaça de Catalunya is like a sneak peek into life in the city. The number of tourists to be found in the plaza at midday speaks to Barcelona’s countless attractions worthy of international flights and extended stays. Yet the creativity and vibrancy embodied in the surrounding architectural elements is reflective of the culture of the city as a whole and the untold experiences that await.

Lauren is a second year MBA student at IESE.  To read more from her on Barcelona visit her blog: www.elleandpear.com.

Lauren is a second year IESE MBA student from the US with a background in private banking. To read more from her on Barcelona and European travel inspiration, visit her blog, Elle & Pear, at: http://www.elleandpear.com 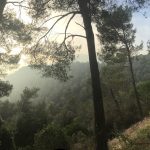 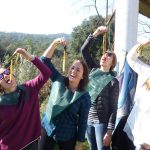 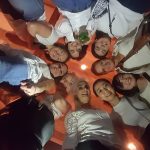 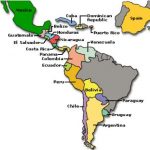 IS IT POSSIBLE TO BECOME FLUENT IN A LANGUAGE WHILE STUDYING YOUR MBA?