What made you choose a career in academia?

I co-founded a business in the 1970’s that was backed by ten venture capital firms, with five rounds of financing, which is a lot. Harvard Business School wrote two cases about the company, and I used to go to Harvard, Stanford and Darden as a guest speaker. From that experience I enjoyed the classroom environment, and I also got to know Stanford professor Irv Grousbeck well, who later became a kind of mentor for me. When we sold the company after eleven years, I decided that I’d like to try my hand at teaching and talked with several business schools to see if they might give me a chance to teach. The opportunity came up at the London Business School, so we decided to move to Europe in 1990, and I began teaching at LBS.

How did you come to teach at IESE?

Pedro Nueño invited me to come to IESE to teach a session or two as a guest. That led to teaching a half course as a guest. Then when I resigned from LBS after ten years, I decided that I wanted to continue teaching one course a year and do that at IESE.

You hold a Master’s degree in Christianity and Interreligious Dialogue,

That was the best thing I ever did.

Can you talk a little about it?

I have always been interested in religions, I’ve been very involved in the Christian church, and I read a lot of theology.

I learned about a one-year course on Jewish-Christian relations and decided to take it. I liked it so much that when I realized that it was part of a master’s program, I went back and did the whole program, which included studies in Islam and Buddhism also.

As I said, it’s the best thing I’ve ever done.

Does that help you in any way in the business environment?

Well, I think it gave me a much greater appreciation for the differences in people and a sensitivity to others that I didn’t have before.

And are you optimistic in your views of the current state of the world?

I’m cautious.  I think religion can play a very positive role, but it can also be abused — we’ve seen that throughout history, and we’re seeing it being abused right now.

If you weren’t in academia, what would you be doing?

Well, I am a businessman, and I still work as an investor and a venture capitalist, so I would probably continue doing that.

What are your hobbies?

Classical music and opera.  I enjoy sports, like football (soccer as we call it in the US), but my real passion is music.

Is that why you had to come to Europe?  Football vs Soccer?

I didn’t know football until I came to Europe. I knew American sports from having played them, but now I don’t follow them anymore because I don’t find them as interesting as football.

Regarding music and the opera, you must visit the Palau de la Música Catalana often then?

I go to the Palau, I go to the Liceu, and I also go to L’Auditori. In fact in two weeks when I return to Barcelona from Paris (where I live), my wife will join me and we’ll go to an opera at the Liceu and a concert at L’Auditori.

I’ve been to two other concerts and one opera this term.

Did you happen to see Cecilia Bartoli last year?

Actually, two weeks ago the hottest classical guitarist in the world, Milos Karadaglić, was here playing at the Palau. He’s a friend, but unfortunately I wasn’t in Barcelona then either so I was unable to go see him.

When we lived in London, we lived next door to one of the world’s greatest conductors, Sir Charles Mackerras, and we went to a lot of operas and concerts which he conducted. From that experience, I now focus on the conductors as much as the soloists.

Have you gone to any of the Ring Cycle operas?

I have never been to the Ring operas, but I have seen virtually all of Wagner’s other operas.

What is your favorite type of food or cuisine?

I would probably say Italian, but I also love Indian food.

A restaurant that you frequent here in Barcelona?

I read a lot of history and a lot of theology, but I enjoy fiction as well.  I just finished a book by an Algerian novelist, Amara Lakhous, a fun novel called “Dispute Over a Very Italian Piglet.”  I also recently finished reading a very good history of Iran by Michael Axworthy called “Iran: Empire of the Mind.”

What about Karen Armstrong’s books?

I’ve read a lot of her books.  I think she has a good perspective on religions and on religious fundamentalism in particular.

Actually my wife and I have been talking about that a lot, although I don’t think I’ll actually retire.  I would like it to remain somewhere in Europe.  We like Europe.  We’ve been here for 25 years now, but who knows, you never know where you’re going to finally end up.

In my personal view, I think you are all very lucky to be here at IESE.  IESE is a unique business school (in Europe at least) because of the sense of community here. When I say a sense of community, I don’t just mean among you students but more broadly among students, faculty, staff and alumni. The school’s values, which I think are very good, are something that you don’t find in many other places.

I feel fortunate to be part of this community, and I think you probably should feel the same as well.

I’d like to thank Professor Rob Johnson for his time and wish him good fortunes in his business career. 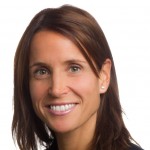 “Investing in private equity is like investing in people, in a team, in a value” – Cristina Badenes (MBA’98) 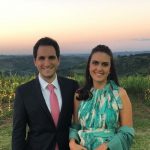 Mariana and Ricardo’s Journey to IESE Together 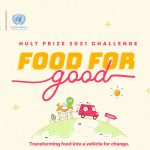 We’re only 1 week away from the Hult Prize Competition at IESE! 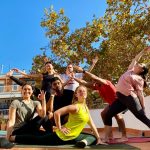 Staying Fit in Barcelona, Be Active