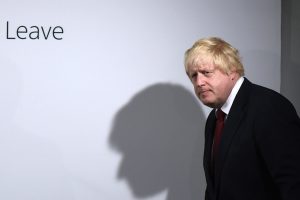 This week the Euro 2016 semi-finals and the final will be played and many football fans will be living through the decisive moments of the European football tournament, which will culminate on Sunday 10 of July. Yet, even amid all the football buzz, another decisive moment for Europe could not remain unnoticed. UK voted FOR Brexit!

‘Out of the EU and out of the Euros’ – people were quick to joke, yet the real global shock is still unfolding. Although seemingly unlikely to happen (the common sense notion had continued to be that of a united Europe), the current ‘Brexit hangover’ provides a sensible rationale for what has happened. Brexit proponents promised its voters to regain control over immigration, and redirect cash going weekly to the EU towards national health care. It is no surprise that, fueled by current anti-immigration sentiments and economic difficulties across Europe, such promises actually worked. Many media channels (e.g. here and here) actually agree that anti-immigrant sentiments were one of the main driving forces behind Brexit. Given the racist incidents reported post-Brexit, such propositions have gained reasonable weight.

But Brexit is not the only showcase of anti-immigrant sentiments and its possible outcomes. The world is also in anxious anticipation of a possible Trump presidency. Similarly to Brexit, Trump’s campaign also highlights the debate—or deep gulf—between nationalists, who feel attacked and disadvantaged by globalization, and those that benefit from it. One interesting The Guardian article actually poses the question of ‘which would you rather avoid, Brexit or Trump presidency’? Unfortunately ‘neither’ might not be in the answers’ list anymore… Yet, that would be the most sensible answer for me, as both cases follow the same trend of scapegoating globalization, immigration and multiculturalism.

In his commencement speech at New York University’s Stern School of Business, Jeff Immelt, CEO of General Electric, termed such tendencies as a global rebellion against globalization. Decrying protectionist tendencies, Immelt calls upon pivotal transformation in global business, which would support the changes in globalization. While globalization used to be about global trade and global integration, today, according to Immelt, ‘big companies are distrusted; governments and global institutions are failing to address the world’s challenges; globalization is being attacked as never before.’

GE’s CEO believes that it is time for global businesses to take control and drive global changes in spite of governmental dysfunction. ‘The one size fits all’ globalization strategy is outdated and Immelt argues that ‘sustainable growth will require a local capability inside a global footprint’, hence companies should go local within the global environment. Bringing a vivid example of GE, he notes that if before they used to have one site to make locomotives, then now the company has multiple factories worldwide.

The new manufacturing strategy is to open markets by ‘making what we want, where we want’, benefiting from appreciation for local culture and local workforce. Such globalization can’t be shut down by protectionist policies, as Immelt says and concludes that ‘we tend to think of globalization as a philosophy, but it is much more about what you do on the ground’.

3 thoughts on “Globalization Attacked as Never Before”