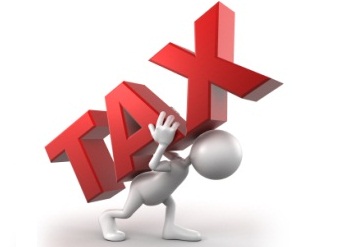 Tax equalization aims to maintain an expatriate’s lifestyle at the same level as it used to be at his/her home country by offsetting any tax differences that can occur while working abroad. To do so, the employer withholds the so-called hypothetical tax, which is calculated to be approximately the same amount of income and social security taxes as the employee would have paid at home. Thus, the employee is charged with a hypothetical tax, and the employer is responsible for paying the actual amount of tax at the end of the tax period. Consequently, if the actual taxes during the assignment are higher than the withheld hypothetical tax, the employer pays the difference; if taxes are lower, the employer keeps all savings. In other words, in the end equalizing taxes makes the international experience tax neutral for the assignee, and all gains or losses from tax differences are carried by the company.

Latta and Danielsen (2003) argue that there is also a third type of handling taxation. Specifically, some companies that are less experienced in the global market follow what can be termed a laissez-faire approach. This method places all responsibility for expatriate taxes on the assignee, which means that the employee calculates and pays the personal taxes on his/her own and, hence, also experiences tax windfalls or extra liabilities compared to the previous tax burden in the home country. This method may lead to incompliance with governmental legislation if the employee is unfamiliar with host country rules and regulations.

Comparing the three approaches, it seems that the tax protection method is the most beneficial for the employee. However, there are also several limitations and problems inherent in this methodology. For example, as the KPMG booklet on U.S. taxation notes, tax protection may restrict employee mobility. This is because expatriates may be unwilling to move from a low-tax country to a high-tax country because of losing the ‘tax benefit’. Similarly, if the host country’s tax increases during the assignment, the expatriate may experience financial difficulties and experience the loss of a previously held ‘benefit’, which in turn can create motivational problems. Latta and Danielsen (2003) suggest that country differences in taxation rules may raise issues of inequity because expatriates in certain locations may have higher tax windfalls than expatriates in other locations. Moreover, the process of taxes being reconciled and reimbursed to the expatriate takes time, and thus creates a period of uncertainty during which the expatriate does not know what to expect financially. Also, this may lead to a temporary negative cash flow until the amount the employee is owed is reimbursed.

6 thoughts on “A primer of expatriate tax issues”