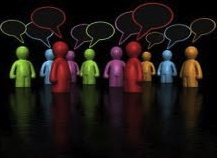 Given a few recent comments on one of my blog entries concerning how to assess cultural intelligence and how to differentiate it from other concepts, I would like to provide some further details. Let me begin by noting the difference between cultural intelligence (CQ) and the openness to experience dimension from the Big 5 personality traits.

Starting with definitions, the openness trait concerns characteristics such as active imagination, aesthetic sensitivity, attentiveness to inner feelings, preference for variety, and intellectual curiosity (Costa & McCrae, 1992). These characteristics are quite broad in scope and thus can relate to different areas of life. By contrast, CQ is more situation-specific and refers to culturally diverse situations: CQ is a person’s capability to function effectively in situations characterized by cultural diversity. But even more importantly, openness to experience is a personality trait, which implies that it is fairly stable. Conversely, CQ is considered to be a capability that can be developed.

Beyond these conceptual differences however, it is evident that the two concepts are related, as someone with high openness to experience can be expected to develop CQ more easily. Supporting this notion, some of the leading researchers in the CQ area have found that global leaders with high cultural intelligence also exhibit high levels of the openness personality trait (Ang, Van Dyne & Koh, 2006). These researchers concluded that openness to experience is a crucial personality characteristic that is related to a person’s capability to function effectively in diverse cultural settings.

As for measuring CQ, the scholars from The Cultural Intelligence Center propose some solutions. Apart from possible self-reflection methods of simply thinking about your own CQ capabilities, they created a 20-item scale (Ang, Van Dyne, Koh, & Ng, 2004) that assesses CQ on four main dimensions: CQ-drive, CQ-knowledge, CQ-strategy, and CQ-action. The measurement scale is available from CQ center webpage. Alternatively, a group of scholars around David Thomas (e.g. Thomas et al., 2008) propose that no single method will assess cultural intelligence in a valid way due to the complexity of the construct. These scholars suggest that there should be a more sophisticated measurement tool of cultural intelligence. For example, their developed CQ measure, apart from self-reported data, also includes video-analysis, which can better capture meta-cognitive aspects of CQ.

Finally, when looking at the effects of CQ training, it seems that scientific evidence showing the long-term effects is largely missing so far. However, it is possible to speculate that similar to most of the learned capabilities and skills, learned CQ would require constant practice (e.g. exposure to cross-cultural situations) and development in order for the positive effects to last longer.

Nevertheless, there is both scientific and anecdotal evidence for the general benefits of CQ trainings. Organizations develop training programs that can enhance employee capabilities on all of the CQ dimensions. Research (Earley & Peterson, 2004) suggests that apart from traditional trainings that increase cultural knowledge (CQ knowledge), these programs can help prepare people to deal with unfamiliar cross-cultural situations, and increase their ability to learn from and become more aware of their cultural experience.