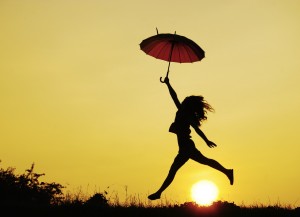 Some time ago, under the ‘fact or fiction’ category of my blog, I posted the question whether living abroad makes one more creative. Comments from many readers showed general agreement with this notion, and research evidence presented later on supported it as well. Back then we looked at research by Maddux and colleagues (2009, 2010) who concluded that living abroad does indeed enhance creativity through the mechanism of multicultural learning. In other words, the researchers suggested that adaptation while living abroad is the key to enhanced creativity.

Today I would like to look at a more recent research in this field, namely a longitudinal study by Australian researchers Fee and Gray (2012), which examines the aforementioned suggestion in relation to expatriates.

Specifically, Fee and Gray (2012) tested the hypothesis that the processes of cognitive change that expatriates undergo whilst adapting to a new culture can lead to becoming more creative thinkers. The link between expatriation and creativity was tested by measuring changes in the creative-thinking abilities of a sample of expatriates over the first 12 months of their placement. The researchers suggested that confronting a myriad of novel, ambiguous, and challenging situations creates a demand for coping, thus pushing expatriates to reshape the way of seeing the world, and loosening of one-dimensional routines and attitudes. Hence, a more flexible and creative mindset is created.

What is a creative mindset?

Based on theory, previous research has identified four main abilities that are central to creativity in any domain. Firstly, the cognitive abilities of creative people allow them to produce a large number of ideas for one problem or task. This is called ideational fluency, and refers to the quantity of ideas. Secondly, creativity includes originality, hence producing ideas that are uncommon, unexpected, or unusual. Originality is about the quality of ideas then. Thirdly, creative people can embellish their ideas with detail and complexity. This is referred to as elaboration, which makes it possible to develop a ‘raw’ general idea into a ‘finished product’. Finally, cognitive flexibility is needed to re-frame problems or, in other words, see the situation in a different way.

While previous studies indicate that creative-thinking abilities can be developed through formal teaching interventions, it is suggested that ‘informal’ settings can also benefit creativity. Adapting to the host culture may be seen as one such ‘informal’ creativity-enhancing setting.

Theorists view adaptation as a response to cognitive tension, which emerges when a person’s perceptions of the situation and embedded behaviors stop corresponding to the new environment. What happens next, is that in order to adjust, one has to break down existing ‘mental maps’, which are familiar patterns of thinking and acting upon them, then reconfigure these mental maps according to new environmental demands. Psychologically, this process may result in feelings such as anxiety, stress, and frustration. However, these losses are rather short-term, while long-term gains include improved cultural awareness and problem-solving skills. Hence, Fee and Gray (2012) hypothesized that cultural adaptation will enhance the four main abilities of creativity in the following way:

The results of the study showed, that indeed within the first year of an international placement, expatriates increased their overall creativity. The changes where observed in both cases: when comparing expatriates before relocation and after 12 months of relocation, as well as when comparing expatriates after 12 months of relocation with non-expatriates. However, the sole significant contributor to this improvement was found to be an increase in cognitive flexibility. The impact on ideational fluency and elaboration received mixed support, while originality did not seem to change at all. To put it simply, expatriates became more creative because they learned how to re-frame and see situations in several different ways. These results suggest that it is the process of deculturation, thus letting go of habitual thinking and behavior patterns, that has the major impact on expatriates’ creative development. Maybe the process of acculturation, with its cognitive frames-building process, has an impact on originality, however the effect might take longer to develop than the time frame of the current study.

First of all, having empirical evidence that expatriation indeed enhances creative thinking may serve as a non-financial incentive for attracting employees to expatriate.

Secondly, the study results may help in supporting the development of creativity during expatriation. For example, pre-departure training programs may raise expatriates’ awareness of existing cognitive patters, and the role they play during adaptation.

Thirdly, organizations can design repatriation procedures and/or follow-up placements that put the newly developed creativity into action. In this way, they will try to retain both the expatriate, who is eager to exploit the new skills, and the creative dividends themselves.

Finally, the knowledge that cross-cultural adaptation enhances creativity brings up one important question: how might organization replicate the ‘benefits’ of expatriation in domestic contexts? What can simulate the uncertainty and situational novelty that would challenge employees’ habitual thinking and behavioral patterns? Some creative thinking is required here 🙂

One thought on “Expatriation and Creativity: Does Cultural Adaptation Make the Brain ‘Workout’?”