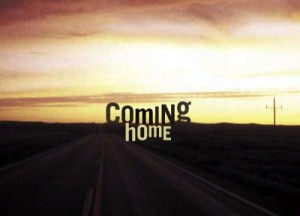 Undoubtedly, expat life can be very exciting. The experiences and challenges of life abroad develop one as a person, teach new skills and enhance capabilities, create new meanings in life, and generally translate into valuable memories, which are worth remembering for many years ahead.

Nowadays, the young generation gets involved with a globally mobile lifestyle already during their formative years, by planning for university studies and the first valuable working experiences abroad. According to a Unesco report, by 2009 there were 3.4 million students on the move each year, and the number is expected to grow. Students get more globally mobile than ever before. For many, experiencing globetrotting before ‘settling down’ at home becomes very sought-after. However, when it is time to pack up and head back, the reality of repatriation turns out to be not as easy as expected.

As noted in a recent International Herald Tribune article, there is ‘the dark side of expat life’. The comments provided in the article imply that young people living away from their home countries feel somewhat ‘stuck in limbo, neither here nor there’. This feeling is quite understandable given that for many, life in the host country is perceived as temporary, however as time passes ‘home’ in the native country becomes more distant. The main concern is that while being temporarily abroad, the lives of one’s peers, relatives and friends back home move on too: families get established, careers progress and house mortgages get paid. And even though equipped with new skills, experiences and prospects, at the moment of repatriation the recent traveller finds him/herself in a situation where a job needs to be found, new accommodation arranged, and social ties renewed.

This is how the problem is reflected by the young generation:

“I’ve watched as peers back home have married, had children, bought houses, advanced in their careers. Meanwhile, most of us here in Seoul find ourselves living Peter Pan-like existences. I’m entering middle age with nothing tangible to show for it”

“So should I go home pre-emptively and try to build a life there? But therein lies the expat’s problem: there’s nothing back home for me now”

Well, plainly speaking, the solution to such ‘rootless’ situation is quite simple, as it is up to only two choices: either settle abroad, or return back home. As discussed, returning back home may not be easy, and indeed, it may be perceived as starting all over again. However, there are ways of making such transition more positive. The following tips will make repatriation easier:

Failing to plan for changes can be the biggest contributor to the experienced difficulties. Hence, you should be ready to face changes in yourself, other people, places and lifestyles, as the result of the move itself and the effect of time.

While being abroad, it is difficult to organize a host of different things for your return. Having a mentor who can help you with administrative and logistical issues while also looking out for possible job opportunities back home is crucial in assisting your return. The mentor can be a family member or a good friend.

Regardless of the time spent abroad and the country you have lived in, there are certain things that have remained the same at home. This can apply to people, places and activities. Identifying such unchanged things and focusing on them can help you in managing the transition.

When returning home, you are often confronted with rather lukewarm interest in your experiences abroad – exactly at a time when you want to share the rich experiences you have gained. However, for family and friends back home who haven’t experienced life abroad it is difficult to grasp what it all entails. So finding a group of people with similar international experiences can be a good way not only to debrief but also to broaden your existing and establish a new social circle.

Surely you have made plans about living arrangements, jobs, social activities and so forth when moving abroad. However, the same is valid when repatriating as well. In other words, when going back home it is also worth planning for this new phase of life, being optimistic, open-minded and aware of the challenges and differences waiting for you in the once called ‘home’.

196 thoughts on “Returning Home after Living Abroad? Not as Easy as Expected!”