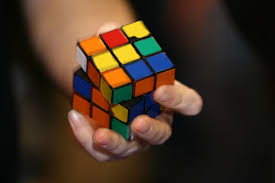 I am sure we all remember our school and university years, when we were filled with lots of theoretical and practical knowledge to be used in our future lives and careers. I am also sure we all remember the first days and weeks in our professional careers, when we realized that all that knowledge is not enough, and that in the real world few things work according to the textbook. It was the application and adjustment of this knowledge to real-life situations that was mostly lacking, wasn’t it?

Well, speaking about the world of global mobility, the same story would appear true and relevant. Much is being said about the importance of understanding different cultural contexts when relocating abroad, with such terms as cultural intelligence and cross-cultural training being quite familiar already. Generally speaking, we know that cultures do differ, and that in order to be successful abroad we need to be aware and have cultural knowledge of these differences. For example, David Livermoore’s cultural intelligence (CQ) concept includes the capability of CQ knowledge, which refers to one’s cognitions about cultures, and CQ strategy, which refers to being aware of such differences in actual situations. Most likely, cross-cultural training initiatives in organizations also start with expanding one’s cultural knowledge about the country of destination, and learning about the simple DO’s and DON’T’s of overseas cultures. Naturally, understanding cultural differences is very important, however, the problem may arise when gathering the cultural knowledge becomes not only the starting but also the end point of one’s preparation for relocation. In this case, when arriving abroad, we are most likely to find ourselves back in the transition from our studies to working in the ‘real life’, where just possessing the knowledge is clearly not enough.

From mere knowledge to behavioral change

As Andy Molinsky, an Associate Professor of Organizational Behavior at Brandeis International Business School, puts it, it is not the knowledge about the cultural differences that is needed to be effective across borders, it is the ability to adapt or shift one’s behavior in light of these cultural differences. This is what Molinsky terms global dexterity, a skill that he writes about in his recent book  ‘Global Dexterity: How to Adapt Your Behavior across Cultures without Losing Yourself in the Process’ (HBR Press, 2013).

According to Molinsky, the difficulty of behavioral adaptation to a foreign country is not just the process of translating knowledge into action itself, but also the fact that adapting a different form of behavior may feel unnatural and uncomfortable.

For example, let’s take Geert Hofstede’s cultural dimension of power distance and compare such countries as Russia and Denmark. According to Hofstede’s data Russia is much higher on the dimension (93 points) than Denmark (18 points). Hence, when a Danish worker is sent for an international assignment to Russia, one thing he/she may learn is that organizational hierarchy in Russia is very strong, with power being distributed respectively to hierarchy, and unequally. Being given the managerial position, the Danish expatriate is most probably expected to live up to the status, being directive in leadership style and using a top-down approach. Naturally, coming from a highly egalitarian and democratic working environment of Denmark, such a change might feel not that easy – and not that comfortable either.

How to handle the adaptation?

What Molinsky suggests is to make the new behavior one’s own, which means creating a cultural blend that would not compromise one’s feeling of authenticity. In other words, the behavior in a foreign country should still match one’s personality and values, while at the same time being respectful towards the foreign country’s culture and traditions.

Given that the idea of mentoring is well accepted as a means of facilitating expatriate adjustment overall, why not make sure that the mentor is familiar with local culture and organizational environment? That way, the mentor can provide valuable feedback for the process of customizing one’s own behaviors.

Thinking of the cultural adaptation process as acting, Molinsky proposes that practicing, or dress rehearsing, is an important part of making adaptation effective. Practicing should take place in realistic situations, which are very similar to the target situation, but with less pressure. I believe that the practicing phase is often forgotten, as we tend to think that knowing what cultural differences to expect would automatically result in altering our behavior, with little extra effort. In reality however, knowing is something different from doing.