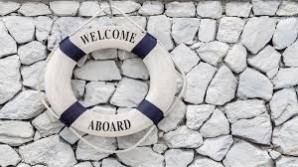 Expatriation is all about expatriates, right?

Probably you already sensed the undertone of this question. Naturally, the success of an international assignment is not only about the actual assignee, as there are many other parties involved, starting from the spouse and finishing with the relocation support professionals. However, it is also true that inspite of this understanding, the largest share of theoretical and practical topics is directed towards expatriates, overlooking the significant others. I believe that host country nationals (HCNs) is yet another population in MNCs, which is highly involved in the expatriation process, but lacks the deserved sufficient attention.

What is the role of host country nationals?

Irrespective of the aim of an international assignment, when arriving in the host country, the expatriate is expected to work closely and cooperate with local employees. As such, HCNs inevitably become colleagues and collaborators of the expatriate, and often play a crucial role in successful accomplishment of the assignment project. For example, assignments with the aim of knowledge sharing between MNC´s foreign subsidiaries require that the necessary skills and motivation to do so exist on both sides. This notion in regards to inpatriates is discussed in one of my previous posts.

Apart from the role of knowledge transmitters and receivers, HCNs are also seen as supporters of expatriates’ adjustment. A recent study (2013) by Canadian scholars found that expatriates, who sought advice from HCNs, reported better adjustment.

However, the productive relationships between HCNs and expatriates are not always a given. First of all, as expatriates are often in possession of power and provoke some level of change, HCNs may feel reluctant to accept these changes and generally leadership from a foreign employee. Moreover, judging from the differences in local values, traditions, language and work etiquette, HCNs are likely to perceive the expatriate as an out-group member, which may reduce communication effectiveness between the two. Finally, HCNs are also likely to earn comparatively less than expatriates in the same position, or feel that expatriates take their jobs. In both cases HCNs may feel being treated unfairly, which is yet another reason for potentially poor relationships with the foreign employee.

How to get HCNs on board?

Given the above discussion of HCNs´ roles and the importance of establishing a good relationship between them and an expatriated employee, there are several possible practical implications for MNCs.

Foremost, I believe it is necessary to ´sell´ the idea of bringing in an expatriate to local employees, who will be involved with the process. Specifically, it should be clearly explained to host country employees what is the aim of bringing in the international assignee, what are the knowledge or skill gaps that are impossible to fill by using local talent, and what will be the benefit for the host organization overall.

Further, to make HCNs even more motivated for the collaboration, their specific roles in making the assignment project work and the expatriate successfully adjust could be highlighted. Similar to any team that works better (more cohesively) with a clear understanding of roles and a sense of personal significance for the process outcomes, the HCN-expatriate relationship could also benefit from such an initiative.

Finally, when the motivation for collaboration is established, similar to expatriates themselves, HCNs could acquire cross-cultural training. Learning about the expatriate’s country of origin, his/her traditional business etiquette, as well as increasing personal cultural awareness may help avoid several misunderstandings and relationship issues.