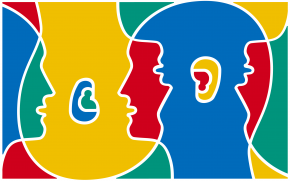 Governed by the needs of globalization, I believe it is fair to state that multilingualism is becoming a MUST in the increasingly multicultural business world. Apart from simply possessing more than one language, multilingual individuals are usually more culturally competent (linguistic knowledge decreases cross-cultural barriers), have a more efficient brain (take a look here), and generally more flexible in their thinking. But how much more flexible exactly? A recent article in the New Republic magazine suggests that multilinguals are so flexible that they actually have multiple personalities.

Referring to early sociolinguistic and ethnographic studies done, the author notes that bilingual participants in experiments were found to change the way they would interpret situations, the way they would finish sentences, and the descriptions of personal experiences along with switching the language. More recent linguistic studies have supported the assumption of changing personalities, as nearly two-thirds of bilingual study participants reported ‘feeling like a different person’ when switching between languages.

I guess you don’t even have to be fluent in several languages to get a hint of what these bi- or multilingual individuals may be referring to. Just think about the differences you can experience when talking in your native language as opposed to some other language that you are reasonably good at. The speed of your speech, your tone of voice, the phrases you use, the playfulness and jokes that you incorporate into your speech, and even the gesticulation you use – switching the language just switches you into another mode, doesn’t it? Differences in ‘how’ you express yourself in several languages is one thing, the other relates to ‘what’ you express. As the previously mentioned studies imply, language may also change the content of your thoughts and interpretations.

So does change of language trigger a change in personality?

François Grosjean, a PhD in psycholinguistics and the author of Bilingual: Life and Reality challenges the idea. In his article posted in Psychology Today Dr. Grosjean argues that ‘what is seen as a change in personality is most probably simply a shift in attitudes and behaviors that correspond to a shift in situation or context, independent of language.’ This notion is well supported by the author’s further argument of differences between bicultural and monocultural multilingual individuals. Monocultural bi- or multilinguals are individuals, who, although using two or more languages, live only within one culture, and according to Dr. Grosjean do not experience the multiple personality phenomenon. This suggests that the changes in how one acts and feels seem to lie within the multitude of cultures, not languages.

Another relevant and more recent study by researchers Ramirez-Esparza and colleagues (2006) use the ‘culture frame switching’ approach to explain the phenomenon. Specifically, the researchers assessed the Big5 personality dimensions of people in the US and Mexico who were fluent and current users of both English and Spanish. The results revealed a consistent pattern – when completing an English version of the questionnaire all participants tended to score higher on extraversion, agreeableness and conscientiousness, and slightly lower on neuroticism, compared to their Spanish versions. What is interesting is that this pattern follows a general tendency of English monolingual speakers to score higher on extraversion, agreeableness and conscientiousness than Spanish monolingual speakers. This notion suggests that English and Spanish cultural personality profiles do differ and so depending on which of the two languages is used the speaker is likely to change more towards the personality profile of its respective culture. Echoing this notion, the researchers did not suggest any profound changes in participants’ personalities; they rather registered inclinations towards one or the other profile. In other words, an extravert stays an extravert and an introvert an introvert, it is just that both become slightly more extraverted when speaking in English, and slightly less extraverted when speaking in Spanish. Given that language is an expression of culture, switching a language means that we acquire a different frame of reference through which we can see, perceive and express the world.

This is what the scholars call ‘Cultural Frame Switching’ – the tendency of “bicultural individuals (i.e., people who have internalized two cultures, such as bilinguals) to change their interpretations of the world, depending upon their internalized cultures, in response to cues in their environment (e.g., language, cultural icons)” (p. 118).

As such, there is support that the language we use may change how we think and feel based on the implied cultural differences. However, does it go as far as Charlemagne’s point that ‘to posses a second language is to possess a second soul’? Or is it just a matter of expressing different shades of the same multilingual and multicultural personality?

4 thoughts on “Multilingualism: Multiple Personalities or Just a Diverse One?”