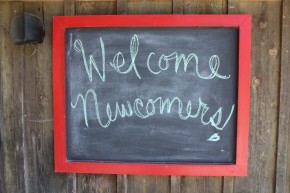 I believe that at the heart of every entry process, be it a new employee’s entry into an organization, a student’s entry into a new class, or an immigrant’s entry abroad, is a need for adjustment of the newcomer. In other words, whenever there is a change in environment, a need for fitting in arises. For example, relocating abroad as an expatriate implies adjusting to new customs, rules, climate, language, and several administrative issues. In academic terms we would be speaking about personal, social and work adjustment that take place upon relocation.

If we speak of company-initiated expatriates, who are being sent abroad with an aim of fulfilling a certain international assignment, work adjustment would be perhaps one of the most important to achieve. Indeed, upon arriving abroad expats usually need to get to their working routines fast, trying to effectively adjust to new work responsibilities, requirements, the organizational environment, and performance expectations. Given the importance placed on job tasks for company-initiated expatriates, it comes as no surprise that both academic and practical evidence positively link work adjustment to expat work attitudes and effectiveness, while the lack of adjustment is found to relate to different unwelcome costs (e.g. financial, professional).

Although a general consensus exists on the notion that expatriate adjustment takes time (see e.g. theories of adjustment stages), there seems to be a lack of longitudinal studies that actually investigate adjustment as a process. To fill the gap, recent research by Firth and colleagues (2014) takes a closer look at expatriate adjustment at the initial stages and its changes over time. The study authors highlight that although perceptions of adjustment can be formed quite quickly, they tend to change gradually and systematically over time based on accumulated assignment experiences. To enrich the currently sparse empirical support for this notion the authors aimed to examine the nature, antecedents and outcomes of changes in expatriate work adjustment.

Building on the work motivation framework and control theory, as well as keeping in line with previous research, Firth and colleagues hypothesized that motivation and stress related constructs will be predictors of expatriate work adjustment. To test the assumption, the study focuses on why and how expatriates’ motivational processes, triggered by motivational states and stress cognitions, lead to differences in initial levels of, and change in, work adjustment. For the purposes of the study, data were collected from an initial pool of 118 expatriates working in a multinational energy company and over the period of four months upon the start of their assignments.

Based on the study results, the authors draw three main conclusions. First, they found that expatriates’ motivation to engage in their assignments was positively related to their initial levels of work adjustment. More specifically, the results indicate that both cross-cultural motivation (willingness to act in a cross-cultural setting and perception of self-efficacy in acting effectively) as well as perceived psychological empowerment (the extent to which expatriates felt that their assignment is meaningful, and that they have competence in terms of performance, as well as choice and impact over their assignment at large) significantly predicted expats’ initial adjustment levels.

At the same time, the study found that the presence of challenge stressors, namely the work conditions that provide opportunities for personal achievement and growth (e.g. high levels of assignment responsibilities), relate positively to levels of adjustment over time. As such, the results suggest that the presence of early job challenges make expats exert extra effort to adjust, which in turn leads to improvements in performance, attitudes and perceived work adjustment over time. In other words, challenges prevent expats from reducing their efforts, which lowers the potential for a subsequent steep decrease in work adjustment.

Given the study suggested that initial work adjustment is higher for those expats, who are more cross-culturally motivated and psychologically empowered, the authors recommend managers to select those individuals for expatriation, who exhibit higher levels of motivation and empowerment. Moreover, during pre-departure training prospective expats can be provided with more knowledge and skills to increase their motivation and perceptions of self-efficacy in relation to their forthcoming assignment.

Further, the results suggest that maintaining high efforts directed towards adjustment is crucial in order to sustain positive adjustment changes over time. As the study reveals, the amount of challenging stressors could be of help here. This indicates that managers may increase the amount of challenging stressors, for example by widening expats’ responsibilities and setting performance standards, in order to keep expats focused and satisfied with their assignments. Here, however, it would be important to fit the challenges with each expat’s personal levels of ability, so that the planned challenging stressors do not turn into hindrance stressors, which may decrease job performance, satisfaction and adjustment.

All in all, the study highlights that expats’ initial work adjustment, as well as its changes over time is related to the factors of motivation, perceived psychological empowerment and job challenges. In a positive and practical vein, these factors are amenable to organizational processes, and thus expat adjustment can be supported through expat selection, training, leadership and assignment design.