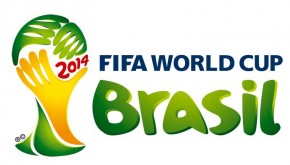 Joining in on the frenzy of the football World Cup in Brazil, this week I would like to draw some parallels between the world of professional football and the world of global business.

To start with, the casual transition that football players have between their club teams and national teams is quite striking. Looking into the stats for individual players, it seems that professional players spend about 70% of their playing time in the clubs and not more than 30% as a part of a national team. In other words, for the majority of the training and playing time professional players stay within their clubs, developing the game strategies, getting to know each others’ strength and weaknesses, and making the team function as a whole. Yet, coming from different professional clubs to play for the national team on an event as big event as the World Cup does not necessarily follow stats but rather nurtures the expectation of a quick immersion into the team and making it work. Football is a team sports after all.

Although without a ball and a (physical) goal, the world of global business is not much different. In global business there are also common aims to meet performance indicators through often globally dispersed employees, who at one point come together (either face-to-face or virtually) and have to execute the task. As such, what can global business teams learn from successful national football teams? For example, let us think about the Dutch team’s triumph (over Spain), with the starting squad of five players from Dutch clubs, 3 from British clubs, two from Italian clubs, and one from German Bayern Munich. How can they make their team cohesive in little time and under substantial pressure? How can they make players from different professional clubs cooperate so well as a unit?

Naturally you may argue that the players coming together for the national team have one very big factor to share, namely their national identity or country of origin. True, and yet they may experience many more differences in terms of how to play and communicate with their teammates. Still, maybe this common national ground is the main factor that allows for cohesion in spite of all the differences?

In a cross-cultural business environment, with many obvious differences and lack of obvious commonalities, it is often tempting to focus on the differences and, hence, make mutual understanding even more difficult.

Consider the following study that was published by Mark Levine, Amy Prosser, David Evans and Stephen Reicher in the Personality and Social Psychology Bulletin (2005). With the World Cup up and running this study is very timely indeed. The authors recruited Manchester United football fans for a study and got them to write about why Manchester United was their favorite team, how long they had been fans, and how often they watched the team play. Subsequently, when walking from one building to another, the football fans saw a runner slip and fall, holding his ankle and screaming in pain. The question the authors were interested in examining was whether the fans would help the runner, depending on the T-shirt (which expressed affiliation to some team) the runner was wearing.

This obviously begs the question whether it is possible to get people to help a rival or, put in another way, someone who is visibly different from yourself, whether in terms of cultural or ethic origin or language. Translating it to the language of the World Cup, how can the German national team coach make Bayern and Dortmund players support each other?

In another version of the study the fans were initially asked to write why they were football fans, what it meant to them and what they had in common with other fans. In this version, the helping behaviors changed dramatically when the fans saw the runner fall: In the case of wearing a plain T-shirt only 22% helped while the runner with a Manchester United T-shirt could expect to receive help from 80% of the fans. However, importantly, when the runner was wearing the FC Liverpool shirt, still 70% of fans helped out.

In other words, finding some common ground, as opposed to focusing on differences, may enhance the cooperation between people. As it shows from the aforementioned study, when looking at someone as a fellow football fan rather than a rival we can more easily identify with that person.

In the case of the German national team, highlighting the common goal of playing for the same country could be key. Coming back to World Cup national teams more generally, their common ground is indeed their national identity and the mutual goal of winning the tournament.

This has important implications for operating across cultures. We often fail to identify with other people because we think about how they are different and because we tend to think about them in terms that are too narrow and specific. However, if we are able to broaden our perspective and identify commonalities, we are more likely to build bridges and interact with people from different cultural backgrounds. And this is particularly important during the weeks of intense World Cup rivalry!

15 thoughts on “What Can Global Teams Learn from the FIFA World Cup?”