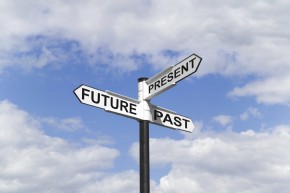 It really is fascinating how quickly the global business environment develops and changes. The latest Insight article in the McKinsey Quarterly magazine illustrates the point very well, highlighting the fifty years gap between then and now.

For example, exactly 50 years ago, in 1964, IBM made a breakthrough in computer technologies with their System/360 mainframe, which was a desk size machine used primarily by corporate and governmental organizations. Some 15 years ago we became familiar with mobile phones, desktop computers and limited Internet connection, hence, technology became more available for individual consumers, yet remaining a rarity for many. Today, technology and connectivity are the norm in the developed world. Kids are becoming tech savvy already before going to school, we have internet in our homes, in our mobiles and in many different public places, and you rarely see a person without some technological gadget in their hands. A great example comes from China, where in one of the cities they recently launched a special walking lane for people using cellphones. As such, the technological development is one of the most vivid and rapid changes we have witnessed. Moreover, the McKinsey professionals argue that, according to the Moore’s law the progress in technology and connectivity will further grow at roughly exponential rates.

Apart from the technological gap between then and now, the McKinsey article also highlights the factors of emerging markets growth and an aging population.

I would argue that the topic of emerging markets also extends to globalization more broadly. Fifty years ago, the word ‘globalization’ did not mean much, whereas today it is certainly buzzing everywhere. Similar to the development curve of technologies, the last two decades in global business have showed a rapid increase in borderless movement of goods, services, and workforce. According to a publication of the International Monetary Fund, there are about 230 million people living as migrants today, opposed to 77 million in 1970. Moreover, in contrast to the allure of developed economies a few decades ago, nowadays people and businesses have also started actively migrating to developing locations. There are more and more surprising destinations that global businesses are trying to expand to. As such, the McKinsey professionals argue that the locus of economic gravity is shifting towards emerging markets.

Finally, fifty years ago was an era of postwar baby boom, whereas today we mostly speak about the aging population. Similar to notions in one of my blog posts, the McKinsey article states that ‘the baby boomers have begun retiring, and we now talk of a demographic drag, not a dividend, in much of the developed world and China’.

Taken together, these three major factors – technological development, emerging-markets growth, and aging population – seem to be driving the significant changes of our present and future. Naturally, global businesses need to take them into account.

Given that the playground for global businesses is constantly expanding, global managers should prepare for additional opportunities and additional threats. Today companies have possibilities to establish their operations pretty much on a worldwide basis, which means being able to execute a global company strategy in very diverse environments. As the McKinsey professionals suggest, global managers need to do both: ‘to “zoom out” in the development of a coherent global approach and to “zoom in” on extremely granular product or market segments. The additional threats come in the form of unexpected competitors, for example the rapidly developing local businesses in emerging markets. Therefore, it is all about anticipating and reacting aggressively to these ever-changing business conditions, for instance by having both immediate tactics and long-term improvement strategies.

Probably the best word to use here is agility, as employees from different cultures, different generations and different environments expect different approaches. For example, there are reported differences between employee generations, with younger generations expecting more work-life balance and global mobility opportunities than previous generations. Apart from providing more flexibility for how, where and when employees work, the McKinsey professionals also draw attention to developing employee skills and capabilities. While the aging workforce should be upskilled for innovative technological ways of working, the next generation’s skills should be built in accordance with the future’s tech-led business models.

3 thoughts on “Global Business Environment: Comparing the Then and Now”