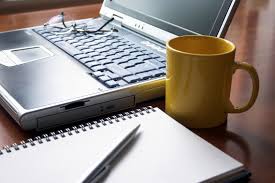 When speaking of progressive workplace policies, telecommuting is definitely one to mention. The term ‘telecommuting’ refers to employees using modern technologies to work outside their office, let it be their home or any other location, either regularly or from time to time. As described in one of my earlier blog posts, telecommuting is a trend on the rise, as it provides much-sought flexibility and work-life balance for employees, as well as helps to cut office maintenance and travel costs for employers. As if illustrating the benefits and fast spread of telecommuting, one acquaintance of mine recently shared with me her frustration with too frequent business travel in her job and no virtual communication opportunities, which, as she jokingly put it, ‘feels like the stone age’.

Yet, in spite of the general acknowledgment of telecommuting benefits, in 2013 Yahoo decided to ban the practice and reversed everyone back to the office. The reason was quite simple: although telecommuting feels good to employees, it does not quite satisfy the business needs. Specifically, Yahoo management felt that work from home does no good in fostering employees’ collaboration, interaction and creativity on the team level. Indeed, the telecommuting drawbacks, related to social isolation, loss of on-site brainstorming, decreased employees’ productivity and weakened team culture, are being often pronounced.

Echoing employers’ concerns about telecommuting, a recent academic study by Gajendran, Harrison and Delaney-Klinger (2015) aimed to investigate the effects of virtual work on employee job performance and citizenship behavior, hence task and contextual performance respectively. In other words, the researchers looked at whether telecommuters work hard and are dedicated, as well as whether they are cooperative and helpful towards others. To examine telecommuting’s potential influence on employees’ task and contextual performance, the study built a theoretical framework that looked into social exchange theory, the job resources perspective and the social information processing model.

First of all, seeing telecommuting as a form of idiosyncratic deal (i-deal), hence a nonstandard, customizable, and individually negotiated work arrangement, the researchers theorized that it would create a reciprocation need in employees. According to social exchange theory, employees, as recipients of flexible i-deals, are likely to feel obligated toward their employer. Thus, they may try to minimize the obligation by reciprocating through better task performance and good citizenship behaviors.

Secondly, the researchers hypothesized that telecommuting may be beneficial for employees’ task and contextual performance because of enhanced perceived autonomy (employees determine themselves where, when and how they work). According to the job resources perspective, telecommuters are likely to channel surplus work resources such as autonomy toward task performance and citizenship behaviors. One of the underlying mechanisms here is motivation, as greater autonomy satisfies intrinsic employee needs for self-determination and meaning (self-determination theory, Ryan & Deci, 2000).

Overall, the researchers concluded that ‘alleviating widespread managerial concerns, results suggest that telecommuting does not impose significant performance and citizenship costs; in contrast, they suggest it has advantages for both of these criterion domains’ (p. 382).

On a practical note

The study results imply that telecommuting might be a great resource for employers, when served in a correct way. Organizations where telecommuting is offered as a special perquisite to a privileged few, thus is not a normative practice, seem to have the greatest benefits in terms of task performance. Moreover, managers are suggested to view telecommuting as an i-deal, which provides employees with extra autonomy – a valuable job resource to improve employee performance. Yet, managers need to be careful not only to provide these i-deals to those they trust and believe as worthy of receiving special privileges. These employees are quite likely to already reap all the benefits from high leader-member exchange, and not perceive any extras coming from telecommuting arrangements. In contrast, using formal telecommuting policies may ensure that also employees in low leader-member exchanges have the opportunities to telecommute – as the results show, this is the population to benefit the most from telecommuting effects on task and contextual performance.