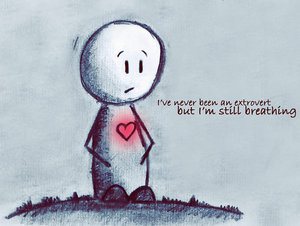 How do you feel about big social gatherings? Do you consider yourself outgoing and at ease with blending into a group of strangers? Does your creativity spur in solitude or during team brainstorming? Do you prefer action or contemplation?

As you have most probably sensed by now, all of these questions relate to the well-known and highly popularized personality dimension of extraversion–introversion. Although the majority of us have definitely heard about this categorization and, quite likely, identified ourselves with one or the other type, we rarely think about this dimension in terms of our social and business cultures. Yet, there is something to think about!

Susan Cain, the best-selling author, expert and prominent speaker on the topic of introverts, argues that we live in a world that prizes extraverts. Indeed, today teamwork and group learning are encouraged as early as the school years, companies switch to open-office spaces, brainstorming and teambuilding activities seem to be an essential part of any business meeting, networking is a buzz-word when it comes to social capital, and intuitively we link success to outgoing and charismatic personalities. Labeling it the ‘new groupthink’, Susan argues that we believe too much in that creativity and success come from ‘an oddly gregarious place’ and says that ‘we take that too far and we say therefore that everybody should be out and circulating and having these conversations all day long, and we leave very little place for deep thought and for focus and a work space where you can’t be interrupted.’

In her powerful TED talk, Susan highlights this bias towards extraversion and argues for the power of introverts, the importance of solitude in terms of creativity, and contrasts the loudest or the most dominant voices to speaking ‘softly’. Advocates of introverts see them as people, who are good at listening, think before they speak, can be heard, and can be creative and innovative. Moreover, many promote introverts as leaders, who can empower people better than extraverts (e.g. read here and here). Although the majority of academic research links effective leadership to extraversion, there is also some emerging research that supports the leading power of introverts. For example, Grant and colleagues (2011) found that extraverted leaders enhance group performance only when employees are passive, while proactive teams are better led by introverted leaders. According to the researchers, this effect is due to extraverted leaders being less receptive to employees who make suggestions and take initiative than introverted leaders. Finally there are some good real-life examples, such as Mahatma Gandhi, Abraham Lincoln, Albert Einstein and Socrates, which show that introverts can indeed be great leaders!

So what about introversion in the world of global mobility? Can introverts become successful expatriates?

It seems that the dominance of extraversion in the expatriate world is no different from this general bias. Thinking about potential expats what comes to mind are traits such as people-oriented, outgoing, talkative, adventure-seeking, sociable and risk-taking; hence, we think mostly of extraversion. Further, the international adjustment process as such implies social engagement, networking, social events and team building with new co-workers.

In this extraverted expatriate world, do introverts have their own place? So far, there does not seem to be any academic research on this specific topic, yet, just searching for ‘introverted expat’ on the web provides a lot of examples (e.g. here and here). So, there are introverted expats out there and they can be successful in their endeavors abroad. Moreover, stemming from Cain’s premises on introverts’ creativity and Grant’s research on introverts’ leadership, we can assume that introverts can be worthwhile members in and leaders of multinational teams.

All in all, introversion should not be seen as a handicap in any way, rather it is just another way of being, which can be as, or even more effective and successful as the highly praised extraversion. As Susan Cain puts it, it is not the loudest or dominant voice that matters, ‘it’s the conviction which carries the day’, and conviction can also happen when speaking ‘softly’.

11 thoughts on “Introverts in an Extraverted Global World”