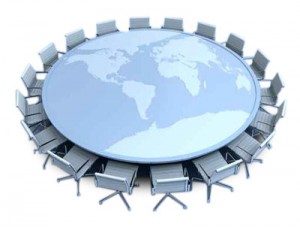 Integral to the global business landscape is intercultural contact and communication. As such, one of the basic requirements for people to successfully deal with this diverse landscape is cultural sensitivity, or cultural intelligence (CQ). Be it international student-trainees, temporary expatriates, permanent migrants, or local workers of a multinational company, we would want these people to understand cultural differences and to adjust their behaviors and communication style according to these differences. Thus, whatever the form of intercultural contact, learning about cultures becomes essential. Given this, decades of research and corporate practice have promoted and celebrated different forms of cultural education and training. Yet,

A recent research study by Emma Buchtel (2014) provides a good question to think about: Does learning about cultures improve cultural sensitivity, or does it strengthen cultural stereotyping?

On one hand, we truly need to understand how one culture differs from another, so that we can identify cultural influences on our behaviors, develop an appreciation of different worldviews, and be attentive towards judgments and attribution bias. For example, for a German expatriating to Japan it would be useful to know about the differences in the preference for high versus low context communications between the two cultures. It is likely that a direct and task-oriented approach common in Germany would be considered rude in relationship-oriented Japan where saving face is important.

On the other hand, would such knowledge not also support a stereotyped difference between Western and Eastern cultures? Is it necessarily true and essential that Westerners are more direct, all of them, as a group? Stemming from previous research on the topic, Buchtel argues that cultural learning might legitimize stereotyping and support prejudices, as it increases the tendency for group categorization. This might result in a negative outcome, given that group categorization links to ‘US’ vs ‘THEM’ thinking, which in turn does the opposite of uniting people.

Carried out with students in a Cultural Psychology course, Buchtel’s study found that students, who took the course, were more able to accurately perceive cultural aspects of interpersonal interactions (metacognitive CQ), more conscious of culture in interpersonal interactions, and more non-judgmental than students in the control group. Although these results reveal that the effects of the cultural psychology course were more positive than negative, we should be cautious in drawing overly positive conclusions. Firstly, Buchtel also found that in the case of less motivated students, who did not perform well in this course, the course increased their endorsement of unconfirmed cultural stereotypes. In other words, this evidence suggests that if not taken with full responsibility and engagement by the learner, cultural learning may enhance stereotyping. Second, the researcher found that compared to the control group, after the Cultural Psychology course students did not improve on their self-reported knowledge about other cultures (cognitive CQ); confidence to deal with new cultures (motivational CQ); or adjustment of one’s behavior when interacting within different cultural contexts (behavioral CQ). As such, this specific course improved only one aspect of cultural intelligence – the metacognitive dimension, which refers to an individual’s cultural consciousness and awareness during intercultural contact.

What to make out of it in terms of global mobility?

I believe that this study is a good illustration and starting point for considering potential unexpected effects of cultural learning. We always aim for improving cultural competence, but in reality we risk having not only positive but also (or only) negative effects of such initiatives. As Buchtel concludes, ‘cultural differences should be discussed, but care must be taken to teach students that the existence of valid sociotypes does not imply validity of all stereotypes, essentialist thinking about individuals or cultures, or prejudiced attitudes’. In other words, there are valid facts about cultural differences that are worth teaching. Yet, cultural learning programs should also consider more explicitly that different groups can have more similarities than differences, and that differences within a given group can be larger than differences between groups. These programs also need to emphasize that there are ‘true’ and ‘false’ (unconfirmed) stereotypes, and that the ‘true’ stereotypes serve some sort of cultural purpose (i.e., that another group is not just acting ‘weird’). Finally, cultural learning programs should go beyond metacognitive aspects and target the remaining aspects of participants’ cultural intelligence.

4 thoughts on “How Should We Learn about Cultural Differences?”