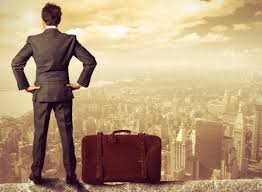 Several years ago in one of my blog posts I posed a question whether starting an expatriate assignment requires more company support than repatriation. Despite the common logic that going abroad to a new and unfamiliar place should be more challenging than returning home to a familiar place, this notion couldn’t be further from reality. Indeed, existing research suggests that repatriation adjustment is as difficult, if not more difficult than the original adjustment during expatriation, a finding that is supported in a recent study on reentry experiences.

The Researchers Szkudlarek and Sumpter (2015) argue that existing reentry research points to numerous concerns which affect the well-being, readjustment, and career trajectories of the returning individuals, whereas reentry issues are still underestimated as compared to issues experienced during expatriation, and neither scholars nor practitioners focus enough on this topic. According to the latest Brookfield Global Relocation Trends survey, 51% of assignees leave their company within two years after repatriation, yet only 10% of the surveyed companies provide repatriation career support for assignees and only 11% provide repatriation support for the family. 22% of the companies have no initiatives aimed at reducing assignee attrition. Naturally, for the companies high repatriate attrition rates mean a loss of valuable human resources, international knowledge and experience, as well as future return on investment.

Aiming to address this gap between existing reentry challenges and the reentry support provided by organizations, Szkudlarek and Sumpter (2015) undertook an empirical investigation of the development and execution of reentry training. Looking into the main questions of what, when and with whom, the study focuses on the themes of reentry training content, timing and whether the training was provided in a group or individual format. Moreover, interested in the current state of reentry training design and execution, the researchers were also interested to find any discrepancies, and explanations, between theoretically supported ideas and actually implemented practices.

Study findings: The what, when and with whom of reentry training

The current state of reentry training was assessed based on the qualitative interviews with 31 different international training providers.

First of all, the researchers concluded that although there is quite some theoretical agreement that reentry training content should include both work-related and general adjustment, the actual content of the sessions differs considerably across training providers. As it turned out, some trainers focus solely on work adjustment, debriefing international experiences and reviewing newly gained skills, knowledge, and attributes, while others deal solely with concerns of cultural readjustment and reverse culture shock. This discrepancy is largely influenced by trainers’ educational background, experience and lack of insights into existing theories. Influential were also organizational preferences for training content, which are often limited to organizational efforts to keep the expatriates ‘happy’ for as long as possible. As the researchers state, ‘The unfortunate effect of these content decisions is that repatriates fail to receive training on topics that will be most beneficial for their careers and most helpful for their personal reentry transition’.

When looking into the timing of training, the study showed that the majority of companies offered training as post-reentry interventions. Compared with trainings prior to repatriation, post-reentry trainings entail less logistical concerns and somewhat more engaged participants, as they have had the opportunity to experience reentry issues already. At the same time, research highly supports training as a preventative measure, which allows repatriates to prepare for the upcoming change, and hence manage it better. For instance, before the reentry transition assignees can get training that helps to manage expectations, plan their careers and build social support systems. In essence, the timing of reentry training seems to reflect the understanding about the goals of the intervention: is reentry training a crisis intervention or a preventative intervention? Given such a distinction, it probably comes as no surprise that trainers find it difficult to convince clients of the need of pre-reentry training, as in the majority of cases the trainees’ themselves and organizations fail to perceive the need for such training prior to actually experiencing distress. As I mentioned earlier, it is a common logical fallacy to assume repatriation to be relatively easy.

Finally, it turned out that the majority of the interviewed providers run their sessions in individual rather than group format. Such choice is explained by both sensitivity and confidentiality issues related to the discussed topics, as well as the fact that reentry training is offered predominantly only to senior executives or high-potential employees, who expect individual attention and a tailored approach. Although these reasons seem to be very valid, an individual training setup lacks several benefits of group settings, such as normalization of the experience, network building, experience and knowledge sharing, and a support circle. According to existing research, group formats aid repatriates in several ways, which is why group design is strongly suggested over individual sessions.

As is evident from the study results and analysis, there are substantial discrepancies between actual practices and evidence-based theoretical guidelines. Hence, reentry trainers and organizations are advised to obtain better insights into existing theoretical premises on the topic.

In terms of the main themes of the current research, trainers should ensure that their programs include a balance of both work and general adjustment content, develop pre- and post-reentry programs (possibly using virtual settings or creating training partnerships between home and host locations), and consider using more group sessions, at least as a preparation phase for the individual approach. In terms of this latter notion, group sessions could allow making reentry training more inclusive; sure enough reentry challenges are not just a phenomenon in executive positions.

Finally, organizations are well-advised to change their view of reentry training from a burden and ‘quick-fix’ to an investment with long-term goals. Training relevance and effectiveness undoubtedly could be strengthened by HR involvement in development and execution of reentry programs.