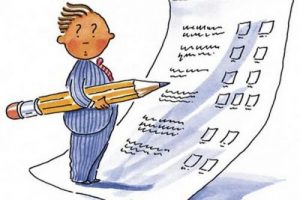 Recently, the Economist Intelligence Unit (EIU), sponsored by UnitedHealthcare Global, surveyed 360 executives from North America and Europe and conducted five in-depth interviews with experts to examine companies’ experiences with global mobility. In the following I will highlight some key report data that caught my eye.

Apart from the traditional routes within the US and Western Europe, as well as between these two regions, Eastern European destinations and emerging markets in general are becoming more and more popular. Moreover, multinationals headquartered in emerging markets are increasingly sending their workers overseas too. Notably, emerging market multinationals do not necessarily follow the traditional pathways of landing in developed locations, but rather end up in other emerging destinations. As reported in the survey results, Indian and Chinese firms are actively sending their workers to Brazil and Africa, for instance. In addition, although much less experienced than established multinationals, start-ups and small and medium-sized firms have also become more active in sending their workers abroad.

• The expectation of travel ‘is built into employment contracts’

Nowadays, the pattern of employee travel is far from the stereotypical well-compensated middle-aged expats with family. Instead, given the multitude of mobility practices, ranging from permanent relocations to project-based assignments or commuter assignments, travel is basically a work requirement, pretty much built into many job descriptions. The report data also point out that due to companies’ cost pressures short-term trips become more common, which also signifies greater availability of mobility to a larger range of employees. In essence, if before we were speaking of a group of global employees working for longer stretches in different locations, then today frequent travellers are becoming the ordinary ‘workhorses of the globally mobile world’, as one of the experts put it. I would argue that not only do companies deprive expatriation of its privileged status; employees’ mindsets are also changing. Younger generations, namely generations X and Y, are often willing to relocate and perceive mobility opportunities as enriching and career promoting.

• Travelling for work is widely available, but becomes more risky

Based on the survey data, nearly half of the survey respondents expect expatriation risks, including risks to personal security, to increase. Global political instabilities, terrorism and natural disasters are some of the potential causes. Although hardship allowances are nothing new to the world of global mobility, compared to the situation a couple decades ago, the perception of increased risk does not depend on the assignment destination so much anymore. In other words, no place can be considered safe anymore.

• Risks increased, but expats are selected in a traditional manner

Interestingly, although the global mobility landscape is changing, the expat selection processes seem to remain quite traditionally focused on technical skills. Specifically, according to the reported data, 43% of respondents said that workers’ overall expertise and skills was a typical consideration, whereas willingness to work abroad (27%), psychological strength (24%) and physical fitness (19%) are considered to a much smaller extent.

• Expat support is a persistent worry

Another ‘traditional’ element within global mobility is the challenge of consistently providing support to international assignees. Apart from constant cost pressures – and hence trying to send abroad more employees for less money – companies also experience also mismatch between the support needed and support provided. First of all, given the increased risks the majority lack emergency protocols (60%) and don’t offer regular updates about political or personal security in the host destination (62%). Moreover, almost 70% of respondents do not provide their expats with psychological counseling, which could address the stress and challenges experienced by global employees. In general, survey participants agree that softer support for international assignees and their families is underused, partly because their benefit is quite hard to assess. According to UnitedHealthcare Global, these report findings confirm the visible gap between recognized human capital risks and responses to these risks. Highlighting the lack in security-, health-, and wellbeing-related support, as well as cost saving-oriented sacrifices in these important areas, UnitedHealthcare Global concludes that these gaps are representative of the new era of globalization and call for innovative and borderless solutions.