Over the last 6 weeks or so I have been teaching a second-year course in the MBA titled Strategy & Geopolitics. The course is loosely based on my book by the same title in which I argue that business leaders need to pay more attention to geopolitical issues as they tend to be taken by surprise when things happen in the world like Russi’s invasion of Ukraine this week.

The invasion did take many people by surprise (including me) despite the fact that the Biden administration has been working steadily over the last few months to warn its allies that Russia was planning an invasion and even took the step to go public with some of its intelligence on the upcoming invasion.

Just after Russia recognized the so-called “republics” of Donetsk and Luhansk my students asked me what would happen. In class, we have been speaking about the historic roots of the current crisis, NATO expansion, the energy dependency of Germany and other European countries on Russian gas, and other related issues. My students know that I recognize Russian concern about the Eastward expansion of the Alliance despite Western promises not to do so and thought I might have some special insight.

Of course, I was wrong.

My own conclusion is that Russia would stop with the Donbas, as the region is known, and offer the world a similar situation as it did when it annexed Crimea eight years ago. At the time I did confess that my bias was to look for reasons why a full-scale invasion was unlikely. 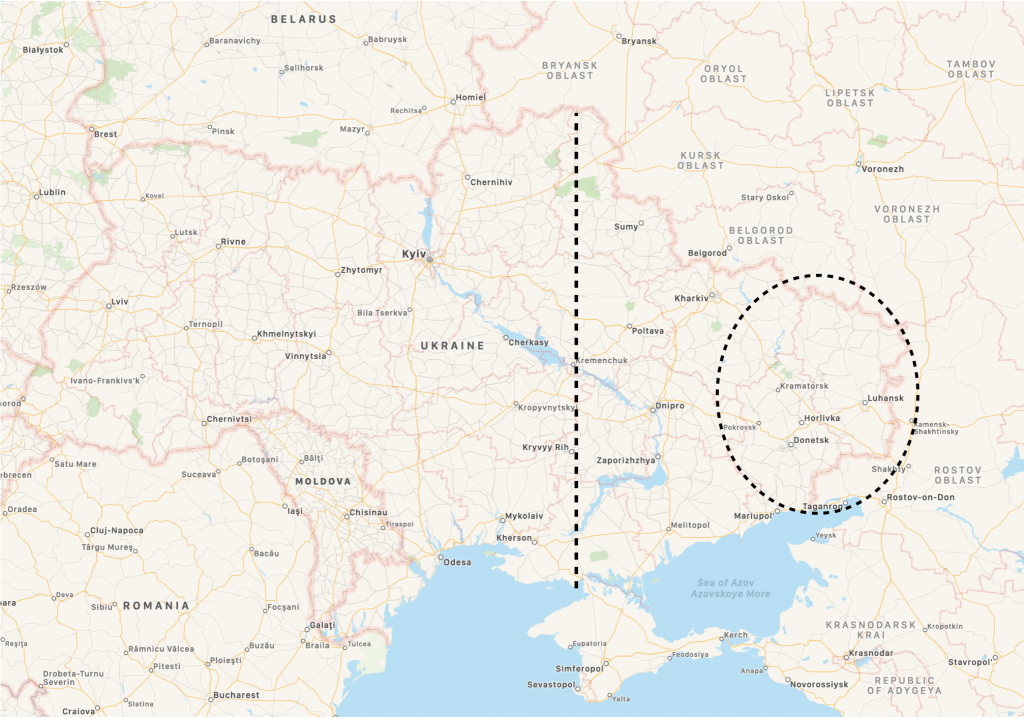 My thinking was that Putin would either be satisfied with the Donbas or, at worst, would draw a line north from Crimea and establish a new Republic or Russian province in Eastern Ukraine. This would give a couple of hundred kilometers of strategic depth and keep Ukrain, and whatever army it eventually had, that much further from Moscow. I could not imagine he would really send his forces against Kyiv and its 3 million people.

The fact is war is almost too horrible to contemplate and most of us will try to rationalize it away. 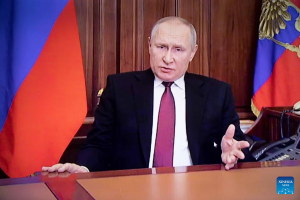 The best clue to what Vladimir Putin thinks is to listen to what he has said recently. His most recent speech, on February 24th is clear. He feels that the United States took the wrong lesson from the collapse of the Soviet Union and has proceeded to impose its own imperialistic vision of the world based on lies, manipulation, and wars of its own which have all had a devastating impact on the countries involved.  He referred to the change of government in Ukraine in 2014 as a coup and calls its current leadership a Nazi regime. You can read it for yourself here.

While it is easy to reject Putin’s public remarks as propaganda, citing for example that Ukraine’s brave President Volodymyr Zelenskyy is Jewish, he appears to be acting on the premise that it is true.

On that basis, it seems that the war will continue until Ukraine surrenders or its army is defeated. As he promised, Joe Biden will continue to impose additional sanctions on Russia as the invasion proceeds but so far they are far from sufficient to stop the advance or cause Russia to withdraw.

Germany has also expressed its rejection of the invasion by imposing sanctions and not certifying Nordstream II, the second gas pipeline that connects it to Russia without going through Ukraine. What the west has not yet done to my knowledge is to stop the flow of gas through Nordstream I or Turkstream another pipeline that carries Russian gas to Europe through Turkey. That is the only step I can imagine will have a real impact.

How Bad Will Things Get?

The truth is I do not think anyone has a crystal ball and it is unclear will this thing will end up. What I do think makes sense is to consider a range of scenarios as to where the situation will go.

Over the last few days, I have read a number of articles, blogs, and tweets that talk about an inflection point and how nothing will be the same again.  I find much of this rhetoric a bit over the top. I lived half of my life during the cold war and understood that war could break out at any time up until the collapse of the Soviet Union in 1991. If we do end up in Cold War 2.0 we will, most likely, survive.

For the time being, all we can really do is send money, food, and moral support to the people of Ukraine.

(You can, by the way, send money to the Ukrainian Red Cross here.)