Since 2016, Web Summit has been based in Lisbon. The event attracted tens of thousands of people, showcased dozens of promising start-ups, and held a number of conferences, panels, and sessions on a wide variety of topics affecting the internet, the digital economy, and the world as a whole. 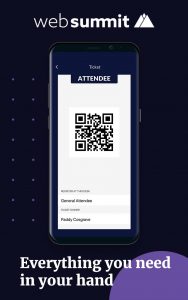 This year the event was still based in the Portuguese capital but for obvious reasons was virtual. It was also amazing! The organizers issued more than 100,000 tickets to the event and had people from 168 countries attending. To get an idea of the size and scale of the things, you can see their numbers here.

What really struck me was how they managed to do something in the virtual space that was not only interesting and entertaining from an intellectual point of view but actively encouraged the kind of interaction and networking which characterizes the face-to-face version. One thing I found remarkable was that the entire event was designed to be attended on a phone and a computer at the same time!

I spent most of my time watching the third of five channels, the one focused on Society as that was where conversations about sustainability, politics, and the future of media were taking place.

The key point on the environment was made for me by Emmanuel de La Garrigue from Schneider Electric who made the point that the future of energy was all about electrification, digitalization, and decentralization. I also found Frans Timmermans, a Dutch politician and Vice President of the European Union who is responsible for the European green deal very positive. He said that “the future of Europe is green” and spoke about his first priority which is to renovate Europe’s buildings to make them more sustainable.

Probably the most striking comments on politics that I saw were made by Anthony Scaramucci, who served 10 days as Communications Director for Donald Trump in July 2017 before being publically fired. Scaramucci then became a sharp critic of the President.

During the panel at Web Summit, Scramucci said that the real issue which pre-occupies Donald Trump is being prosecuted after he leaves the White House in either Federal or New York court. For Scaramucci, Trump knows he is going to jail and will continue to fight to stay in the White House until he receives a promise that this will not happen.

He also predicted that Trumpism is dead on January 21st, 2021.

On the issue of the media, fake news, and the role of social networks, Web Summit devoted a number of panels and speakers. For me, the most compelling of them was Ann Curry, who had been a foreign correspondent for NBC news for many years. Ms. Curry spoke about the critical importance of integrity in the news media and how she felt that many journalists have compromised their integrity in favor of the profit motive of their employers. For Curry, the key role of journalism is not to maximize audience, circulation, or clicks, but to tell people the truth even when they do not want to hear it!

I was less impressed by Nick Clegg, the former head of the Liberal Democrats in the U.K. and who now works for Facebook as Vice-President for Global Affairs and Communications. While Clegg recognized the importance of privacy and spoke openly about some of the challenges facing platforms like Facebook, he said he had not watched the Netflix documentary “The Social Dilemma”.

On a different panel, Brittany Kaiser, who was personally involved in the Cambridge Analytica scandal and published the memoir Targeted, called for federal regulation of the social media platforms.

My last comment about Web Summit is that just like the edition I went to in Lisbon two years ago, the event leaves me quite optimistic. The event is full of young, and in some cases, not so young entrepreneurs looking for support to launch companies that they feel will really make a difference in people’s lives. Their enthusiasm is infectious and makes me feel that we just might be able to tackle some of the problems facing the world.