How often do you find yourself in situations in the business world that go against your value system? And how often have you been able to make those values heard and respected? Most of us would probably answer “a lot” to the first question and “not very often” to the second. A common error: understanding ethics […]

In our culture figures and ranking are quite central, and the economic freedom is not an exception. There are several indexes which try to ranking countries through models nurture by statistic often taken from the World Bank, the International Monetary Fund and the Economist Intelligence Unit. Two of these indexes are probably the best-known worldwide. In general, their […]

Everyone has a right to his or her own good name and reputation. This is true because all human beings possess innate dignity that goes beyond our personal histories of success and failure, and our ethical or unethical actions. But why is it so difficult to put this fundamental principle of social coexistence into practice, […] 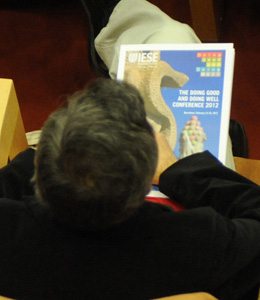