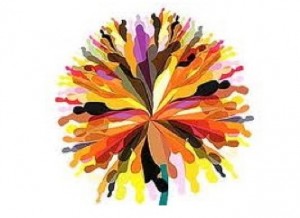 It is impossible to speak about being global without the ability to deal with different cultures. Global companies engage in cross-cultural business relations, lead multicultural teams, develop intercultural competencies, strive to increase cultural awareness and look for cultural intelligence. In short, a clear message in today’s globalized world is that success is built by joint efforts of people from different cultural backgrounds, who have the will, skills and knowledge to effectively interact with each other.

What Dr. Livermore is speaking about is cultural self-awareness. While I generally agree with him, I would like to highlight the importance of this self-awareness, as I think it is more than an essential part of cultural intelligence – it is the first and foremost step in developing one’s own cultural competence.

“If you don’t know what you’re doing, you can’t do what you want.”
Dr. Moshe Feldenkrais

This quote by a distinguished scientist on how self-awareness impacts human functioning is a good underlying argument for my assumption that cultural self-awareness is a foundation for cultural competence, and thus should always come first.

Understanding and becoming aware of one’s own cultural values, beliefs, attitudes and judgments becomes central when we have to interact with people from different cultural backgrounds. Why? Because these values and beliefs shape our perceptions, they define the way we see the world. We can learn the Do’s and Don’ts of other cultures trying to alter our behavior to different cultural situations, however, unless we are aware of the ways we perceive these situations, we will always be one step behind. For example, you receive a very informal response to your official business letter and try to manage the neglect of formality by being indulgent to ‘foreigners’ business communication style’. Is this culturally competent? In a way, yes. However, being unaware of your own judgments (based on the work values in your culture) will lead you to immediately perceive the situation as potentially conflicting and more likely react in a negative way.

We are not born with our perceptions or culture, we shape the way we see the world as we learn our culture. However, it becomes so natural to us that we forget we have learnt our culture – we are only reminded of it when we are exposed to another culture. A good image to use here is an iceberg.

Culture as an iceberg

The iceberg analogy of a culture (Hall, 1976) implies that there are elements of culture that we can see/hear/touch, and hence are above the surface. Take for example language or behavioral rules, which can be quite easily organized into cross-cultural Do’s and Don’ts. Below the water level, however, there is a greater part of nonvisible and intangible elements, such as beliefs, values, thought patterns and assumptions. These become implicit and unconscious with time. Nevertheless, the same way as the underwater part of an iceberg matters, by supporting the bit above the water and accounting for the majority of the whole iceberg, the underlying cultural aspects are tightly connected to the visible parts and influence them. Seeing this relationship is important, and it implies that as long as we do not see what is covered under water, we cannot deal with our own ‘cultural iceberg’.

Becoming more culturally self-aware is not an easy task, as important underlying cultural aspects are unconscious to us. However, becoming aware that some underlying cultural assumptions drive our perceptions and behavior, and being more attentive to our thoughts and judgments may help to realize the impact that our culture has on our behavior. As for specific tips, Nancy Adler (2008) suggests gathering feedback from foreign colleagues on your behavior to understand the way others see you, as well as listening to common sayings and proverbs about your culture to identify the patterns in your own behavior.

All in all, I believe that being culturally proficient is not only about understanding other cultures, but rather starts from understanding your own culture. As Adler concludes (2008, p.81), “the more culturally self-aware we are, the more able we are to predict the effect our behavior will have on others”.

One thought on “Want to Become more Culturally Competent? Start with your Cultural Self-Awareness”