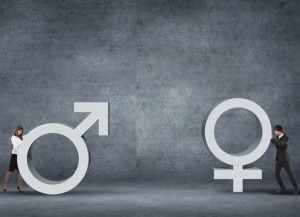 Gender diversity in the upper ranks of a company is a hot topic in global business, as several studies (e.g. McKinsey, Catalyst) indicate that female representation in executive positions is beneficial for the companies, and that it brings additional commercial value. The practical experiences of companies seem to confirm the notion, as more and more is being done to increase the share of women in senior leadership positions. A good example comes from RBS Corporate Banking, whose CEO Chris Sullivan continuously works on improving the female talent flow through the corporate career ladder, and as a result has won a European Gender Diversity award.

As cited in a recent Guardian article, Chris Sullivan believes that ‘Gender diversity won’t be a problem in 15 years’ time’. In his role as a diversity champion Sullivan tries to change the culture of the male-dominated world of banking by supporting the Focused Women network, an internal initiative set up in 2007 with the aim of supporting women throughout their career path. Apart from this initiative, RBS is involved with many other gender diversity projects, seeing women as a source of talent. As stated in the Guardian article, externally the current focus of RBS is helping women with building small businesses. As for internal gender diversity drivers, Sullivan talks about flexible work policies, initiating further mindset changes, and mentoring and sponsorship schemes for women.

Relying on much more than one example, the latest McKinsey research on gender diversity has built a global fact base about the relevant practices of major companies. As a result, four main lessons from top performers on gender diversity were derived:

As the McKinsey professionals argue, CEOs and top executives in the leading companies that were surveyed do not champion gender diversity just out of rational arguments and statistical numbers, they are also very passionate about it, it is emotional for them. Specifically, they support gender diversity out of their personal experiences, beliefs and values. Naturally, changing organizational culture is not up to single efforts of a CEO that is passionate about the topic, but equally depends on the involvement and passion of other leadership team members. The bottom line presented by McKinsey here is that ‘numbers matter, but belief makes the case powerful’.

Gender diversity originates from changes towards an organizational culture of inclusion and general commitment towards  people. As noted by one of the survey participants, a big part of it is role modeling, which however does not necessarily need to be related to women. In the view of another CEO, gender diversity is part of a ‘human centered’ culture, which implies an environment that is kind, flexible, and nurturing for both men and women. Therefore, gender-diversity programs alone are not enough. Unless the values of inclusion and human centeredness are lived on a daily basis, and in every situation, gender diversity will not be enhanced.

Practically, the initiatives for promoting gender diversity should be systematic and require a multi-layered transformation. As such, career advancement of women can be promoted by the means of talent development, succession planning, and monitoring of results and progress. Specifically, talented women should be first identified, career paths should be developed, and further, the development and career progression should be monitored though performance reviews and supported through sponsorship and compensation schemes.

The McKinsey research identified a relationship between the proportion of women on boards and the proportion of women in top management teams. Hence, the more women were represented on boards, the more of them had also executive roles. According to McKinsey, this result can be simply explained due to female board members being able to sustain the diversity just by asking the right questions of ‘Where are the women?’ and ‘What do you do to increase diversity?’ Hence, women on boards are an advantage, as they accelerate the progress towards gender diversity and have the possibility to provide much-needed discipline to sustain such progress.

4 thoughts on “Gender Diversity in the Workplace: Lessons from Global Top Performers”