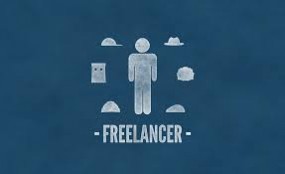 Today is different than before. Long, long time ago people used to settle in one place and remain there for their lifetimes, in large because there were no roads or public infrastructure available. Then people built roads, invented cars and trains, and started moving between cities. Next, planes were invented, people started learning languages, and started moving between countries and continents. Today, with all its transportation technology, visa and visa-free regimes, and generally high levels of education, people are as global and as mobile as ever. If before we tried to build family homes, which were in use by many generations, now we try to be as little attached as possible: renting is being preferred to owning.

Naturally, today’s job market reflects these differences as well. A lot is spoken about Generation Y and their strive for flexibility and diversity in the workplace. Today’s ‘dream job’ is shifting from the stability of home-based office positions towards a position with no time or location boundaries. ‘No office, boss or desk are needed anymore, just give me a laptop and an Internet connection’ – could be the motto of the modern workforce. Certainly not for everyone, however, certainly for the ones called online freelancers.

The spread of online freelance jobs

According to a global survey carried out by one of the leading platforms for online work, Elance, freelance workers thrive as independent professionals, exhibiting more happiness and productivity compared to their past roles as full-time employees. It seems that this new way of arranging work is also favored by businesses, who can get lots of work done fast and cost efficiently. According to Elance’s 2013 survey data, compared to 2010 the amount of freelance jobs posted has doubled, and freelancers’ earnings have tripled. The range of skills in demand is also increasing, with the majority of jobs posted in the categories of writing and translation, IT and programming, finance and management, as well as design and multimedia. As for the top hiring countries, Elance data suggest that the US leads, followed by Australia, the UK, Canada and UAE. The list of countries with most freelancers is topped also by the US, and followed by India, Ukraine, Pakistan, and the UK.

Recent articles by Forbes and The Economist also echo the notion of the changing job market, highlighting the several advantages for businesses to hire through the cloud.

Indeed, as the main online job portals report, there is demand for just about any job that can be done in front of a computer, starting from simple tasks of data entry up until the complexities of law or designer jobs. As such, businesses that need this kind of job done are in great advantage, as their potential hires are just a click away. Moreover, the pool of potential hires gets truly global and diverse, which also allows for substantial price negotiations. As The Economist story implies, if before the main option of getting a short video translation done was to pay $1,500 on a local rate, then today the same job is being bid to be done by several international freelancers for the prices of up to just $33.33. Great deal, isn’t it?

What are the risks involved?

In a virtual reality anonymity may be one of the biggest risk factors. In essence, how can a company make sure that the freelance professional is real, and that the job is done by the one who accepted it, rather than being passed on to someone else?

Given these risks, online job platforms introduce online ID verification systems, use ratings and recommendation data for their registered freelancers – and general website reputation ratings are also available. As The Economist puts it, with the spread of online work there is also a big improvement ‘on the old method of picking someone at random out of a phone book’.

Naturally, there are more risks to consider, on both the job provider and freelancer sides. However, the pure fact of how rapid online work is developing says it all: As reported in the Forbes article, the size of the global online work industry is expected to grow from currently $1-$2 billion to $5 billion by 2018. In the same vein, the CEO of oDesk, the world’s largest online workplace, estimates that by 2020 one in every three workers will be hired online. This makes one wonder what will happen with all those that are motivated (and strive) to physically relocate internationally for work…

29 thoughts on “Online Freelancing: A ‘Dream Job’ in the Globalized World?”