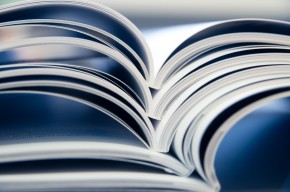 Although both practitioners and academics in the field of global mobility are well used to the term expatriate, the term inpatriate is still in need of further presentation. Indeed, the latter is far less used in publications, and even Microsoft Word is still underlining it as an unknown or incorrectly spelled word :).

As such, today’s blog post is about inpatriates: the term itself and relevant academic findings.

When previously touching upon the topic in one of my blog posts, I brought up the definitions and differences between expatriates and inpatriates. In the general use of the term, expatriate usually refers to the total population of international assignees; however, when trying to differentiate between separate groups of assignees, we may use the narrower meaning of the term. In a narrow sense, an expatriate is an employee, who relocates from company headquarters (HQ) to a foreign subsidiary and shares the same nationality with HQ. For example, a German national relocating from the head office of Volkswagen to its subsidiary in Sweden is an expatriate. In this regard, the literature often refers more specifically to parent-country expatriates. In contrast, an inpatriate would be the Swedish national, who would move from the Volkswagen subsidiary in Sweden to its HQ in Germany. Thus, an inpatriate is an employee of the same nationality as the respective subsidiary, who relocates to the company’s HQ. So a principal difference between expatriate and inpatriate is the assignment direction.

Why would it be important to differentiate expats from inpats?

Based on my own research, I would argue that it is important because of the different nature of the assignment environment that these groups operate in.

For example, moving from the company’s HQ to one of its subsidiaries, an expatriate is likely to be perceived by the host nationals to have higher status and power compared to  the inpatriate, who comes from subsidiary to the HQ, especially if the subsidiary is less strategic to the MNC operation. Indeed, given the highly spread ethnocentric attitudes among HQ staff, inpatriates can be viewed as less credible and valuable in their assignment role, which can be quite critical factor for assignment success. Similarly, inpatriates not only have to respond to acculturation pressures due to moving between national cultures but also need to be socialized into the MNC’s HQ corporate culture. Indeed, learning the HQ corporate culture is an important motive for inpatriation. Expatriates, in contrast, often impose elements of the HQ corporate culture upon the subsidiary they are sent to (see Reiche, Kraimer, & Harzing, 2009).

My large-scale survey (2011) on inpatriates demonstrated that one of their main roles is to serve as linking pins between HQ and subsidiaries by the means of knowledge transfer and sharing. Quite commonly, inpatriates may come to HQ with the aim of gaining knowledge about corporate culture, procedures, best practices and certain strategies that need to be transferred to their subsidiary. At the same time, I believe that every success-oriented multinational corporation is also interested in gaining knowledge from subsidiaries, either to better localize the business there, to satisfy the needs of local stakeholders, or to look for best practices abroad. As such, knowledge flow among HQ staff and inpatriates should, and does occur in both directions.

My studies of subsidiary staff relocated to the HQ of multinationals reveal that for this knowledge flow to work, both the individual inpatriate and the HQ staff members should have the ability and motivation to build social ties, and reveal/accept information. Therefore, the empirical evidence suggests that multinationals that wish to obtain any benefits from inpatriate assignments should provide organizational support to the assignee by involving HQ staff in the inpatriation process, and providing career and repatriation support to the inpatriate.

Reiche, B. S. (2012). Knowledge Benefits of Social Capital upon Repatriation: A Longitudinal Study of International Assignees. Journal of Management Studies, 49(6), 1052-1077.

5 thoughts on “Inpatriates: On the Term and Academic Findings”