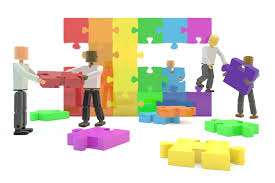 Global businesses celebrate diversity. For example, Apple believes that diversity inspires innovation, American Airlines are convinced that diversity translates into business value, and Hilton Worldwide state that diversity is fundamental to their success. Indeed, as stated in one of my previous blog posts, research supports the benefits of diversity, showing its positive links to business performance. As such, diversity and an inclusive environment rank high in agendas and To Do lists of many multinationals nowadays.

Interestingly, while speaking about and emphasizing the importance of diversity, it is often left undefined. In essence, diversity might refer to anything: from personality, work style and age, to race, sexual orientation and religion – there are many possible forms of being different. Yet, ‘if diversity includes everything, it ends up meaning nothing’, says David Livermore and argues that not all diversity is equal in terms of importance.

According to David Livermore, visible diversity and underrepresentation are the two main forms of difference that bring along most challenges and benefits for organizations.

Visible diversity, which is about the differences in appearance, is indeed a key indicator of many possible underlying differences. For example, the greater the visible differences, the greater could be the cultural gap between people, the differences in age, diversity of thought and backgrounds. Why could that be beneficial? Simply because the more different people are, the more varied is the information, ideas and experiencesthey might bring to the table. Moreover, as highlighted in a Scientific American article, research suggests that when interacting with people who are different, we are forced to anticipate difficulties in finding consensus and, as such, would prepare better and work harder on reaching such consensus.

On the other hand, visible diversity also entails lots of challenges. From an evolutionary perspective, we like, stick to, and favor people who are similar to us because similar means safe. Hence, there is an unconscious favorable bias towards people ‘like us’, and an unconscious unfavorable bias towards those who differ from us. For example, in a group setting we might unconsciously ask for more input and opinions from, or direct our messages towards, similar others, thus neglecting or impairing the opportunities for input from visibly different individuals.

Underrepresentation refers to any person from a subgroup that is underrepresented in a larger group. David Livermore argues that due to this underrepresentation, members of subgroups are being perceived, valued or approached differently. As we know from social psychology, homogenous groups are prone to ‘group think’ and pressure for uniformity of opinions, which often times impairs innovation and creativity. As such, subgroups allow for diversity in opinions, challenging viewpoints and different arguments. At the same time, being treated differently, either with less attention or exaggerated attention, may again be discouraging for underrepresented members.

David Livermore suggests that organizations should intentionally develop strategies to utilize insights of employees, who are either visibly diverse or underrepresented (or both). I fully support such suggestions, as I believe that focusing on inclusion and fair treatment of individuals along these two forms of diversity is a necessary simplification for the complicated diversity agendas of business leaders.