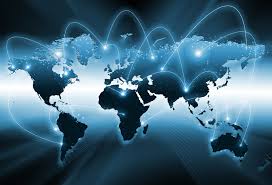 Although many consider globalization to be the buzzword of the last decades, economic historians would argue that globalization has a history that stretches back thousands of years. As brought up in a relevant Economist article, the trend of trade expansion is linked to specialization and is ‘nearly as old as civilization’. The process seems quite logical indeed: first you specialize, hence become good in making certain goods, and then you try to sell them to those that are not as good in the same craft. Given the similar population background and environmental conditions in a certain geographical area, one needs to look for customers outside one’s region, thus expanding the trade and integrating with different markets. Naturally, discoveries of new territories, development of infrastructure and modes of transportation were the great shifts in globalization that created rapid growth and spread of global trade, which eventually developed into the globalized world we witness today.

Yet, McKinsey professionals argue that globalization is not done yet with big shifts and new patterns… On the contrary, we seem to be entering a new era of globalization. More specifically, the McKinsey report highlights that, if in the 20th century globalization was visible mainly in terms of physical goods and finances, then today we are entering a phase of digital globalization, defined largely by flows of data and information. As a matter of fact, digital flows of data and information now generate more economic value than global trade of physical goods. And that sounds like a major shift, given that the digital world has been nascent only for some 15 years, and yet, through its impact on GDP, already outnumbers the centuries-old trade of goods!

Naturally, this shift of globalization to a more digital form implies considerable changes!

First of all, everyone can participate in digital globalization; hence, globalization becomes more inclusive. The McKinsey analysis shows that the amount of cross-border bandwidth that is used has grown 45 times since just 2005. As noted in one of my previous blog posts, social media platforms allow every ‘average Facebook user’ to tap into the global market. As such, globalization is not only up to big multinationals anymore, but also for small businesses and entrepreneurs around the world.

Another change stemming from digital globalization concerns increased efficiency. With all digital platforms and technology available, entrepreneurs, small businesses and large companies can manage their international (and also domestic) operations faster, with fewer resources and with less cost. For example, just think about the telecommuting options, which save internationally active employees both time and money, which they would otherwise spend on travel. Naturally, information flows and its immediate accessibility allow companies for better planning, decision making and flexibility in light of global market changes as well.

As noted by the McKinsey professionals, ‘countries that participate in global flows gain exposure to ideas, research, technologies, talent and best practices from around the world.’ Therefore, it comes as no surprise that global digital flows support global economic growth. As per the report, global flows raised world GDP growth by 10 percent in 2014 alone!

Finally, digital globalization creates an entirely new type of goods that are traded: virtual goods. Here we speak about E-books, online games, apps, music and video streaming services, which are just a ‘click away’, yet part of a global trading system. In fact, any smartphone user is most probably taking part in this trade of virtual goods on a daily basis, for example when commuting, queuing, or procrastinating J

As such, we are witnessing a new era of globalization and the great opportunities this era offers. Yet, it is also important to note that not all countries (and individuals) participate in digital globalization equally. As with many different types of flows, digital flows also remain dominated by a small group of leading countries, mainly developed ones. Given this new phase of globalization and the continuous development of the digital world in general, it seems that staying away from this world is not an option. As the McKinsey report authors conclude, ‘for countries that have been slow to participate, the opportunities for catch-up growth are too substantial to ignore’.

5 thoughts on “Digital Globalization: The New Era and its Implications”