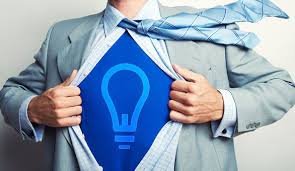 Within the global workforce exist a whole range of international work experiences. When referring to expatriation, we are speaking about traditional company-initiated expats, who are sent abroad for either shorter or longer periods of time. That is a very simplistic distinction though, as the landscape of company-initiated assignments is constantly changing, producing an increasing variety of assignment types and policies. For example, nowadays we can speak about commuter assignments, flexpatriates and even virtual assignees.

On the other hand, there are also self-initiated expats (SIE), who relocate abroad on their own initiative, independently of their employer and without organizational assistance. The group of self-initiated assignees is also rather multifaceted. For example, we can have a self-initiated assignee, who relocates abroad and pursues a career for a longer time in a single organization. On the contrary, there are also so-called international itinerants, who represent independent expatriates, who are highly mobile across organizations and destinations, thus moving from place to place to develop their international career. Recent research (Vance, McNulty, Paik and D’Mello, 2016) highlights that there is yet another growing subcategory of SIEs, who share the characteristic of self-managed careers and are termed ‘expat-preneurs’.

These scholars (2016) define ‘expat-preneurs’ as employees, who go or remain abroad to start a new business in the host country, or join into local host-country entrepreneurial activities. In other words, these are self-employed expats. According to the researchers, some employees from this group are so called ‘pre-departure expat-preneurs,’ who move abroad with a preconceived entrepreneurial purpose, while others try to expand their business from their home country to a new location. Another way for expat-preneurs to emerge is by developing entrepreneurial intentions only after venturing abroad, as would be the case for traditional expatriates, who, while being abroad, decide to leave their company and start up their own business in the host location. Such global employees are conceptualized as ‘transitioned expat-preneurs’ (transitioned from any other not self-employed expatriation type).

As with entrepreneurs of different kinds, expat-preneurs potentially contribute to enhanced economic development of the local economy. For instance, in the short term there can be an immediate positive impact associated with business development, such as employment of local workforce or investment inflows. Different from local entrepreneurs though, expat-preneurs also bring substantial benefits related to their foreign expertise, such as transfer of enriching knowledge and know-hows. When investing into the development of local employees or introducing best foreign practices to local operations, expat-preneurs provide long-term benefits to the local economy. Similar to the business expansion decisions of multinational organizations, searching for locations with new opportunities and (presumably) less competition, expat-preneurs might also be lured by emerging locations and developing markets, thus bringing possibly innovative knowledge and expertise where needed.

Foremost, drawn by the potential of new market opportunities in the local economy, expat-preneurs do not require any additional incentives or ‘foreign-scaled’ salaries for agreeing to go and work abroad (as is often the case for company-initiated expats). Expat-preneurs come willingly, out of their own initiative, at their own cost and typically ready to be paid on a local scale.

Secondly, the researchers suggest that expat-preneurs might be potentially better adjusted than other assignee groups. Especially in the case of transitioned expat-preneurs we can assume a more solid understanding of the local environment, and possibly a more complete adjustment, due to their previous work experience, and generally, time spent in the host location. As the authors put it, ‘their decision to remain there suggests that they have successfully adapted to the host country’s culture and/or they feel comfortable living in it.’ Also, pre-departure expat-preneurs are potentially better equipped for relocation and adjustment, as planning an entrepreneurial endeavor usually entails thorough background checks and preparation.

Moreover, I would highlight the factor of intrinsic motivation, which usually characterizes self-initiated expatriation. Intrinsic motivation might lead to better adjustment through proactive coping and sustained effort, for example. Indeed, as discussed in one of my earlier posts, being compelled to expatriate relates to more adjustment difficulties and less satisfaction with the assignment. Finally, it seems plausible to expect expat-preneurs to have helpful personality characteristics that facilitate the challenging decision of going abroad and starting up your own business there in the first place.

2 thoughts on “Expat-preneurs: A New Type of Global Employees”