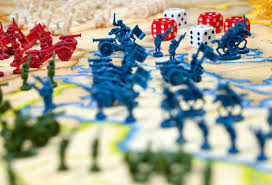 McKinsey’s recent survey on globalization reveals that geopolitical instability has become a critical influence on global business. Indeed, the number of executives who attribute high importance to the factor of geopolitical instability has doubled in two years. According to the survey data, geopolitical risks are today as important for companies as other previously impactful factors, such as the development of technologies, growth of consumers in emerging markets, and increasing cybersecurity risks.

Executives anticipate that rising geopolitical risks, both abroad and at home, might bring along a restrictive regulatory environment, political and/or social instability, and restrictions on trade (to name a few), which will in turn impact their business profits. A recent example are Western sanctions imposed on Russia in 2014, which in turn impacted many multinationals across Europe. Europe’s migrant crisis is similarly keeping businesses worried about their revenues, and ongoing terrorism threats weigh on business profits as well. For example, as per one recent business news article, EasyJet reported a substantial profit loss, following the Russian tourist plane downing in Turkey, as well as the Paris and Brussels terrorist attacks. As all the aforementioned cases show, companies are not only affected by economic downturns, but are embedded in a much more complex web of geopolitical processes, and unavoidably, geopolitical shocks.

Interestingly, despite the existing experience and heightened awareness of these risks, a vast majority of companies are not doing much to address them. As the McKinsey data show, only 13% of respondents have taken any active steps towards tackling geopolitical and domestic instability. Moreover, among companies who try to do something about the risks, the general perception is that the methods used are not very effective. For instance, although ad hoc methods such as internal analyses or dialogue with external experts are the most common approaches used, only about 30% of those using them view them as very effective. At the same time, comprehensive scenario methodologies are perceived as most effective, yet used only by 18% of respondents.

Hence, companies need to review their approach to dealing with geopolitical risks indeed. Yet, should the geopolitical risk assessment and related actions be based solely on business profitability concerns? In other words, the question I find interesting is whether companies should limit themselves to being business actors amid global hazards?

One not as recent, but in my opinion very insightful article by the World Economic Forum suggests that businesses should also be ‘political and social actors with responsibilities beyond wealth creation’. In other words, in an era of systemic risk, companies can be part of both, global hazard problems and solutions. For instance, multinationals can either promote or hinder the illicit trade of weapons and natural resources, the rise of anti-establishment parties, the resettlement of refugees, and so on… As such, corporations should evaluate their role in mitigating geopolitical shocks and risks which, as the authors put it, would signify ‘the entrance of the private sector into the broader normative debates of the era’. After all, these efforts boil down to contributing to more stability and safety in global society, and by extension the sustainable management of the global marketplace.