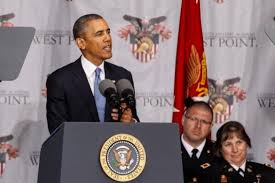 Buried in Barak Obama’s speech at West Point, a couple of weeks ago, was a brief reference to climate change. The U.S. President, called climate change “a creeping national security crisis” and said that next year his intention is to “make sure America is out front in putting together a global framework to preserve our planet”.

Four days later, the U.S. Environmental Protection Agency released a proposed rule change under the auspices of the Clean Air Act, which would cut green house gas emission from power plants in the country by about 30% which, in practice, means switching from coal to natural gas.

In an interview with Tom Friedman which will be aired tonight on American television, President Obama went even further and embraced the idea that we need to move away from burring fossil fuels altogether echoing the ideas of the Rocky Mountain Institute described here last April. 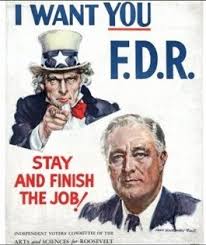 The proposed rule change has caused a storm of criticism from representatives from states such as West Virginia, that produce coal, and has received very public opposition claiming that the rule will have a huge negative impact on the american economy. As can be expected, those numbers are challenged and in yesterday’s International New York Times, Paul Krugman said such claims were blown out of proportion but that there would be some costs.

What is important to remember is that the President of the United States is limited two consecutive four year terms (Franklin Roosevelt bent the rules), so that Obama can not run for re-election and thus does not have to answer directly to public opinion. What 2nd term presidents often think of, and in this Barak Obama will be no exception, is how history will evaluate their time in office.

Based on the speech at West Point, the news from the EPA and the interview with Friedman, it appears that we will be hearing a lot more on climate change in the last two and a half years of the Obama presidency  and that instead of steadily making progress, as he has done up to now, he will make it a key element of his presidential legacy.

Besides his political legacy, I believe President Obama is absolutely genuine in his conviction that “science is science” and the need for collective action. Furthermore only by controlling its own carbon footprint, can the United States presume to lead such collective action especially considering countries like China, which has taken over the role of the largest emitter of greenhouse gasses, or Germany, which is using more coal than ever and currently supplies 46% of its electricity from coal  according to the BBC?

The related issue is that if the medium term substitute for coal is natural gas, which would come from Russia, Qatar, or perhaps even the United States if exports of natural gas are ever approved. After some complex choreography, it seems that Obama and Vladimir Putin did speak for a few minutes in Normandy. I wonder what they were talking about: