Although there has been hundreds if not thousands of articles written in the last week discussing the similarities and differences between the recent referendum in Scotland and the planned “Consulta” in Catalonia next November, I could not refrain from adding my own 700 words to the debate.

Back in January, I expressed my concern about the rhetoric being used by politicians on both sides which I think was (and is) much too strong and appears to be focused on creating harsher divisions between those who identify as Catalans and those who feel that they are Spanish. That article was called Catalan Geopolitics and the situation is only getting worse.

In Scotland, the situation was different. The debate about independence revolved around many of the same issues that are at the heart of the situation here i.e. taxes, political autonomy, and national self esteem. What was different is that Scots and English were not appealing to ancient feuds or apparently trying to re-inforce the idea that their opponents were somehow different than themselves at some basic level.

Instead, the debates in Scotland between Alex Salmond and Alistair Darling were about what these conversations should be about and that is looking at different options in a reasoned way and talking about what independence or remaining in the union would mean for the people who live in Scotland. What it would mean for taxes, the future of the currency, national defense, the European Union, etc. The best thing about keeping the debate in civilized terms is that after the resounding victory of “better together” people can get on with their lives with no hard feelings.

A Rose By Any Other Name

Here in Catalonia, however, the give and take between the regional and central government, which looked like it might ease up a bit a few weeks ago just seems to get worse. The referendum in Scotland was, of course, backed by the government of the United Kingdom and its result was binding. The Spanish Constitution simply does not allow any one of its 16 autonomous regions to choose its own destiny and thus, by law, the current government could not allow a referendum on the future of Catalonia to go ahead even if it wanted to which it doesn’t.

Because a referendum would be illegal, the vote on November 9th will not be a referendum but rather just an official opinion poll undertaken at taxpayer’s expense by the autonomous government in order to know the “will of the people”. 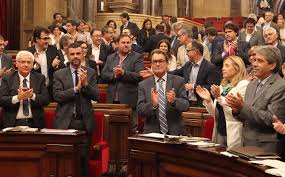 In probably the wierdest twist to the story, the Catalonian Socialist Party, which is against the November 9th Vote, supported the law passed last week which created the mechanism under which it will occur. The law creates the mechanism under which the regional government can conduct this type of  poll and the socialists maintained that they supported the measure as a step in the direction of more participative government.

The action now revolves around whether the central government will challenge the constitutionality of the new law or wait until the regional President, Artur Mas, actually convokes the vote which he must do relatively quickly in order to keep his promise to his coalition partners, ERC, to hold it on the 9th of November. 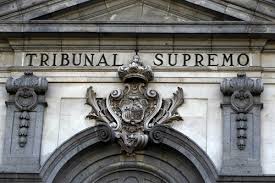 So whats the worst that could happen? At some point the government will challenge the vote in the Supreme Court at which point the 21 judges will rule in favor, oppose or delay.  The law does allow them plenty of time to make up their minds which could run over the November 9th date.

Despite a temporary injunction or an outright no, the Catalan government might go ahead with the vote. If this were to happen, then the central government in Madrid may feel obliged to invoke article 155 of the Spanish Constitution which allows it to suspend an autonomous government if it breaks the law.

At this point you would have millions of Catalans in the streets and a central government determined to re-establish the rule of law. After that, anything could happen.

The former leader of ERC, Josep-Luis Carod Rovira once said that while he had fought for Catalonian independence his entire career, he did not think the issue was worth one human life. I wish more of the politicians in this land, my adopted home, would tone down the rhetoric and get back to the business of discussing the issues and looking for reasoned solutions.