The other day I was speaking to a group about the concerns I have about large multinationals not being well prepared for changing geopolitical events and realities. This was also the topic of a speech I gave to IESE’s Alumni association in New York City in December.

One of the questions which came up in the debate was what is particularly new about this concern and why is it so important today. While most of the answer is given in a post I wrote as a result of the speech, there is another part of the story which is also important and it has to do with the matrix organization that many global companies have implemented. 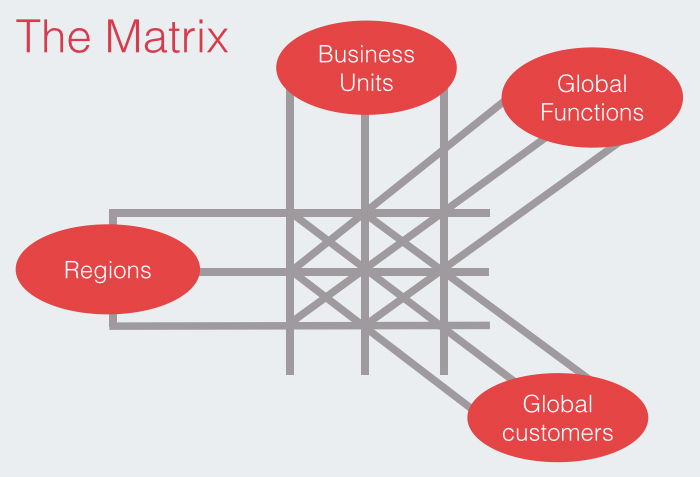 Managing a Global Matrix is the theme of a course we offer in New York City in December which is explained at some length in another post on this site.

What I want to discuss today is the link between organizing in a Global Matrix and how that organization can lead a firm to potentially lose track of local political issues in specific countries. 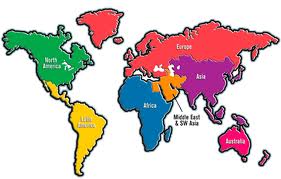 What I see is that increasingly companies are grouping parts of the world together in regions such as Asia-Pacific; Europe, Middle East, & Africa; Americas, etc. In many cases, what had been local country organizations have been disbanded and/or the role of the local country manager shrunken or even eliminated. Typically, significant parts of the company are managed directly by different business units, functional departments, customer groups or other such entities leaving little local, i.e. country organization, intact.

An exception is often human resources or more specifically labor relations. Here in Spain, I know one automotive suppler in which one of the business unit local HR directors act as the coordinator of the group’s relationship with the national unions.

If we look back to the 1970s and 1980s, the difference is that, at that time, the country organizations had a much larger role in strategy formulation and day to day operations and had, in many cases, relatively senior managers in charge of them.

When the company had sufficient market power, investment exposure, or numbers of employees, etc. these managers became very important people in the context of the local economy and thus enjoyed a level of access to local politicians and other business leaders. They also would, to some extent, defend their local organization, and the economy in which it was embedded, in discussions with their colleagues from the region or the world.

In How to Think Seriously about the Planet,  Roger Scruton, a Brittish Philosopher, puts forward the idea that only local people have what he calls Oikophilia, or love of home. For Scruton this is the necessary condition to get people to work out the difficult political compromises needed to balance issues such as environmental protection with jobs and human development. In his view, supranational bureaucracies, like the European Union, do not have such local ties and thus can damage a local environment in the name of the greater good.

In a corporate context, the local country managers had a similar commitment to the national economy and government of the country they lived and worked in. This, in my experience, was true for both natives and expatriates who would often become a part of the local industrial elite.

In many large, international firms today, locally based managers are responsible for only a specific sales organization or manufacturing group and may not have the seniority and access to really have a say in what is happening or insight into what might happen in the future. Thus events are seen by very senior people who might be far away from the issues at hand and have little personal knowledge or influence on them.

The move to regionally managed, matrix organizations has been undertaken for a number of reasons such as breaking down organizational silos, reducing costly duplication, and increasing the speed and ability to roll out products, services and best practices around the world. In today’s competitive landscape such moves are needed.

The question I have is that do companies which move in this direction lose some local influence and judgement and add to the challenge of dealing with the changing world we live in?

One thought on “Corporate Oikophilia”