Last week’s post called attention to what appeared to be a cognitive disconnect between a well respected environmental journalist, Jo Confino and ExxonMobile’s top energy forecasting expert Todd Onderdonk. In spanish, a conversation between people who do not understand one another is referred to as a dialog of “besugos” which is a fish called Sea Bream in english. If we are to make progress on a number of issues, I think that we need to start bringing these worlds a bit closer together.

Part of the problem is the way sustainability has been put forward to the business community and the enormous differences that exist between the way the men and women who run most business see the the world and the way activists, journalists, and legislators see it.

Specifically, I feel there are six essential differences that exist between the world view of these different groups.

In the first place, there is disagreement about the nature of business in society. For most people in business, the starting point, is the belief that business is a force for good in the world and that our modern society has been created by entrepreneurs and companies which built it. On the other side, there is a view that business is a negative force and that its relentless drive for profits is done at the cost of the environment or the people who work in its mines, factories, distribution networks, and stores. While business leaders might find this post-industrialist view as fundamentally naive, it is, in any case the starting point for many environmentalists.

Secondly, the logic of business leads managers to think in the relatively short term and typically look at a maximum of 3, 5 or perhaps 10 years into the future. This is due to the importance of the time value of money (as discussed in a post last June) , the strategic planning cycle and even the career paths of most managers. In contrast interest groups and government regulators, who are concerned about the environment, think in blocks of 20, 50 or even 100 years which is simply well beyond the scope, planning cycle, or even the imagination of many people in business.

Third, a tremendous amount of the time and energy of Sr. Management and Board Members is spent on looking at financial issues and unintended environmental problems can occur below the radar or even as a unforeseen result of cost saving measures. This focus on the financial aspects of operations are in contrast to much of the rhetoric of special interests and NGOs who are passionate about protecting different aspects of the environment. 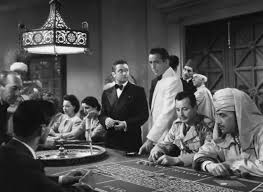 Fourth, business is about dealing with a certain degree of risk and when accidents happen, business leaders tend to lament their statistical misfortune while activists and some politicians simply reject the idea of probabilistic risk and immediately look to malfeasance or criminal neglect as the root cause.

Fifth, at the limit, business leaders look to governments to establish the rules of the game and are often surprised when the public or activists go beyond the legislation and demand that they comply with some higher law. The idea, for example, that a firm is liable for actions done many years ago which were legal at the time, is considered very unfair by business people who want the rules to be clear.

Finally, business leaders often have a very hard time understanding people who question their very reason for existence of the company which they work for, manage or serve. This is especially true for entrepreneurs who may feel their purpose in life is deeply tied to the firm they built and thus any rejection of the firm is a rejection of themselves.

Taken together, these basic differences explain why so much of the history of business and the environment as discussed above is one of surprise, crisis and catch up. If we want business leaders to do more for the environment, and I believe they are our only chance, then those who are interested in the subject should at least learn to understand their point of view.

2 thoughts on “Why Environmental Sustainability is Hard for Business”