Over the last year or so I have dedicated a number of posts to the issue of China and its environmental issues and thought I actually knew something about the topic.

You know nothing Jon Snow

Last week, I had the privilege of giving a class to this year’s edition of the IESE Global CEO Program for China and realized humbly that my information was a bit out of date. I normally go to China at least once per year but was not able to go last year due to a scheduling conflict and have apparently missed an enormous change in the approach that Chinese business and civil society is taking with respect to its environment.

An example of how much has changed is that when I tried to talk up Barcelona’s virtues as a city which strives to be sustainable and talked about its bicycle sharing program, its 180 km of bike paths, and other data points, one of the participants patiently explained that such things were commonplace in today’s china even in provincial cities.

To some degree I felt like the Game of Thrones character Jon Snow who is told over and over again by his wildling girlfriend that he knows nothing!

60 years for the West 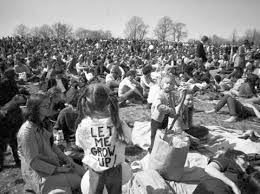 Part of the lecture I gave the Chinese Executives was about how it has taken the West about 60 years to reach the level of environmental awareness we have today. Killer smogs in the late 1940s and early 50s, for example, were the impetus for clean air legislation in the U.S. and the U.K. and in fact much of the regulatory framework we take for granted today was not in place before the wave of environmental awareness which one could say crested with the first Earth Day celebration in 1970.

In the United States, the Environmental Protection Agency was not even founded until 1972 and corporate history is full of examples where business was caught off guard by environmental issues and reacted by denying the problem even to themselves or in some cases trying to cover up harmful situations.

When I tried to draw parallels between the history of environmental issues in the U.S. and the situation in China, the program participants were adamant that the current government takes these issues very, very seriously and that there is no possibility of cover ups for Chinese companies not fully complying with the law.

The Ministry of Environmental Protection was established in China in 2007, 35 years after the EPA. The ministry writes the rules and they are enforced at the local level by local government agencies and while that could open the door for less rather than more enforcement, our program participants felt strongly that the law was strictly enforced.

After the session I was drinking coffee with one of the CEOs who told me that my view of China was accurate in the past but needed to be updated. When I asked how long ago “the past” was her answer was 2 years.

After my last trip to China about 18 months ago, I wrote a post in this space in which I asked if China’s environmental situation would be a challenge or an opportunity and based on this experience, it seems to me that the latter is the right answer.

Another of the participants invited me to visit him and his city in China to see for myself the pace of change.