At about 11 minutes before 2 pm on Tuesday, July 15th Barcelona time, the New Horizons spacecraft will reach its closest point to Pluto culminating a 26 year effort. It is worth spending a few minutes thinking about the project for the lessons it can give us in terms of  dealing with critical challenges such as the environment and political situation at the local, regional and global level.

Pluto was discovered by a 24 year old astronomer, Clyde Tombaugh, who was part of an effort looking for the so called Planet X,  which was thought to exist beyond Neptune and Uranus. While such a planet has been ruled out, Tombaugh did find Pluto 5.9 billion KM (3.67 billion miles) from the sun and perhaps the first lesson that Pluto teaches us is that if you look for something long enough you will eventually find it!

Despite its small size and highly elliptical orbit, Pluto was considered to be the 9th planet in the solar system until 2006 when the International Astronomical Union voted to re-classify it as a Dwarf Planet. The problem was that, in the 1980s, astronomers discovered a number of additional objects like Pluto far from the sun in what is now called the Kuiper Belt. Estimates are that there may be as many as 90-900 such bodies and if Pluto was a planet then all or some of them should also be considered as such. Today, most astronomers agree that Pluto is not a planet although many planetary scientist feel that it is should be considered a planet since it is spherical, orbits the sun, has its own atmosphere and geology and even has a number of moons.

Serious discussion about a mission to Pluto began in 1989 according to the project’s Principal investigator, Alan Stern, a NASA veteran who is V.P. for the Space Science & Engineering Division of the Southwest Research Institute which built the probe together with the Advanced Physics Laboratory and John Hopkins. The project was not fully funded and awarded until 2003 after going through the decadal survey process at NASA which defines the priorities for the U.S. space program

The next hurdle for the project was to get the spacecraft designed, tested and launched by January 2006 in order to make a slim window during which it could swing past Jupiter and thus gain more speed for its trip to Pluto and beyond. According to Stern, more than 2,500 people worked non stop for four years to make the target and did so using a maximum amount of commercially available components including an Atlas 5 rocket. The total project cost has been approximately $ 700 million or about one fifth of the Voyager probe’s cost.

Besides being relatively inexpensive, New Horizons is a wonder of modern technology and has made strides in the miniaturization of its seven key sensor systems and even carries back up for most of its equipment. The total package weighs 478 kg (1,054 Lbs) and is about the size of a piano.

It is also the fastest spacecraft ever built and made the trip to Jupiter in just 13 months flying by that planet in 2007. Its taken more than 8 years to get from there to Pluto and the spacecraft is currently moving at 13.700 m/s (30,800 MPH) according to Nasa’s Eyes on the Solar System app. To save money and power, New horizons has been in stand by mode for most of the trip and has only been “woken up” once every summer to test its systems and get it ready for the fly by of Pluto.

In my view, the New Horizons project offers a number of critical lessons which could be applied to our most pressing problems including the ideas that:

A final lesson, which is more general to NASA than just to the new horizon project is that it is not enough to do amazing things. It is also critical to get the story out and do so in a compelling way. In 2005, NASA spent just under $ 50 million (out of a total $16.5 Billion) on Public Relations which includes a wide variety of activities including its different web sites, social media platforms and NASA TV. While $ 50 million is a lot of money, it is only 0.3% of the total and a critical component of maintaining support for NASA and its activities. An example of NASA TV is the daily briefing which can be found here or the Pluto Minute, shown below. 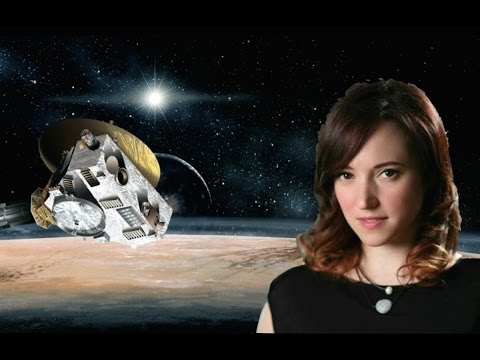 One thought on “New Horizons: How a mission to Pluto can show us the way ahead on Earth”