This weekend I had the privilege to join my colleague Pedro Nueno at a meeting of a select group of very successful entrepreneurs from all over the world, and was so impressed by their collective understanding of the future that I thought I would share some of the highlights in this week’s post.

Pedro invited me to share the key ideas of my new book on the connection between business strategy and environmental sustainability which will be available next week, but was also allowed to listen to the group’s deliberations on global risks and the future.

The members of the group discussed a number of risks including:

At the heart of the discussion on risks was the idea that many societies may not be resilient enough to prosper or even survive some the big changes which are bound to happen over the next 20-30 years. 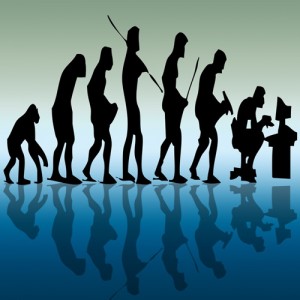 Another major theme in the weekend conference is the role of new information systems technologies in business, government, and civil society. From an entrepreneurial viewpoint, clearly there is still much to be done in miniaturisation, automation, 3d printing, digitizing health care and many other ideas connected to the internet of things.

One of the key points was the link between the increasing power of technology of all kinds and the far reaching consequences that this will have on jobs and even on the nature of work and human endeavour.

One thing that impressed me this weekend was that the particpant’s time frame went far beyond the planning horizon of most businesses and even their own life spans.

Lately it has become commonplace to think about business leaders as being very focused on the short term and not too interested in solving the world’s problems. My experience from these people is that reality is completely different and that they have a very keen interest to understand the world’s problems and find ways to help put forward solutions.

The role of private enterprise

Another idea that came through very clearly was the role and responsibility of private enterprise to jump in and a general belief by the participants that government will not be able to do so. The consensus appeared to be that national governments and international institutions have critical roles to play but that private enterprise and public-private partnerships were the best bet for a sustainable, prosperous and peaceful future.