Syria takes center stage as the world’s current flashpoint as negotiations over its future start and both the U.S. and Russia commit their military to the four and a half year old conflict. What happens next could determine the future of the Middle East, the relationship between the United States and Russia and even the possibility of bringing about some semblance of order to the world.

Not just another geo-political tragedy

While I am normally not prone to seeing things in apocalyptic terms, this crisis has demonstrated that it transcends other recent events due to the way that the ongoing agony of Syria is connected to at least five key issues facing the world today. These issues include:

The implications for business will be enormous whatever happens and business leaders should not only pay attention to the unfolding crisis but develop planning options for the different scenarios that may unfold. 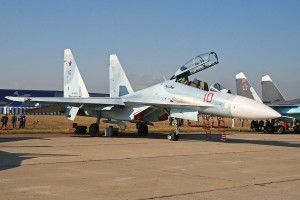 For the first time in many years, Russia and the United States find themselves backing different sides in a civil war and just a few day ago, the U.S. announced that it would send in Special Forces to give advice and training to fighters in Syria in addition to the air strikes it is presently carrying out. On the surface, the Russians and Americans are both in Syria to stop the Islamic State’s continued expansion but the Russian planes have been reportedly striking fighters who are not affiliated with ISIS but are fighting the government of Bashar Al Assad that Russia supports. The Americans are training some of these same groups to help them overthrow Assad and the limited involvement could get out of hand quite quickly.

As the war had dragged on, more than 4 million people (according to the United Nations) have fled the conflict and hundreds of thousands of them have been pouring into Europe. Almost alone among her colleagues in the European Leadership, Angela Merkel struck the right tone (in my view) in welcoming the refugees but her initial reaction has given way to closing Germany’s borders and has also provoked a wave of anti immigrant feeling in Germany and across the continent that might cost her party the next election and has given new fuel to the partisans of taking the UK out of the European Union. Without Ms. Merkel in charge, it is unclear if Germany will continue to provide Europe with the leadership it appears to need and without that, than the entire project may start to unravel in the coming years. A deeper question which I addressed in a post on this topic is what does the European project mean if it does not live up to its values and reach out to refugees in their time of need?

In a desperate attempt to halt the flow of immigrants, the EU has reached out to Turkey with the promise of money and eventual admittance into the EU. Turkey meanwhile has also sent its military across the Syrian border in recent weeks but it seems that the target was not ISIS but the Kurdish forces who have been fighting it! In what used to be Iraq, the U.S. works closely with the army of Iraqi Kurdistan, the Pershmerga, who so far seem to be the only local army able to defeat ISIS on the battlefield. While all of this is going on, there was a horrific terrorist bombing in Turkey which the government was quick to blame on Kurdish revolutionaries but that others suspect is in fact a government plot to rouse opinion against the Kurds and cover up its own corruption. 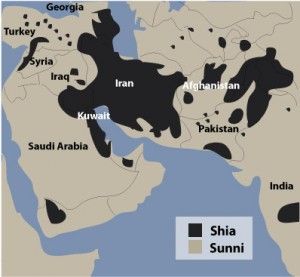 Another way to understand the conflict in Syria is that it pits Iran and Assad’s Shia governments as well as Hezbollah on one side and Saudi Arabia, Bahrain and other Sunni monarchies on the other. ISIS and other rebel groups are Sunni and the religious overtones of the conflict can not be overstated. As discussed last Spring, the conflict in Yemen is possibly the first phase a a larger Shia-Sunni conflict which has the potential to engulf the Muslim middle east in a much wider war. Such a conflict has the potential to not only inflict endless misery and destruction on tens of millions but to potentially disrupt world energy markets and halt the slide in oil prices discussed a couple of weeks ago.

In his newest book, World Order,  the 92 year old, former U.S. Secretary of State, Henry Kissinger, makes a sweeping recap of modern history and questions whether the world will be able to build a system of interlocking self interest that will be able to tame the myriad interests, ideologies, and religious logic currently operating across the planet. 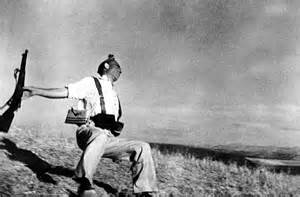 In 1936, Spanish troops rose up against the elected government in Spain in a conflict that would become the Spanish Civil War. At the time, the western powers declared to not interfere in what was considered a domestic struggle. The Nationalist rebels did receive material, economic, and military assistance from fascist Italy and Germany and the Republicans received assistance from communist Russia. What also happened during the conflict is that the two sides grew farther and farther apart ideologically as their respective benefactors supported a hardening of Spanish positions according to their own geo-political world views and designs. The nationalists became more fascist and the republic more communist as a direct result of their funding sources.

Many historians believe that the result of the civil war in Spain led directly to the trauma and agony of World War II. My concern is that our approach to Syria may have the same level of consequences if not done very carefully!