One advantage teaching at IESE Business School is that we get a few weeks off between Christmas and the 7th of January every year. A related disadvantage is that most of us have to submit our first semester grades immediately after the holidays so a big part of the “vacation” time is usually spent grading.

Amongst my classes this year were a course on the implications of globalization on business during the Shanghai module of our Global Executive MBA program and a course on environmental sustainability in the second year of the Full Time MBA.

In both classes I asked the students to record their thoughts on these two topics in video blogs and the results were not only compelling but truly interesting. Learning from our students is truly the biggest advantage in working in an institution such as IESE Business School! 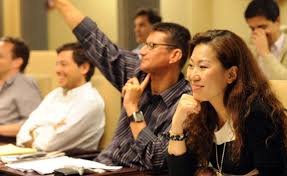 What impressed me most of the students in the Global Executive MBA is that while they overwhelmingly see globalization as a net positive force in the world, they also have few illusions about its darker side. Issues such as income inequality, the loss of manufacturing jobs in some economies and a growing sense of alienation from the emerging global consciousness were all themes repeated in the different video blogs.

One very insightful comment linked the rise of fundamentalism and the barbaric violence of the Islamic State and other terrorist organizations to this sense of loss of control in the face of an increasingly interconnected world.

The students also were generally sympathetic to my colleague Pankaj Ghemawat‘s assertion that the world is not as globalized as we think it is and that we are living in a period of what he calls semi-globalization rather than the flat world described by Thomas Friedman.

A final idea was that globalization is not new and to a large degree the wars and protectionism of the last century was an historical aberration. 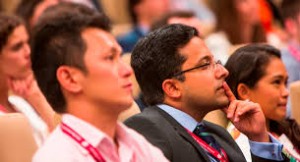 What I found most moving in the video blogs from this course, which is largely based on my book on the subject, is how concerned and committed this group of 28-30 year olds are. They speak with passion and conviction of the need to find new business models which reduce waste, pollution, desertification and eventually can tackle climate change.

At the same time, the students also recognize the complexities of the issues at hand and see how business needs to balance the legitimate concerns of shareholders with broader environmental issues and recognize the role that investment capital will play in this process.

Finally what struck me most about these students is their genuine faith in their own abilities to make a difference despite the complexity of the issues at hand. The course, like all of our second year courses is an elective so generally the students who took this course were already interested in the topic. Many are, in fact, involved in a conference they organize every year called Doing Good Doing Well and I urge anyone with an interest in the topic to come to Barcelona on the 26th and 27th of February for the event.